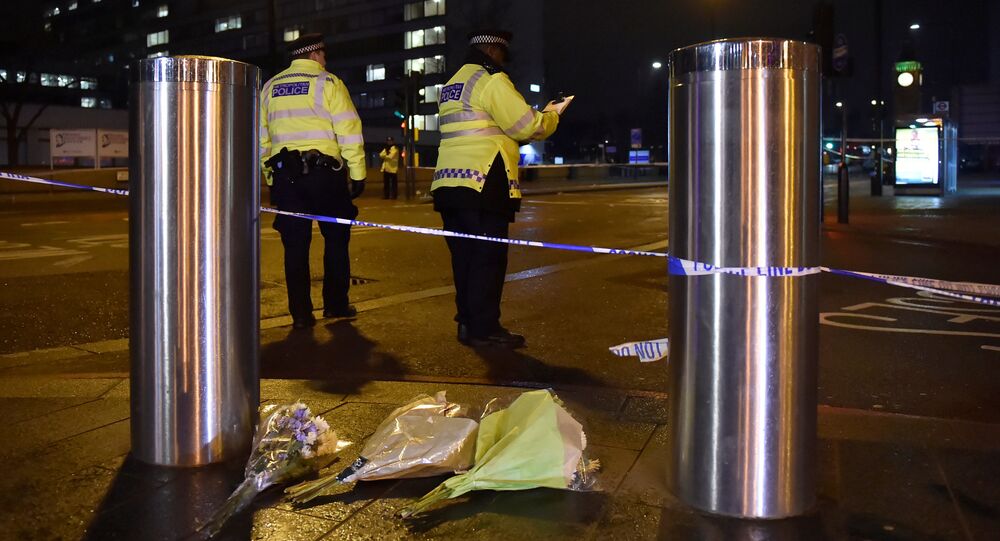 The attack on the British Parliament is a terrible tragedy and a hideous crime.

On March 23, Daesh terrorist group has claimed responsibility for the deadly Westminster attack in the British capital.

This fact should underscore a bitter truth that Western political establishments persist in resisting.  This is that it is impossible to fight terrorism effectively in Europe if it is supported — however discretely — in the Middle East.

The origins of today’s Jihadist movement go back to the 1980s when Western governments, including the British government, actively supported the Jihadist war against the Soviet backed in Afghanistan.  This war radicalised a whole generation of young Muslims in Europe and the Middle East, with the active support of Western governments.  I well remember the articles and documentaries supporting the Jihadist struggle in Afghanistan which proliferated in the Western media at this time, which included turning a blind eye to Jihadi atrocities in Afghanistan and to the role Jihadi groups were playing in heroin trafficking, which caused an explosion in heroin addiction in the West (especially in Britain) at that time.

NatroNet 🔗 Teknobin
Daesh Trying to Open New Front Using Turkey as Gateway
More pertinently, this support for the Jihadi movement in Afghanistan led to the British authorities turning a blind eye to the establishment of a Jihadist network in mosques and community centres across Britain.  There were rumours at the time — never fully confirmed or denied — that an implicit agreement had been reached between the British authorities and Jihadi leaders that the British authorities would tolerate their activities in Britain provided they undertook no violent action on British soil.

To add to the toxic brew, it was also roughly at this time that a wave of funding from the Gulf region transformed the teaching of Islam in British mosques and Muslim community centres, changing Wahhabist/Salafi doctrines from a marginal influence within Britain Islam increasingly into its mainstream.

The British authorities have struggled to get on top of these Wahhabist/Salafist Jihadist networks that were established in Britain in the 1980s ever since.

Needless to say this has given fresh life to the Jihadist networks which have become established in Britain, further radicalising a section of British Muslim youth, and legitimising Jihadism amongst them.

The result is that there has been a regular trickle of British Muslim volunteers joining the Jihadi struggle in Syria, where they have learnt to bear arms and become further indoctrinated in Jihadist ways of thinking.  To the British government’s embarrassment some of them have become so radicalised that they have become suicide bombers.

To compound the folly of all this, at the same time that the British government has been de facto supporting the Jihadists’ struggle in Syria, it has also been acting in a way that can be made to fit in with the Jihadists’ narrative of a Western/Christian plot against Islam.

© AP Photo / Rahmat Gul
Never-Ending War: Afghanistan Wants More US Troops to Fight Daesh, Taliban
In 2001 and 2003 Britain participated in the US invasions of Afghanistan and Iraq, Britain has become an increasingly uncritical supporter of Israeli actions in the Palestinian territories, and more recently Britain has joined the US’s anti-Daesh coalition in Iraq and Syria, even if its actual military contribution to the anti-Daesh struggle has been minimal and ineffective.

The result unsurprisingly is that Britain, along with other Western countries, now finds itself home to an indeterminate number of angry, violent and deluded people, who it simultaneously supports and fights against.

That this is a recipe for disaster should hardly require explanation.  Tragically that disaster has now  happened.

If Jihadi terrorism is to be defeated — something by the way which is fully possible — then the point has to be grasped both in Britain and the West in general that terrorism is not terrorism only if it happens in London or Paris or Brussels or Nice.  It is also terrorism if it happens in Aleppo or Mosul or Grozny or Damascus.  Jihadi terrorism has to be fought everywhere it happens, not simultaneously opposed and supported in order to achieve some nebulous geopolitical objectives of no interest to the Western public.

Unfortunately we seem in Britain to be as far away from that realisation as ever, and until it finally comes there can be no confidence that the tragedy in London will be the last one.