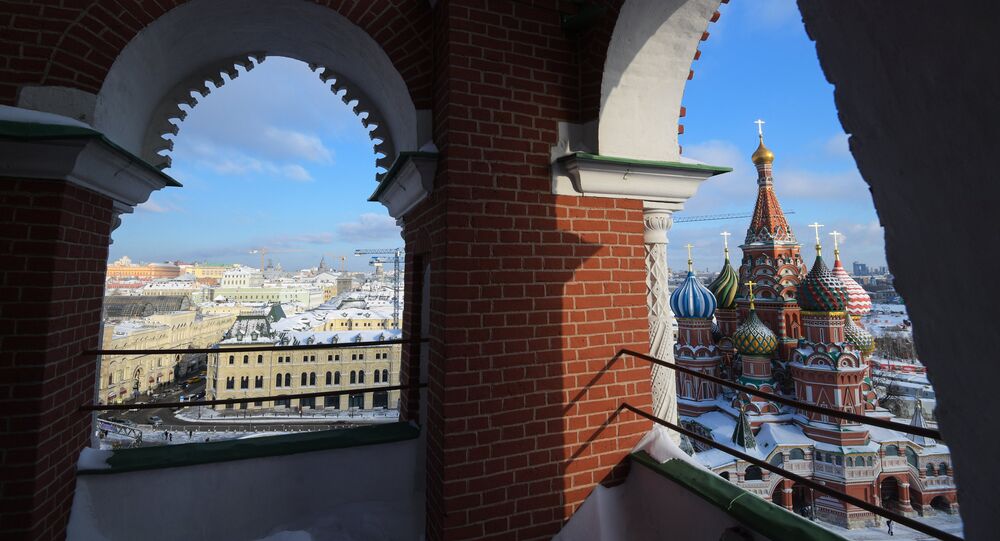 Western irrational fear of Russia – Russophobia – is no longer a random prejudice. It has become endemic pathological thinking among Western states.

Divorced from reality this mindset has become psychotic.

© Sputnik / Ramil Sitdikov
Keep Calm and Blame Russia: 'Was There a Coup Attempt at All' in Montenegro?
Western politicians, military leaders and corporate news media increasingly blame Russia for all manner of perceived transgressions. Whether it is alleged interference in national elections or alleged aggressive military maneuvers, the unremitting demonizing of Russia is astonishing.

It is all the more astounding because the anti-Russia accusations are leveled with such high-handedness and yet with so little evidence to support.

This week saw outlandish claims in British media of Russia sponsoring a coup in the Balkan state of Montenegro and of trying to assassinate the country’s prime minister. No evidence provided. Just sensational, irresponsible innuendo. The gravity of this slander is enough to start a war, and yet it is spouted with reckless abandon. Only a few weeks ago, US media were also calling Russian President Vladimir Putin a “killer”.

Then we have American lawmakers intensifying investigations into unfounded allegations of Russian hacking of the US presidential election and of “treasonous” contacts with the new Trump administration. Rabid US politicians have even labelled the alleged Russian misconduct an “act of war”.

That has in turn led to British, French and German claims that Russia is interfering in their elections. Similar fears of Russian hacking and “influence campaigns” have been issued for elections in the Netherlands, Italy, Poland, Bulgaria and Estonia, among other places.

Pixabay
Those Pesky Russians! Hacker Hysteria Reaches Germany Ahead of Tricky Federal Elections
Sometimes, reality intrudes on fantasy, when for example German state intelligence concluded recently that there was actually no evidence that Russia was involved in any kind of subversive hacking.

Most of the time, however, the impetuous accusations and feverish speculation continue unbridled.

But on reading the article, there is no “clear evidence” presented to back up the tendentious anti-Russian claims. Indeed, no evidence at all. The whole allegation was based on claims made by anonymous “security sources” and reference to other unproven stories, such as the alleged hacking of the US election.

© Sputnik / Grigoriy Sisoev
Western 'Crusade' on Media Freedom: Why Reports on 'Russian Fake-News' Are Fake
This kind of fake, unethical journalism that has become a staple in Western media with regard to Russia. Whether it is allegations of Russia probing electoral processes or probing territorial air space and waters, the entire thrust of the Western media relies on innuendo, prejudice and disinformation. All told in a relentless, unquestioning fashion by the gamut of Western mainstream media outlets.

In plain language, this is nothing but anti-Russian propaganda disguised as public information.

When such propaganda becomes a systematic form of public discourse then it can be said that the mindset has moved dangerously beyond a condition of reprehensible Russophobia, to one of collective psychosis.

© REUTERS / Kevin Lamarque
Key Reasons Why Appointment of New US National Security Adviser a Worrying Signal to Russia and the World
And this affliction among Western states seems to be worsening. The appointment by US President Donald Trump this week of Lt General HR McMaster as his National Security Adviser was greeted with applause among hawkish lawmakers in Congress.

The cause for their celebration is because McMaster is seen as having staunch “anti-Russian views” – unlike his ousted predecessor, Michael Flynn, who reportedly wanted to restore friendly relations with Moscow.

Klintsevich added that “Washington’s Russophobia is increasing, not weakening.”

Not surprisingly given the relentless anti-Russian “news” saturating Western media, a new Gallup poll found that favorability among ordinary Americans towards Russia has plummeted. Four years ago, some 50 per cent of Americans had a friendly view of Russia. Now, the figure is down to 28 per cent.

This is a clear example of “perception management”, whereby a constant flow of negative, fear-mongering information results in a diminished view of Russia. This is exactly how a propaganda system is supposed to work.

© AFP 2020 / SERGEI SUPINSKY
Azarov's Bombshell: Ukrainian Ex-PM Reveals Who Was Behind Maidan Sniper Deaths
Again, all the allegations against Russia are either baseless or completely fabricated. For instance, Russia did not invade Ukraine, as claimed. It was the US-led NATO alliance that orchestrated the violent overthrow of an elected government in 2014. The Western-backed regime that seized power in Kiev has been waging a genocidal war of aggression on ethnic Russians in eastern Ukraine ever since. Yet Western media and governments upturn reality and accuse Russia of “destabilizing Ukraine”.

When people are so prone to powers of persuasion against all reason and reality then that is proof of brainwashing.

When a Russian communications naval vessel in international waters off America’s east coast is hysterically portrayed as sinister, yet US warships are daily patrolling Russia’s Black Sea without a hint of disquiet among Western media then, again, the dissonance should raise skepticism.

© AFP 2020 / ADALBERTO ROQUE
Much Ado About Nothing: Why Russian Ship Off US Coast is No Cause for Concern
Or when Russia is constantly accused of electoral interference in Western countries and of broadcasting “fake news” yet Western media themselves pump out fake news on Iraq, Syria, Libya, Iran and much more, and don’t even ponder that the United States is documented to have illegally interfered in the elections of over 80 nations – then we should at least suspect there is something wrong with this informational picture.

Russophobia has become such a pathological condition in Western discourse it’s not even recognized.

This week, the London-based rights group Amnesty International published its annual report. It deplored “powerful narratives of blame, fear and scapegoating” spreading across the globe. And it attributed rising political populism across the West as being responsible for all sorts of ills, mentioning “Islamophobia, racism, sexism, xenophobia and misogyny”.

Amazingly, perhaps the single most dangerous “powerful narrative of blame, fear and scapegoating” operating in the world is Russophobia – and it is not even mentioned by Amnesty. Of course, being a pro-Western lobby group no doubt conditions the rights organization to being blind to or indeed complicit in the mindset of Russophobia. That it could ignore such a destructive, insidious phobia shows how effective the Western propaganda system is.

Granted, there are many people within Western states who dissent from the systematic slander of Russia. Many of these people are no doubt switching off traditional Western news programming (sic) and turning on Russian alternatives – despite Western disparagement of Russian outlets.

Nevertheless, what we have are entire Western states, their governments and media ranting day in, day out about alleged Russian malfeasance around the globe. Defeating Western-backed terror groups in Syria is traduced to become “supporting a tyrant dictator”. Helping oppressed ethnic Russians in Donbas is twisted into “destabilizing Ukraine”. Protecting Russian sovereign territory against aggressive NATO escalation on its borders is inverted to become “threatening Europe”.

Not even the most authoritarian regime imaginable could invent such an efficacious propaganda system, ironically managed by an information market that declares itself “free and independent news”.

Western Russophobia has become psychotic because the fake news and lies are not even recognized as such. Indeed they are believed to be the “truth”. Instead of setting free, this “truth” is enslavement into accepting anything – even a nuclear war.