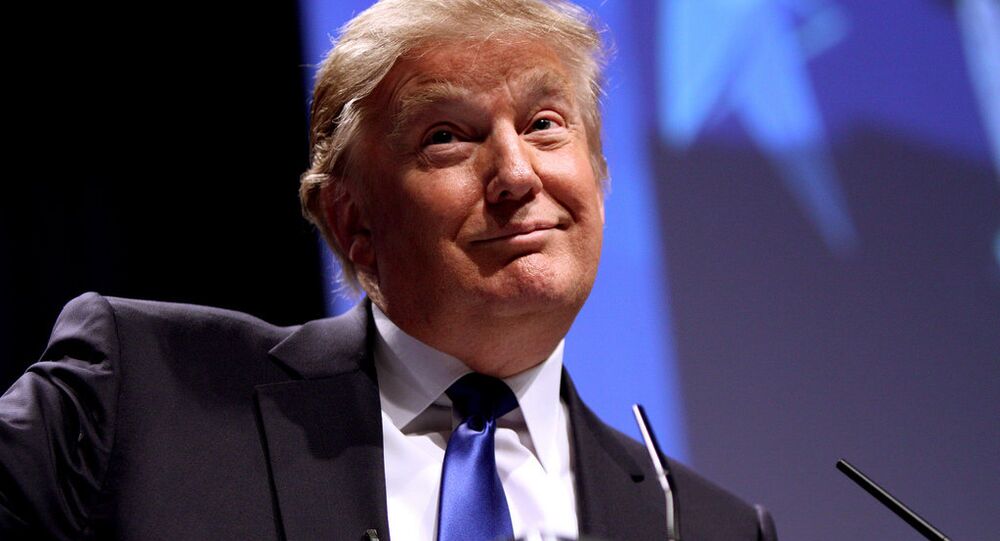 The US Deep State coup against President-elect Trump has taken on a new twist, with salacious-dripping innuendo that Russian agents have "explosive" blackmail material on the billionaire property magnate.

© Flickr / Frederick Dennstedt
'Clueless' US Intel Report on 'Russian Hack' Becomes a 'Laughingstock'
Both the Russian government and Trump have rejected the claims as "fake news". And to discerning observers it is clear that Russia and Trump are most likely telling the truth.

What is going on here is a classic "dirty tricks" operation to smear the incoming president and to intimidate him into toeing the policy line of the unelected powerful rulers of the US – the Deep State.

The reported involvement of British intelligence operatives is also indicative of a "psychological op" given that the latter are past masters at forgery and slander.

Specifically, the powers-that-be want Trump to capitulate on his skepticism about their "intelligence" claims that Russia hacked the US presidential election in November. If Trump does not toe the line, then he is liable to be impeached as a "foreign agent" or have his character assassinated.

© REUTERS / Carlo Allegri
Trump Slams Media 'Witch Hunt' After Latest Unverified Russia Connection Claims
Or worse, taken out by "executive action" in the ignoble tradition of the CIA as seen over the decades with many other political leaders who stood in the way of the Deep State. John F Kennedy in 1963 shows that being an American citizen offers no protection.

In telltale fashion, anonymous US officials, citing anonymous intelligence agents, are leaking like a sieve to the reliably receptive corporate media "unverified reports" alleging that Russian spies have "compromising" personal information on Trump.

So ropey are the claims of Trump's alleged "perverted conduct" that it is hardly worth repeating them here. But it is important to note that the US media are giving these "unsubstantiated reports" of sexual exploits in a Moscow hotel wide coverage without any attempt to verify them.

The US intelligence claims have also been widely circulated among top Congressional lawmakers.

This is all suggestive of a deliberate, coordinated campaign to pollute the information space. In short, to smear Trump.

© Flickr / Gage Skidmore
This is Why Smear Campaign Against Trump Will Not Wind Down After His Inauguration
There is so much inverse-projection going on here. The US intelligence agencies are implying that Russian state forces intend to "coerce" Trump by blackmail when he formally becomes president after his inauguration on January 20. This "coercion", it is alleged, will be possible because the Russians have gathered highly compromising information on Trump while he was allegedly staying at the Ritz Carlton in Moscow back in 2013.

The reality is that it's not the Russian secret services doing the "coercing" but rather American spy agencies of the Deep State – principally the CIA.

US intelligence are also claiming that the alleged Russian blackmail is part of a five-year Kremlin plot to groom Trump for the presidency, which included offering him lucrative financial incentives. It is also claimed that Russian state agents were in communication with Trump's election campaign team.

OK, enough of the amateurish fantasy-telling. We are only in danger of doing the work of the CIA by recounting this nonsense.

© AFP 2021 / SAUL LOEB
New US Sanctions: 10 Days Remain for Obama Administration to 'Complicate Ties With Russia Even More'
Nevertheless, we have to delve a little to appreciate the mechanics of the dirty operation unfolding.

During the election campaign, the Deep State's favored candidate was Hillary Clinton owing to, among other assets, her belligerent views towards Russian leader Vladimir Putin. Trump was routinely denigrated in the corporate-controlled media as a "Russian stooge" because of his opposing view expressing the desire to restore friendly relations with Moscow.

To the Deep State's horror and surprise, Trump won the election on November 8. That's when its retrograde operation kicked in.

Since then, the Deep State and its political operatives in the Obama administration and Congress, in concert with media assets, have been fervently trying to discredit Trump's mandate with relentless claims that Russia hacked the US election to favor Trump over Clinton. The Russians did this, it is alleged, by releasing damaging information on Clinton's connections to Wall Street and regime-change plots in the Middle East.

© REUTERS / Carlo Allegri/File Photo
Gathering of Compromising Data on Trump Financed by Democrats, Republicans
What is astounding is the fact that the information on Clinton is authentic and damning of her corruption and criminality. But the US political establishment conveniently ignore that aspect, and instead are conducting a witch-hunt against the alleged Russian messenger, its alleged Wikileaks conduit and its alleged beneficiary – Donald Trump.

The climax of this disinformation campaign was reached last week when the chiefs of the misnamed US "intelligence community", led by James Clapper, the Director of National Intelligence, briefed Congress and released a report on their findings.

The trouble for the spooks was that the much-anticipated report into alleged Russian hacking went down like a lead balloon. The anti-climax was stunning because the US intelligence claims were widely seen to be duds, blanks, damp-squibs, and certainly nothing like a smoking gun incriminating Russia, and by extension Trump.

Realizing that they had misfired big time, the Deep State operatives quickly moved to up their game.

First, they began exerting pressure on members of Trump's transition team and his cabinet picks to accept the claims of Russian hacking.

Last weekend, Trump's designated chief of staff, Reince Priebus, was browbeaten by various media interviewers to say whether Trump accepted the intel claims that Russia hacked the election. Priebus appeared to wilt under the pressure and mumbled unconvincingly that Trump had come around to accepting the assessment. The media then fog-horned that admission as if it was a moral victory over Trump.

© Sputnik / Alexei Druzhinin
Top-5 Facts You Need to Know About US State Sec-to-be Tillerson and Russia
Then during this week's Senate hearings on Trump's prospective cabinet members, lawmakers continually badgered Jeff Sessions, for attorney general, and Rex Tillerson, for secretary of state, on whether they accepted the US intel claims on alleged Russian hacking. The atmosphere of the proceedings had the hallmarks of a witch-hunt.

Evidently, the game plan here is to drive a wedge between Trump and his incoming cabinet, aimed at forcing the new president to acquiesce or else see his new administration in shambles.

Notably, however, Trump has maintained silence on the issue this week. Previously, he has been derisive about "ridiculous" CIA allegations of Russian cyber attacks. Moreover, after his so-called "briefing" last week, Trump commented that only a "fool" would not want to have good relations with Russia.

Hence the latest twist of "secret reports" about Trump"s alleged sexual perversion in a Moscow hotel. And, to boot, Russian spies tapping the "shenanigans" of Trump to the extent that he will be their obedient stooge in the White House – lifting sanctions imposed by his predecessor Barack Obama and reversing the build-up of NATO forces on Russia's border.

Just like a medieval inquisition, the "heretic Trump" is being subjected to increasing measures of coercion, as if on the rack.

The scowling inquisitors – the intelligence nuncios and Congressional prelates – are demanding that Trump bends the knee and submits to the authority of the Deep State and its anti-Russia agenda.

Unable to thwart his election, the Deep State inquisitors, aided by their assets in the media, are exercising their next best option, which is to disembowel Trump of any autonomy. He will not be permitted to pursue a sane, friendly relation with Moscow because that is anathema to the warmongering agenda of the US Deep State towards Russia.