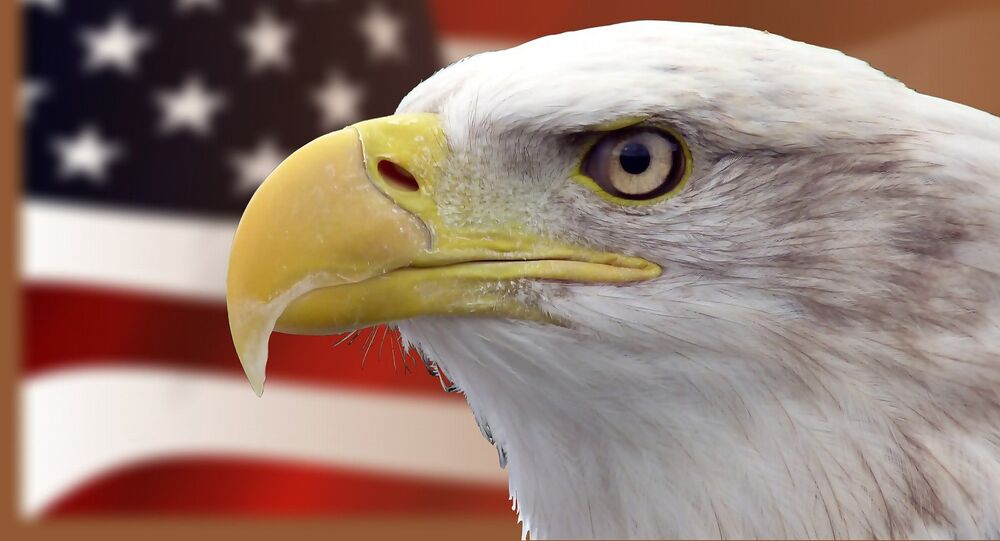 US Aims to Break Russia With Arms Race

Alarm bells about a new arms race between the US and Russia went off this week around the world. President-elect Donald Trump reportedly told US news media "let's bring it on" after Russian leader Vladimir Putin earlier called for a "strengthening" of his country's nuclear capability.

Moscow later clarified that it had no intention of inciting an arms race. Trump’s side though remained ambiguous about what the new president meant by “greatly expanding” the American nuclear arsenal.

© AFP 2021 / JANEK SKARZYNSKI
Russia Will Not Be Dragged Into a 'New Arms Race Imposed by US, NATO'
There is a seductive strategic incentive for Washington to incite a nuclear arms race with Russia. The main objective is not to launch an eventual catastrophic war in which neither side would survive. But rather the objective is to break Russia financially. It’s still a kind of warfare, albeit in a different form.

That outcome of breaking Moscow financially would, in turn, lead eventually to Russia’s subjugation by the US. Russia and its rich natural resources would henceforth be just just another domain ruled over by American capital. And geopolitically, Washington would have a free hand to kick the rest of the world around in the absence of any counterweight from a strong Russia, as recent events in Syria all too well illustrate.

The precedent for this war-by-finance scenario can be best seen during the US presidency of Ronald Reagan in the 1980s. Arguably all through the Cold War decades, since the Second World War, the US and its NATO military alliance always acted aggressively towards the then Soviet Union. The latter was continually obliged to divert inordinate economic resources to maintain some kind of defensive parity.

During the Reagan presidency, the US embarked on a surge in military spending which inevitably induced the Soviet Union to respond likewise. Both countries incurred massive financial problems owing to the accelerated arms race. In the case of the Soviet Union, the unsustainable arms expenditures led to the collapse of its economy, and consequently its political system dissolved in 1991.

© Sputnik / Pavel Kononov
Nuke Race 2.0: US 'Umbrella' Strategy Forced Russia to Increase Own Capacity
However, in the case of the US, it could postpone financial and political disaster because the American dollar as the top international reserve currency allowed Washington to simply keep printing dollars and pile up a mountain of debt. A quarter of a century after the official end of the Cold War, the US stands out as the biggest debtor nation on the planet with a total of $20 trillion in arrears. A day of reckoning is long overdue.

In other words, the US appeared to win the Cold War, not because of superiority from its political, economic or military systems over the Soviet Union. On the contrary, it was only because the US could print money and pile up debt with seeming abandon that gave it a decisive edge; whereas the Soviet system had no such privilege to offload its financial problems on to the rest of the world.

Russian President Vladimir Putin is therefore prudent when he said this week that he would not allow his country to once again become embroiled in any arms race with the US. One suspects that Putin and his advisors have studied history well and understand that such an arms race – if precipitated – would lead to much more grievous economic and political problems for Moscow than it would for Washington; simply because of the peculiarity of US dollar being unfairly privileged by the global financial system.

Nevertheless, one also suspects that an arms race with Russia is exactly what powerful elements within the US ruling system want.

© REUTERS / Ints Kalnins
NATO 'Might Not Survive a Donald Trump Presidency'
There are several reasons for this. Firstly, American capitalism would not function without the lifeline of government subsidies in the form of its elephantine military-industrial complex. Every year, Washington spends some $600 billion on military – about half of the total government expenditure on education, health and public welfare. Taken together, the US and its NATO allies spend about ten-fold on military sectors what Russia does.

American capitalism as a supposedly “free market”, “private enterprise” system is a myth. In reality, it is, by contrast, a centrally planned, subsidized support system for elite profit-making. Massive US military spending year-on-year is crucial to the support system for this kind of economic parasitism. Logically then an arms race induced against Russia would be a welcome boon for the military-industrial complex of corporate manufacturers, Wall Street bankers and mega-rich shareholders.

Trump seems to be aware of this, given his recent admonitions to Lockheed Martin over its exorbitant, publicly subsidized program to build the F-35 fighter jet. Whether Trump is willing to overcome the parasitical nature of the US military-industrial system is another question. It’s doubtful. For what is required is a systematic change brought about by a mass political movement, which Trump, the capitalist billionaire magnate, certainly does not represent.

Another compelling reason for why the US desires an arms race with Russia is that statecraft planners and ideologues in Washington know well that such an escalation would lead to a repetition of the old Cold War strategy of breaking Moscow through a futile financial hole-digging competition.

Russia, as virtually every other nation is, is limited by how much of its economy can sustain military spending. Not so the Americans. Washington can pile up debt with impunity for as long as the global financial system relies on the dollar as the primary reserve currency.

© Sputnik / Alexei Nikolsky
Russia and Vladimir Putin Seem to Be Preparing for 'Serious Changes in Global Politics'
This scenario of aiming to break Russia through financial warfare as triggered by an arms race would also explain why the US-led NATO alliance has intensified its goading of Moscow in recent years. The pretext of “defending Europe” from “Russian aggression” is transparently ludicrous. Contrived grievances of Russia “annexing Crimea” are orchestrated in order to give Washington and its NATO lackeys an excuse to ramp up militarism on Russia’s borders.

Any sane person can see that the objective situation is one of NATO aggression and intimidation towards Russia, in complete reversal of what the Western governments and their servile mass media allege.

This would also explain why the US unilaterally walked away from the anti-ballistic missile (ABM) treaty in 2002. Washington needs to foster instability and insecurity because its otherwise bankrupt economy is only propped up by such instability and war proneness.

The real purpose is not to instigate World War III with Russia, but instead to coerce Moscow into another disastrous arms race.

It is essential that Russia continually strengthens its defense capability. That means upgrading existing systems. The key word here is “strengthening”. Putin was not referring to “expansion”. He was specifically talking about optimizing military capability by being economically and technically efficient.

© Sputnik / Ruslan Krivobok
This is Why 'Russian Military is Stronger Than Any Potential Aggressor'
The reckless warmongering by Washington is a decades-old tendency since the Second World War. Unfortunately, European allies are too subservient or ideologically malleable to stand up to this American belligerence. In that case, Russia must always be vigilant to have the best defense systems to deter any American ultimate aggression.

Putin proudly referred to Russia being capable of defending itself against “any aggressor”.

However, at all costs, Russia must avoid an arms race that would shatter its economy and eventually its national sovereignty. That is exactly what American adversaries want.