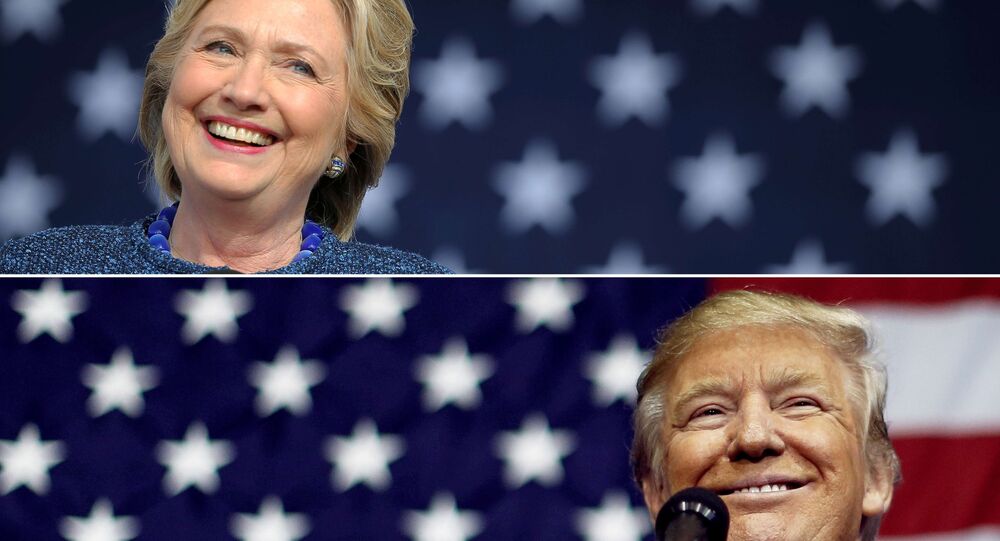 Trump or Clinton: Who'd be Best for Britain?

Given the very close ties between the two countries and the way that the UK always follows the US in foreign policy, you could make a pretty strong case for allowing British citizens to vote in the US Presidential election. If so, then Hillary Clinton's victory would be all but guaranteed.

An opinion poll last month showed that Brits, by quite a large margin, prefer the Democrat nominee to the Republican, with 59% saying they would vote for Clinton opposed to just 8% for Trump. 79% of the Britons polled thought The Donald would be a poor or terrible POTUS, compared to 24% thinking the same of Hillary.

Donald Trump may own Turnberry golf course in Scotland — and claim Scottish ancestry on his mother's side — but it's clear that he's not the most popular politician in the UK. Which is ironic, as his foreign policies, if enacted, would arguably be much better for Britain and ordinary Britons than Hillary Clinton's.

Take Trump's line on Syria. He's made it quite clear that he regards Daesh (also known as ISIL/ISIS) as a far greater evil than Bashar al-Assad, something most British people — and indeed most sane individuals — would agree with.

He has called on the US and Russia to co-operate on defeating Daesh. This is in stark contrast to the position of HRC, who supports no-fly zones being imposed against the air-forces of Russia and the Syrian government, a provocative and highly dangerous policy which could lead to world war three with Moscow.

For Clinton and the neo-cons who back her, toppling the secular government in Damascus clearly remains more important than defeating Daesh.

Britain of course, follows what the US does, and so if Clinton wins, the UK could be embroiled in a major conflict. But if Trump prevails, a more sensible policy on Syria could emerge, which would be in Britain's best interests.

That view is shared by no less a personage than the former head of the British Armed services. Lord Richards has criticized Clinton's advocacy of no-fly zones in Syria and has said that the best way to end the conflict quickly is to "allow Assad to win" and then "turn on ISIS" with the Russians — as Donald Trump has called for.

A Trump win could also help Britain get a better and speedier post-Brexit trade deal with the US. While Hillary Clinton, like President Obama, was very keen for Britain to stay in the EU, to push for US interests inside the bloc.

Trump enthusiastically welcomed Brexit, hailing it as a "great thing."

If we get a President Clinton Mark Two, we can expect the US to do all it can to derail, or delay Brexit. Of course, if you want Britain to stay in the EU, that'd be good news, but if you're among the 52% who voted to Leave, a Clinton Presidency would be a worry.

There are areas though where a Clinton Presidency would outscore a Trump one from a British and indeed a global viewpoint.

Clinton's policies on climate change and the environment are weak enough, as Media Lens discuss, but Trump doesn't even think climate change is a problem.

Some would also argue that a Trump victory would embolden right-wing anti-immigration forces in the UK and lead to even more acrimonious and divisive politics than we have at present.

However, a pretty strong counter-argument is that the main beneficiaries of a Trump win in the UK would not be the right, but the non-racist, anti-globalist, populist left.

Socialists and communists in Britain, would be better off with a President Trump as his victory would show that elite-friendly Establishment gatekeepers can be beaten.

As WikiLeaks founder Julian Assange said in his recent interview with John Pilger, Trump has had almost the entire US Establishment "offside":

"Banks, intelligence (agencies), arms companies, big foreign money, etc. — it's all united behind Hillary Clinton. And the media as well: so, media owners and even journalists themselves."

If Trump wins the Presidency against such powerful forces, or even if he narrowly fails, then it will surely give hope to others who challenge the "extreme center" Establishment in their countries that they too can make a breakthrough. From the left, as well as from the right.

It might seem strange that the victory of an abrasive right-wing billionaire maverick in the US could be good news for a mild-mannered, bicycling left-winger like Labour leader Jeremy Corbyn in the UK, but by breaking away from the corrupt and stale politics of the "extreme centre" and sticking two fingers up at the gatekeepers, The Donald might just have done Jez and his supporters a huge favor.