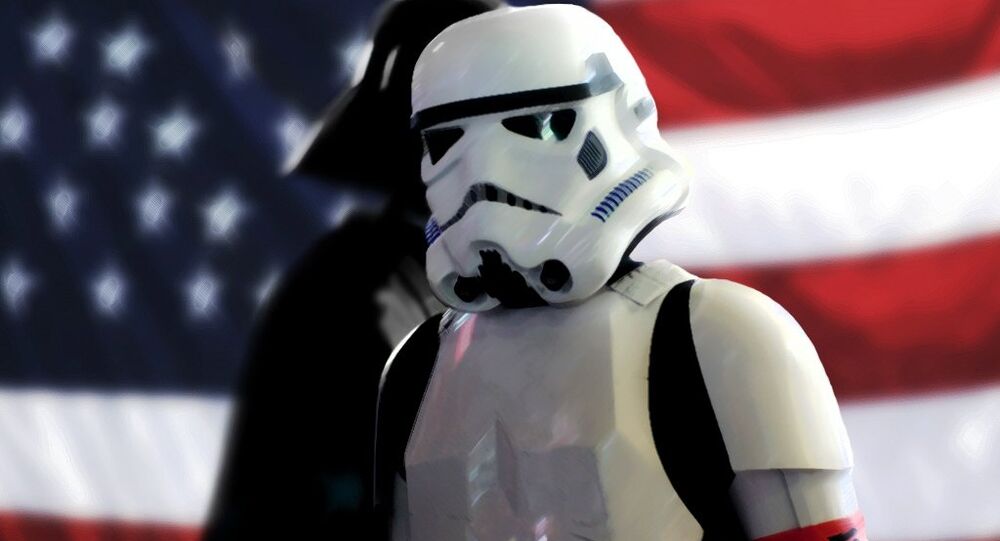 "Why Are We The Good Guys?" is the title of a brilliant 2012 book by David Cromwell of the media monitoring organization, Media Lens. The book challenges the dominant elite orthodoxy that whatever "mistakes" they may make, the US and its closest allies always mean well - and are an undoubted force for good in the world.

Well, that might have been true in World War Two, when the US, the Soviet Union, Britain and others were fighting the Nazis, but I wonder if there's anyone out there (and whose salary isn't paid by the US defense industry, NATO, George Soros or Rupert Murdoch), who would still claim that the US — and its closest allies — are benign actors in international affairs?

It's not just the effects of the Iraq war — an illegal conflict in which blatant lies about WMDs were told in order to justify a brutal invasion which led to the death of one million people and the rise of Daesh, also known as ISIL. In the past few weeks, we've had a number of reminders as to what the 21 century "US Empire" is really about — and the shamefully duplicitous way in which it operates.

Earlier in the month, we had the Colin Powell email leak, in which the former Secretary of State said that Israel had 200 nukes "all targeted at Tehran"and "we," meaning the US, "have thousands…"

© CC0 / NNSA / Nevada Site Office / The BADGER explosion
Email Leak: Colin Powell Reveals Israel Has 200 Nukes, ‘All Targeted on Tehran’
Even if Iran did develop nukes — then they wouldn't use them as they'd be deterred by the Israeli and US ones. Powell's email shows us what a scam the whole Iranian "nuclear threat" narrative was.

Remember, draconian sanctions were imposed on the Islamic Republic — sanctions which caused great hardship to ordinary Iranians — on the grounds that the country was secretly developing nuclear weapons, which would threaten the entire world. But Powell admits that the Iranians wouldn't be able to use a nuclear bomb, even if they had been developing one. Rather than being the "threat," Iran was the country threatened.

Then, a day after the Powell email story broke, we had the US — and other coalition "allies" — bombing the Syrian army at Deir ez-Zor, when the SAA was preparing to launch an assault on Daesh. The US said, the attack, which killed 62 soldiers and injured 100, was an "accident." Yet the SAA has been static in the area for some time.

Just imagine the repercussions if the Syrian air force had bombed and killed 62 US soldiers in the US…..https://t.co/Y0dXTGypzl

The attack was further proof (and there's been enough already), that the US' priniciple aim in Syria is not fighting Daesh and other terror groups, but to bring down the secular government fighting these groups.

It's noteworthy that while the US bombed the Syrian Army, Daesh  launched a simultaneous attack. Talk about "partners in crime."

Two days after the massacre at Deir ez-Zor, an attack on an aid convoy again showed us the US' true colors. Even though we still don't know whether the convoy was bombed from the air — the UN revised an earlier statement saying it was an airstrike — the attack was blamed on Russia and used by the US to make the case for  the imposition of a no-fly zone (NFZ) in Syria or, more accurately a "we can fly, but you can't zone."

The "Exceptional Nation" and its allies would, needless to say, not be subject to the NFZ — it would only apply to Russia and the Syrian Air Force!

How's that for Imperial arrogance?

The last time the US got its way with the imposition of a no-fly zone was in Libya and we can all remember how that one ended. A country which had the highest living standards in the whole of Africa, and which had an excellent education and health care system, was transformed, thanks to NATO, into a failed state and a haven for Daesh and other terrorist death squads.

Earlier in the month we had the UK Parliamentary report into the 2011 US-led Libyan "humanitarian intervention," which concluded — surprise, surprise — that decisions were not "based on accurate intelligence."

"The Government," the report said, "failed to identify that the threat to civilians was overstated and the rebels included a significant Islamist element," as indeed was claimed by Muammar Gaddafi, to much ridicule from western politicians.

Crucially, the report held "the proposition that Muammar Gaddafi would have ordered the massacre of civilians in Benghazi was not supported by the available evidence."

The US and its allies clearly want us to forget the lurid claims of "genocide" they made before the Libyan "intervention" and get us all on board the latest "humanitarian" campaign for a NFZ in Syria. Do they really think we are that stupid?

What we are seeing — either through leaks — or through events on the ground is the full exposure of the "US Empire."

Policies on the ground which aid the very terrorist groups we are being told our governments implacably oppose. Countries which pose no threat whatsoever being defamed as countries which threaten the entire world. Atrocities being blamed on the "other side" without evidence. A refugee crisis of Biblical proportions caused by Washington's policy of endless war.

As bad as things are today though, they could get even worse if Hillary Rodham Clinton is elected US President in November. Clinton, who as Secretary of State, played a key role in the destruction of Libya, and helped set fire to Syria, has the backing of Wall Street, the military-industrial complex and the most fanatical neocon hawks out there.

These serial warmongers want Assad — the protector of Syrian's Christians and other religious minorities — out of the way very quickly, so that the US can then move on to Iran. And then on to Russia.

The question is, why aren't more people talking about what the US has been up to and the great dangers the citizens of the world face on account of its aggressive, expansionary policies?

As the Nobel Prize winning playwright Harold Pinter stated, when receiving his award in 2005:

"The crimes of the United States have been systematic, constant, vicious, remorseless, but very few people have actually talked about them."

We need to talk about the crimes committed by the US — and very loudly too — if we're to finally end the bloodshed and get the world back on a more progressive path. For history will not forgive us if, having seen the "US Empire" unmasked, we remain silent.

US Destroying Libya's Cities Without Plans to Rebuild, Support Government