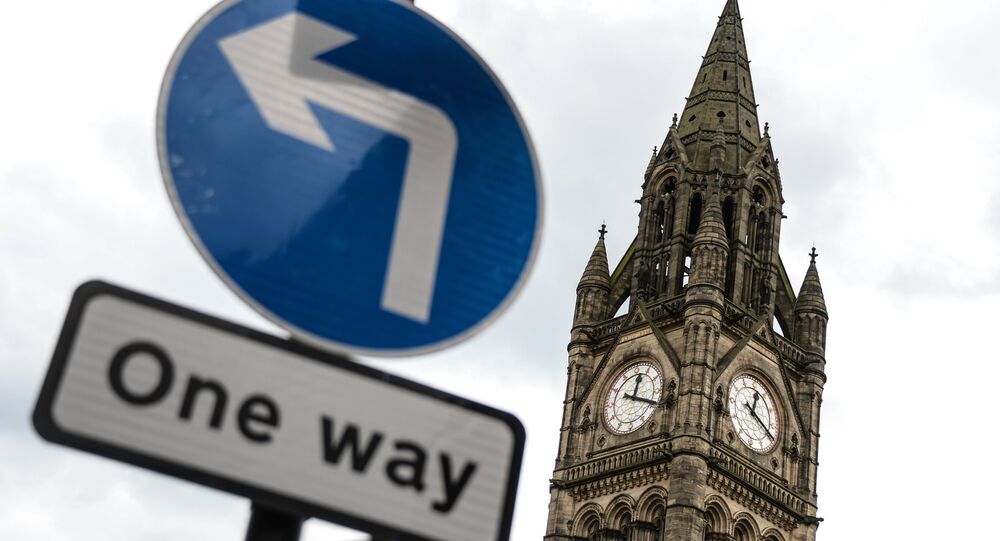 All political hell is breaking loose in the UK. The Prime Minister is no more – a post-modern version of Monty Python’s Dead Parrot Sketch.

A nasty, stiff upper lip Tory battle for power is mirrored by a Labor insurgency; that, in itself, would warrant a brand new Python sketch. The general level of “debate” is ghastly. In parallel, British establishment icons want Brexit to be simply ignored (“unlawful”, “illegal”) or remixed, so the unwashed (white working class) masses will be forced to vote the right way.

© Photo : Pixabay
EU Political Leaders Call for Massive Shake Up After Brexit Blow
An army of lawyers told the House of Lords that yes, Britain should change its mind, albeit with “substantial political consequences”. As the British establishment reasons the EU, after all, does have vast experience on the matter. Denmark voted against Mastricht in 1992, Ireland voted against both the Nice treaty in 2001 and the Lisbon treaty in 2008. The EU trampled them all.

For its part, the EU seems to be exhibiting a united front. Out is out. And preferably, fast. Brussels is practically forcing London to get a move on so an embattled EU can get to work to – in theory – get its own act together.

Eurocrats, off the record, stress that even “fast” won’t be fast enough – because London has been self-marginalizing itself for two decades now. At the same time they expect that the more the disastrous consequences of Brexit are self-evident, the more reasonable Brits will be.

© AFP 2021 / Daniel SORABJI
Five Steps UK Will Have to Go Through to Withdraw From EU
The official narrative now emanates from the new power troika – German chancellor Angela Merkel, French president Francois Hollande and Italian Prime Minister Matteo Renzi. Countless Europeans would flinch at buying a second-hand Fiat from these people. But still, they’re the new troika, and their message is clear. Article 50 invoked as soon as possible; no negotiation without notification; discussing our future relationship, fine, but only after you formally ask for a divorce.

Welcome to the remixed EU

Into this toxic environment steps in – surprise! – US Secretary of State John Kerry. Brexit can even be “walked back”, he volunteers – in a Dead Brexit Walking way. Apparently Kerry was very impressed that David Cameron told him, this past Monday in Downing Street, that he would never invoke Article 50 and was powerless to “start negotiating a thing that he doesn’t believe in”.

Kerry is sure there are a “number of ways” his Dead Brexit Walking scenario would work. Naturally he can’t admit in public what terrifies the lame duck Obama administration. It has nothing to do with the UK going to the “back of the queue” – White House terminology – to renegotiate a trade deal with the US.

This is all about no more American Trojan Horse in Brussels. No more TTIP. Germany and France making all big European decisions without a Five Eyes looking in. No wonder Exceptionalist shills immediately started spinning that the only solution for Brexit is more NATO and its corollary: further demonization of Russia.

© AFP 2021 / JOHN THYS
Best Laid Plans: Brexit Leaves EU & NATO's New Defense Strategy in Tatters
Occult by all these machinations is the stark fact that the sole purpose of NATO now – apart from losing wars in Central Asia and destroying nations in Northern Africa — is to perpetuate the military occupation of Europe. And for that, NATO badly relies on anti-Russia hysteria.

At least there is movement in other fronts. German Finance Minister Wolfgang Schäuble is already exploring a way out, as in a negotiation offering an “associate” membership for the UK. In fact this is the current status quo; the UK is not part of the euro or part of Schengen. The core issue, for Britain, is access to the single market. And that, as far as Brussels is concerned, will never be a case of “you can get your tea and scones and eat them too.” You’ll only do it if you accept EU immigration.

Venturing into uncharted territory, with perfect timing, irrupts the leaked road map for a remixed EU, conceived by a Franco-German duo of Foreign Ministers, Jean-Marc Ayrault and Frank-Walter Steinmeier.

The Franco-German vision, predictably, privileges security, immigration and the euro, with an emphasis on economic growth. They want even “more Europe” (something the Brits would never agree with); Defense and Foreign Policy closely intertwined; and a unified European army (imagine the serial heart attacks in the Beltway).

They want total European coordination – from intelligence to incarceration – to fight terrorism, as well as integrated surveillance of Fortress Europe’s borders.

© REUTERS / Ruben Sprich/Files
Brexit Aftermath: EU's New Security Strategy 'Paving Way' for United European Army
They even venture into a project for “stabilization, development and reconstruction” of Syria (before that someone must tell the CIA and the Pentagon to stop sluggin’ it out on what “moderate rebels” to weaponize).

In the “follow the money” department, the Franco-German duo want the same fiscal policies for everybody, “convergence of national budgets” (good luck with that) and a European Assembly to control monetary policy. Now try selling all that to a true “Europe of the peoples”.

And what about China?

Then there’s the giant panda in the (collapsing) European room: China. Beijing is still carefully analyzing the current political circus in London and Brussels before adjusting its strategy.

There’s no question London, so far, was the privileged Chinese gateway to the EU – as well as a top offshore trading hub for the yuan. Beijing was also counting on London to facilitate achieving market economy status, which would immediately translate into even more Chinese exports to Europe, all this closely connected with the New Silk Roads. Last but not least, the UK – much to the displeasure of the “special relationship” — is a founder member of the China-driven Asian Infrastructure Investment Bank (AIIB).

London, for its part, was beaming with the prospect of solidifying itself as China’s gateway to Europe while securing torrents of investment – a Chinese-style “win-win”.

China-UK was hailed last year as a “golden relationship”. But as UK banks and financial services contemplate moving to the EU post-Brexit (HSBC, for instance, already announced that 1,000 jobs are moving to Paris), the real story is that China can start contemplating further “win-win” scenarios also with Paris, Frankfurt and Milan. As a backup, there’ll always be that Dead Brexit Walking. And if it turns out “unlawful”, “illegal” Brexit goes out to meet its maker, everything will be “golden” again.

Russian Delegation Hopes to Discuss Brexit During Visit to Finland