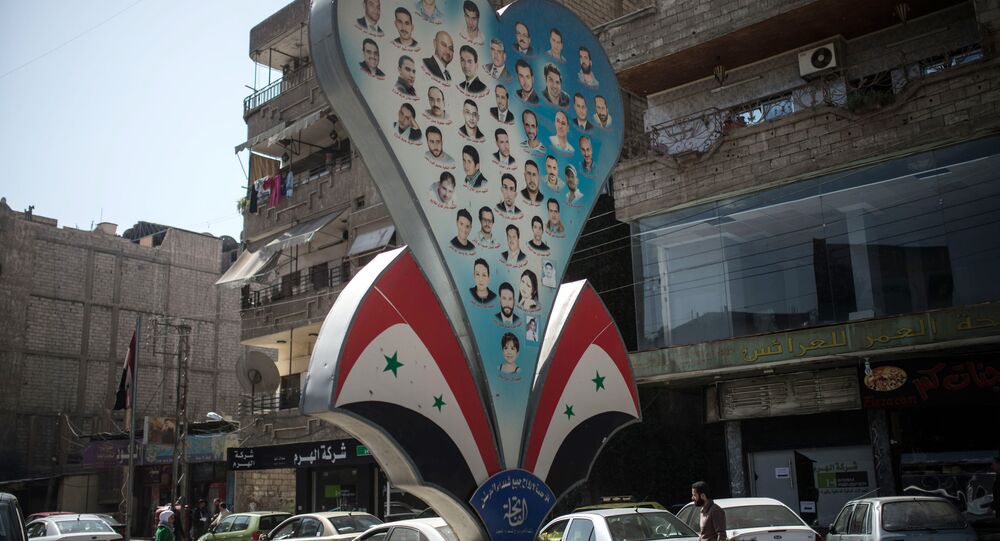 It’s spy thriller stuff; no one is talking. But there are indications Russia would not announce a partial withdrawal from Syria right before the Geneva negotiations ramp up unless a grand bargain with Washington had been struck.

Some sort of bargain is in play, of which we still don’t know the details; that's what the CIA itself is basically saying through their multiple US Think Tankland mouthpieces. And that's the real meaning hidden under a carefully timed Barack Obama interview that, although inviting suspension of disbelief, reads like a major policy change document.

Obama invests in proverbial whitewashing, now admitting US intel did not specifically identify the Bashar al-Assad government as responsible for the Ghouta chemical attack. And then there are nuggets, such as Ukraine seen as not a vital interest of the US – something that clashes head on with the Brzezinski doctrine. Or Saudi Arabia as freeloaders of US foreign policy – something that provoked a fierce response from former Osama bin Laden pal and Saudi intel supremo Prince Turki.

Tradeoffs seem to be imminent. And that would imply a power shift has taken place above Obama — who is essentially a messenger, a paperboy. Still that does not mean that the bellicose agendas of both the Pentagon and the CIA are now contained.

© Photo : Russian Defence Ministry
French Politicians on Russian Pullout From Syria: Russia is Not Aggressor
Russian intel cannot possibly trust a US administration infested with warmongering neocon cells. Moreover, the Brzezinski doctrine has failed – but it’s not dead. Part of the Brzezinski plan was to flood oil markets with shut-in capacity in OPEC to destroy Russia.

That caused damage, but the second part, which was to lure Russia into an war in Ukraine for which Ukrainians were to be the cannon fodder in the name of “democracy”, failed miserably. Then there was the wishful thinking that Syria would suck Russia into a quagmire of Dubya in Iraq proportions – but that also failed miserably with the current Russian time out.

© AFP 2021 / DELIL SOULEIMAN
Kurds Sign Declaration on Creating Federal Region in Northern Syria
Convincing explanations for the (partial) Russian withdrawal from Syria are readily available. What matters is that the Khmeimim air base and the naval base in Tartus remain untouched. Key Russian military advisers/trainers remain in place. Air raids, ballistic missile launches from the Caspian or the Mediterranean – everything remains operational. Russian air power continues to protect the forces deployed by Damascus and Tehran.

As much as Russia may be downsizing, Iran (and Hezbollah) are not. Tehran has trained and weaponized key paramilitary forces – thousands of soldiers from Iraq and Afghanistan fighting side by side with Hezbollah and the Syrian Arab Army (SAA). The SAA will keep advancing and establishing facts on the ground.

As the Geneva negotiations pick up, those facts are now relatively frozen. Which brings us to the key sticking point in Geneva – which has got to be included in the possible grand bargain.

The grand bargain is based on the current ceasefire (or "cessation of hostilities") holding, which is far from a given. Assuming all these positions hold, a federal Syria could emerge, what could be dubbed Break Up Light.

Essentially, we would have three major provinces: a Sunnistan, a Kurdistan and a Cosmopolistan.

Sunnistan would include Deir ez-Zor and Raqqa, assuming the whole province may be extensively purged of ISIS/ISIL/Daesh.

Kurdistan would be in place all along the Turkish border – something that would freak out Sultan Erdogan to Kingdom Come.

And Cosmopolistan would unite the Alawi/ Christian/ Druze/ secular Sunni heart of Syria, or the Syria that works, from Damascus up to Latakia and Aleppo.

© REUTERS / Rodi Said
Syrian Kurds Ready to Present Federalization Project to Int'l Community
Syrian Kurds are already busy spinning that a federal Syria would be based on community spirit, not geographical confines.

Ankara’s response, predictably, has been harsh; any Kurdish federal system in northern Syria represents not only a red line but an “existential threat” to Turkey. Ankara may be falling under the illusion that Moscow, with its partial demobilizing, would look the other way if Erdogan orders a military invasion of northern Syria, as long as it does not touch Latakia province.

And yet, in the shadows, lurks the possibility that Russian intel may be ready to strike a deal with the Turkish military – with the corollary that a possible removal of Sultan Erdogan would pave the way for the reestablishment of the Russia-Turkey friendship, essential for Eurasia integration.

What the Syrian Kurds are planning has nothing to do with separatism. Syrian Kurds are 2.2 million out of a remaining Syrian population of roughly 18 million. Their cantons across the Syria-Turkey border —Jazeera, Kobani and Afrin – have been established since 2013. The YPG has already linked Jazeera to Kobani, and is on their way to link them to Afrin. This, in a nutshell, is Rojava province.

The Kurds across Rojava – heavily influenced by concepts developed by imprisoned PKK leader Abdullah Ocalan — are deep into consultations with Arabs and Christians on how to implement federalism, privileging a horizontal self-ruled model, a sort of anarchist-style confederation. It’s a fascinating political vision that would even include the Kurdish communities in Damascus and Aleppo.

Moscow – and that is absolutely key – supports the Kurds. So they must be part of the Geneva negotiations. The Russian long game is complex; not be strictly aligned either with Damascus or with the discredited “opposition” supported and weaponized by Turkey and the GCC. Team Obama, as usual, is on the fence. There’s the “NATO ally” angle — but even Washington is losing patience with Erdogan.

The geopolitical winners and losers

Only the proverbially clueless Western corporate media was caught off-guard by Russia’s latest diplomatic coup in Syria. Consistency has been the norm.

Russia has been consistently upgrading the Russia-China strategic partnership. This has run in parallel to the hybrid warfare in Ukraine (asymmetric operations mixed with economic, political, military and technological support to the Donetsk and Lugansk republics); even NATO officials with a decent IQ had to admit that without Russian diplomacy there’s no solution to the war in Donbass.

In Syria, Moscow accomplished the outstanding feat of making Team Obama see the light beyond the fog of neo-con-instilled war, leading to a solution involving Syria’s chemical arsenal after Obama ensnared himself in his own red line. Obama owes it to Putin and Lavrov, who literally saved him not only from tremendous embarrassment but from yet another massive Middle East quagmire.

Russian Defense Ministry
Farewell to Arms: Real Results of Russia's Air Campaign in Syria
The Russian objectives in Syria already laid out in September 2015 have been fulfilled. Jihadists of all strands are on the run – including, crucially, the over 2,000 born in southern Caucasus republics. Damascus has been spared from regime change a la Saddam or Gaddafi. Russia’s presence in the Mediterranean is secure.

Russia will be closely monitoring the current “cessation of hostilities”; and if the War Party decides to ramp up “support” for ISIS/ISIL/Daesh or the “moderate rebel” front via any shadow war move, Russia will be back in a flash. As for Sultan Erdogan, he can brag what he wants about his “no-fly zone” pipe dream; but the fact is the northwestern Syria-Turkish border is now fully protected by the S-400 air defense system.

Moreover, the close collaboration of the “4+1” coalition – Russia, Syria, Iran, Iraq, plus Hezbollah – has broken more ground than a mere Russia-Shi’te alignment. It prefigures a major geopolitical shift, where NATO is not the only game in town anymore, dictating humanitarian imperialism; this “other” coalition could be seen as a prefiguration of a future, key, global role for the Shanghai Cooperation Organization.

As we stand, it may seem futile to talk about winners and losers in the five-year-long Syrian tragedy – especially with Syria destroyed by a vicious, imposed proxy war. But facts on the ground point, geopolitically, to a major victory for Russia, Iran and Syrian Kurds, and a major loss for Turkey and the GCC petrodollar gang, especially considering the huge geo-energy interests in play.

It’s always crucial to stress that Syria is an energy war – with the “prize” being who will be better positioned to supply Europe with natural gas; the proposed Iran-Iraq-Syria pipeline, or the rival Qatar pipeline to Turkey that would imply a pliable Damascus.

Other serious geopolitical losers include the self-proclaimed humanitarianism of the UN and the EU. And most of all the Pentagon and the CIA and their gaggle of weaponized “moderate rebels”. It ain’t over till the last jihadi sings his Paradise song. Meanwhile, “time out” Russia is watching.