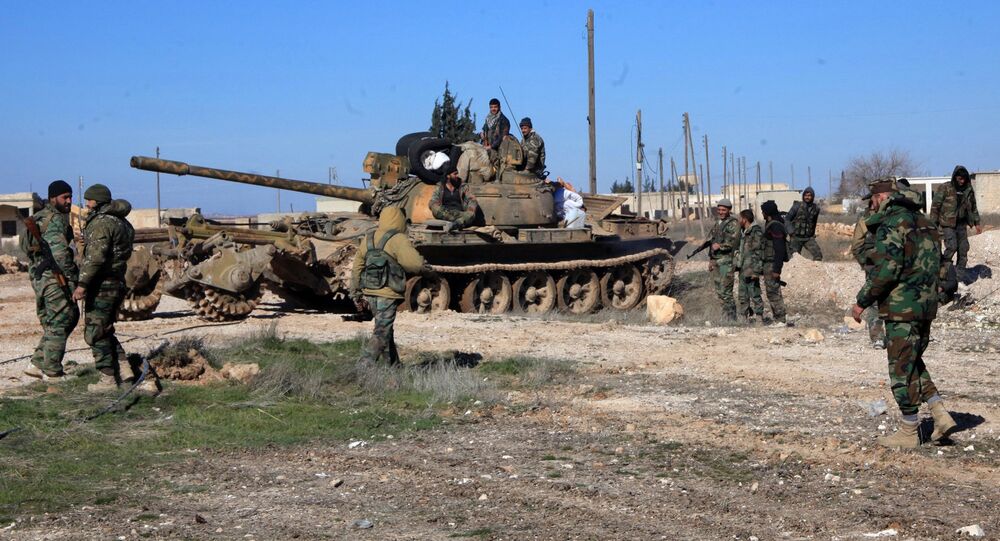 The Syrian conflict has seen many media distortions but there is one especially which I must take vigorous issue with.

The news media in the West portrays the recent fighting around Aleppo as a Syrian army attack on Aleppo.

Sometimes there is an admission that the government controls part of Aleppo. However overall the impression given is that Aleppo is a rebel city and that the Syrian government's army is attacking it.

This often comes with lurid claims of the Syrian airforce terror bombing ("barrel-bombing") its people — something that has now become part of the standard Western critique of President Assad.

This is an inversion of the truth.

Aleppo was previously Syria's biggest city and economic capital. Until 2012 it was under the government's control and reports from the city confirmed its people largely supported the government.

The attack on Damascus was successfully repelled. In the case of Aleppo the rebels managed to capture a significant part of the city. However around half the city — the half which apparently has the majority of the city's people — remained under the government's control.

Aleppo has since been a battlefield between the two sides with many of its historic buildings destroyed.

Over the course of 2015 rebel offensives in Idlib province and in the countryside around Aleppo almost succeeded in cutting off the government controlled part of Aleppo from the rest of the country.  The government could only send reinforcements to Aleppo, and supplies for its garrison and people, by air.

Since the Russian military intervened in the conflict the position has reversed.

The Syrian army backed by the Russian airforce first succeeded in reopening the roads to Aleppo.

Over the last few days it has managed to cut the road links to the rebel held section of Aleppo — effectively cutting off the rebels there.

In other words whereas it was the government controlled area of Aleppo which until a few months ago was encircled and besieged, now it is the rebel part.

The Syrian army's success has been made all the greater because at the start of January the rebels sent reinforcements to Aleppo to resist what they expected would be a government offensive there.

© Sputnik / Dmitri Vinogradov
Obama Eager to Slow Russian Campaign in Syria 'By Any Means Possible'
Now those reinforcements, together with the rebel fighters previously in the city, are encircled and trapped.

It would be a misrepresentation to say that all the people in Aleppo support the government and oppose the rebels.  However back in 2012 a rebel commander admitted that the majority did.

During the protests in 2011 that preceded the war — which properly began with the rebel offensive that was launched in mid 2012 — Aleppo held largely aloof from the protests — a fact the Western media at the time admitted.

That too suggests that the greater part of the people of Aleppo support the government, or at least do not strongly oppose it.

To say therefore that the Syrian army is attacking Aleppo is to distort the truth.

It is akin to saying that the Red Army in 1943 was attacking Stalingrad because the German army had captured most of it.

A more factual way of describing the fighting around Aleppo is to say that the city and its garrison have successfully withstood a three year siege by the rebels, which is now close to being lifted.

A still better way of putting it would be to say that the Syrian army is not attacking Aleppo but is successfully defending it.

Will Syrian Kurds Become a 'Stumbling Block' in Washington-Ankara Ties?

Russian Involvement in Syria: ‘Finally Someone is Fighting Terrorists’