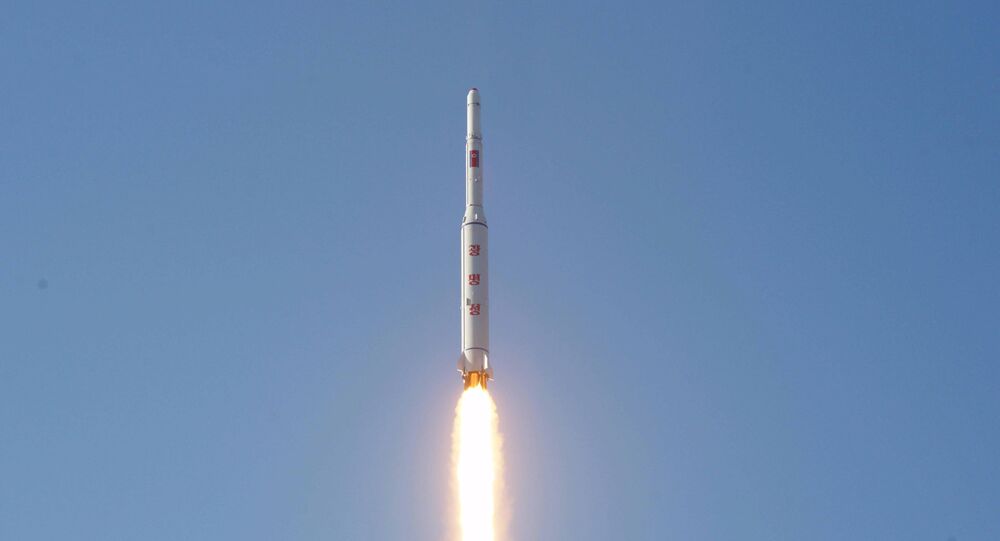 News that North Korea has launched a satellite into space has caused consternation in the West.

© AP Photo / Lockheed Martin
China Concerned Over Possible US Missile Defense System Deployment in S Korea
North Korea has been under sanctions for decades.  During that time its nuclear and ballistic missile programs — which the sanctions were intended to prevent — have proceeded apace.

Western governments are left wringing their hands. All they seem able to do is threaten still more sanctions while demanding China take steps to bring North Korea to heel.

Why China — which is not threatened by North Korea — should do this is not explained. China is never offered anything in return. It is simply assumed that is what China should do.

Meanwhile there are threats from South Korea and Japan to acquire nuclear weapons of their own. How that is supposed to persuade North Korea and China to become more amenable is again unclear.

The West’s failure to dissuade North Korea from developing its capability is often called “a failure of diplomacy”.

This is a mischaracterization. Diplomacy has not failed with North Korea. It has not been attempted.

Instead of talking to North Korea Western leaders shout at it. They are then surprised it shouts back.

How Western leaders think they can persuade North Korea to do or stop doing something without talking to it is a mystery.

What makes it even stranger is that when diplomacy was tried with North Korea it actually worked.

A framework agreement was reached in 1995 which caused North Korea to freeze its nuclear program in return for a promise the US would normalize relations and supply North Korea with light water reactors.

The US reneged on the agreement.  The light water reactors were never supplied and the normalization of relations never took place.

The North Korean nuclear program which had been frozen for eight years accordingly in 2003 resumed with a vengeance.

None of this should be taken as a defense of the North Korean regime. Dislike of the regime should not however be used as an excuse for a policy that has utterly and completely failed.

It is now too late to get North Korea to give up its weapons.

© AP Photo / KENA BETANCUR
UNSC Sanctions Against North Korea Should Not Cause Economic Collapse - Russian UN Envoy
Western plans for regime change in North Korea, Western gloating in the 1990s at the supposedly imminent fall of its regime, sanctions going all the way back to the Korean War of the 1950s, the characterization of North Korea as part of the “Axis of Evil”, and the US practice of overthrowing governments around the world it doesn’t like, have convinced the North Koreans their nuclear weapons are vital for their own security.

However it should be possible to agree with North Korea arrangements to limit its weapons.

That would call for confidence building measures and steps to integrate North Korea in the world economy, which would require abandoning the sanctions policy and establishing a dialogue with North Korea.

Since that would be condemned in the West as “appeasement” it probably won’t happen.  Instead we will get more of the same..

Doing the same thing again and again whilst expecting a different result has been called insanity — something Westerners regularly accuse North Korea of.

On the facts insanity is however something to be looked for in places other than Pyongyang.

UNSC Sanctions Against North Korea Should Not Cause Economic Collapse