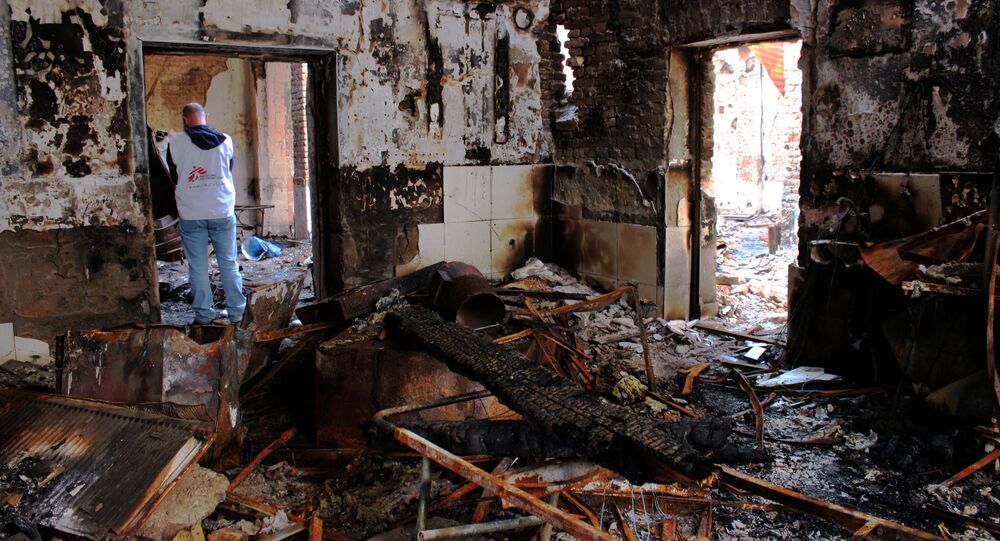 The 21st Century: An Era Of Fraud

In the last years of the 20th century fraud entered US foreign policy in a new way. On false pretenses Washington dismantled Yugoslavia and Serbia in order to advance an undeclared agenda.

© AP Photo / Reza Shirmohammadi, File
If It’s Not One Thing, It’s Another: While Fighting Daesh, US Misses Rise of al-Qaeda in Afghanistan
In the 21st century this fraud multiplied many times. Afghanistan, Iraq, Somalia, and Libya were destroyed, and Iran and Syria would also have been destroyed if the President of Russia had not prevented it.  Washington is also behind the current destruction of Yemen, and Washington has enabled and financed the Israeli destruction of Palestine. Additionally, Washington operated militarily within Pakistan without declaring war, murdering many women, children, and village elders under the guise of "combating terrorism."  Washington's war crimes rival those of any country in history.

I have documented these crimes in my columns and books (Clarity Press).

Anyone who still believes in the purity of Washington's foreign policy is a lost soul.

America is also failing on the economic front. My columns and my book, The Failure of Laissez Faire Capitalism, which has been published in English, Chinese, Korean, Czech, and German, have shown how Washington has stood aside, indeed cheering it on, while the short-term profit interests of management, shareholders, and Wall Street eviscerated the American economy, sending manufacturing jobs, business know-how, and technology, along with professional tradeable skill jobs, to China, India, and other countries, leaving America with such a hollowed out economy that the median family income has been falling for years. Today 50% of 25 year-old Americans are living with their parents or grandparents because they cannot find employment sufficient to sustain an independent existance.  This brutal fact is covered up by the presstitute US media, a source of fantasy stories of America's economic recovery.

The facts of our existance are so different from what is reported that I am astonished. As a former professor of economics, Wall Street Journal editor and Assistant Secretary of the Treasury for Economic Policy, I am astonished at the corruption that rules in the financial sector, the Treasury, the financial regulatory agencies, and the Federal Reserve. In my day, there would have been indictments and prison sentences of bankers and high government officials.

In America today there are no free financial markets. All the markets are rigged by the Federal Reserve and the Treasury. The regulatory agencies, controlled by those the agencies are supposed to regulate, turn a blind eye, and even if they did not, they are helpless to enforce any law, because private interests are more powerful than the law.

Even the government's statistical agencies have been corrupted. Inflation measures have been concocted in order to understate inflation. This lie not only saves Washington from paying Social Security cost-of-living adustments and frees the money for more wars, but also by understating inflation, the government can create real GDP growth by counting inflation as real growth, just as the government creates 5% unemployment by not counting any discouraged workers who have looked for jobs until they can no longer afford the cost of looking and give up. The official unemployment rate is 5%, but no one can find a job.  How can the unemployment rate be 5% when half of 25-year olds are living with relatives because they cannot afford an independent existance? As John Williams (shadowfacts) reports, the unemployment rate that includes those Americans who have given up looking for a job because there are no jobs to be found is 23%.

© Photo : Wikipedia/Dan Smith
‘War on Crisis’: US Fed to Prevent Asset Bubbles at Cost of Economic Freedom
The Federal Reserve, a tool of a small handful of banks, has succeeded in creating the illusion of an economic recovery since June, 2009, by printing trillions of dollars that found their way not into the economy but into the prices of financial assets. Artificially booming stock and bond markets are the presstitute financial media's "proof" of a booming economy.

The handful of learned people that America has left, and it is only a small handful, understand that there has been no recovery from the previous recession and that a new downturn is upon us. John Williams has pointed out that US industrial production, when properly adjusted for inflation, has never recovered its 2008 level, much less its 2000 peak, and has again turned down.

The American consumer is exhausted, overwhelmed by debt and lack of income growth. The entire economic policy of America is focused on saving a handful of NY banks, not on saving the American economy.

Economists and other Wall Street shills will dismiss the decline in industrial production as America is now a service economy. Waitresses, bartenders, part time retail clerks, and ambulatory health care services have replaced manufacturing and engineering jobs at a fraction of the pay, thus holding down inflation. This is how neoliberal economists describe the collapse of effective aggregate demand in the US, or they blame it on China.

The US government, controlled as it is by corrupt economic interests, would never permit policies that impinged on executive bonuses and Wall Street profits. Today US capitalism makes its money by selling out the American economy and the people dependent upon it.

When America fails, so will Washington's vassal states in Europe, Canada, Australia, and Japan. Unless Washington destroys the world in nuclear war, the world will be remade, and the corrupt and dissolute West will be an insignifiant part of the new world.