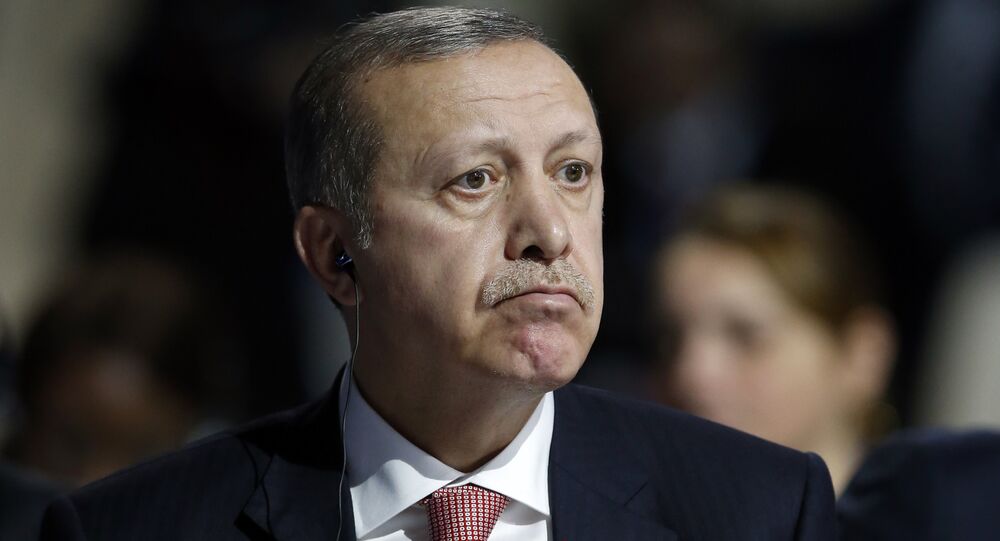 Meet the Sultan of Civil War

Southeast Anatolia is burning. And nobody can say Sultan Erdogan, a.k.a. President Tayyip, hasn’t issued one of his trademark macho warnings.

Since mid-December the Turkish President has been adamant that a blitzkrieg/”cleansing” op in Southeast Anatolia will only end with Kurdish militants associated with the PKK completely “annihilated.”

An array of towns – especially Cizre, Silopi and Nusaybin – is totally under siege, encircled by tanks and armored vehicles. Ankara’s tactics include the Ministry of Education text-messaging around 3,000 teachers forcing them to return to their hometowns for "on-the-job training."

As Ocalan has been kept virtually incommunicado by Ankara for months now, the political vacuum has been occupied by Cemil Bayik, a no-nonsense PKK commander fully supportive of the YDG-H. Representatives from the Peoples’ Democratic Party (HDP) have also been forbidden by Ankara to meet with Ocalan.

Predictably, Turkish Prime Minister Ahmet Davutoglu – he of the former “zero problems with our neighbors” doctrine – told the HDP to stay away from the conflagration, as they would be “playing with fire”. The HDP estimates that Ankara’s new offensive has created at least 200,000 internal refugees.

The bear shows its claws

Erdogan’s renewed anti-Kurdish civil war predictably has not elicited even a peep from the EU – fresh from being extorted by the Sultan to the tune of 3 billion euros, which supposedly will be used to contain the refugee crisis unleashed by the Sultan himself when he decided to “release” the refugees from many a holding camp.

Yet this new civil war chapter offers a window of opportunity for a really serious power player – as Erdogan, foolishly, now fights on two fronts, internal (Kurds) and external (Moscow). Sooner or later Moscow’s support for the YPG Syrian Kurds may translate into decisive support for the PKK inside Turkey.

© AP Photo / Murad Sezer
How to Treat the Sick Man of Europe: Turkey a 'Factor of Instability'
Everyone remembers when the YPG, four months ago, was on the verge of making a move towards Jarablus – the last town under the control of ISIS/ISIL/Daesh on the Turkish/Syrian border and an essential hub to resupply Raqqa, the capital of the fake “Caliphate”.

If the YPG conquered Jarablus, Raqqa would inevitably fall in no time. Thus Erdogan duly declared Jarablus a “red line”. Translation: PKK-linked Kurds would be fought to death by the Turkish Army.

Russian intel is carefully monitoring the chessboard, although Moscow has not yet made a move to unconditionally support the  YPG-PKK — weaponizing included.

Demirtas says he can do what the Sultan can’t; restore the Russia-Turkey relationship.

As much as this Turkey insider theme is open to contention, what matters mostly for Moscow is Syria; Russia insists the YPG must be at the negotiating table on the future of Syria as representatives of a legitimate opposition. Russia knows very well this may end up with a Kurdish autonomy scenario in northern Syria, which would imply freedom of movement for the PKK to cause trouble to Ankara.

© AFP 2021 / BULENT KILIC
‘Absolute Nightmare’: How Fatal Would Russia’s Alliance With Kurds Be for Turkey?
It does not hurt, meanwhile, to keep a good relationship with the People's Democracy Party in Turkey, which keeps its distance from the PKK although both parties share quite a few goals and key supporters.

Even ruling AKP members in Turkey have realized that Erdogan’s civil war strategy leads to a dead end. So they are suggesting Erdogan talks to the People’s Democracy Party as a way to further sideline the PKK politically.

That may be too little, too late; Demirtas has been stressing that autonomy is the way for the whole of Southeast Anatolia – in contrast to what is characterized as Ankara’s dictatorship.

So now Russia is able to add pressure against the Sultan on two separate fronts; support for autonomy in Anatolia, and support for a Syrian Kurd-controlled northern Syria.

Once again it’s enlightening to go back to what Kadri Gursel, writing for Turkish daily Milliyet, conceptualized already in 2013, when he defined the Turkish border from Hatay to Gaziantep as the Peshawar of the Middle East (shades of the 1980s Afghan jihad).

© AFP 2021 / Bulent Kilic
Why 'Turkey Can Easily Become a New Syria'
Turkey continues to be “Pakistanized”; that is the neo-Ottoman version of a “Kalashnikov culture”. Meanwhile, in Syria, Russia and the “4+1” coalition (with Syria, Iran, Iraq plus Hezbollah) are doing their best to staunch ‘Lebanonization’ (ethnic and sectarian polarization); ‘Somalization’ (collapse of the state); and ‘Afghanization’ (jihadi power).

Syria won’t be “de-Afghanized” if the jihad belt – which includes the key stretch along the Turkish border — is not re-conquered. There are only two candidates to accomplish the task: YPG Syrian Kurds and the Syrian Arab Army (SAA). That’s the guarantee of endless sleepless nights for the Sultan.

So the question now hinges on how close — politically and militarily – will be Moscow’s support for the YPG-PKK.

Moscow does not exactly favors the birth of a Kurdistan as advocated by Israel and US neocons. The US-Israel axis privileges some very specific Kurds; the vastly corrupt Kurdistan Regional Government (KRG) in northern Iraq, which also happen to entertain close relations with Ankara (the oil export angle). No one knows how a Syrian Kurdistan controlled by the YPG-PKK would fit into an already complex equation.

Ankara’s red line though is much easier to detect: any Kurdistan qualifies as a red line.

Erdogan, in desperation, is even flirting with Israel again. In this case, further Sultan burning may also be on the cards.

Israel’s long game is an energy game: make sure it has access to non-stop, cheap Kurdish – as in stolen from Baghdad — oil flowing through the Kirkuk-Haifa pipeline. And in the long run Tel Aviv would love to bypass Ceyhan and replace it with Haifa as the top oil export terminal in the Eastern Mediterranean.

© AP Photo / Francois Mori
Irreconcilable Contradictions: 'Turkey is Number One Sponsor of Terrorism, Israel is Number One Victim'
Israel has easily bribed the noxious KRG mafia – and slimy Israeli operators have been involved for years in buying totally undocumented Kurdish oil, which may have been mixed along the way with stolen Iraqi/Syrian Daesh oil. Everyone familiar with the KRG knows how the Israelis on the ground are fronted by US and UK oil companies. The bottom line is startling: bribed-to-death Iraqi Kurds are selling discounted oil virtually stolen from Baghdad — which developed the wells and built the pipelines — to a country Iraq refuses to do business with.

The “Kurdistan” Israel and US neocons really want, much more than a northern Syrian entity, is a northern Iraq colony, a vassal enclave run by the Barzani mob. That would imply no less than a war between Baghdad (supported by Tehran) and the KRG (supported by Washington and Tel Aviv). As apocalyptic scenarios go, this one at least is on hold.

Moscow, for the moment, prefers to focus on stripping Ankara naked in those convoluted Syrian peace negotiations, which, for all practical purposes, boil down to a US-Russia game.

And as much as Erdogan remains a Washington vassal and an “adversary” of Israel only in posture, now he cannot even be sure where the Obama administration stands.

Only a few weeks ago Obama requested him to deploy “30,000 (troops) to seal the border on the Turkish side”. At the time, Team Obama was hopeful that Erdogan’s troops would be able to clear and hold an area 98 km long and 30 km deep inside Syrian territory that would harbor Erdogan’s famous “safe zone”. Ankara would need just a mere pretext to invade — and a little American air cover.

After the downing of the Su-24 and Russia’s deployment of the S-400s, this plan is now six feet under.

From the point of view of the myriad “Assad must go” front, the name of the game now in Syria is “hold on to what you’ve got”. Erdogan, as desperate as he may be, would have to accept his Jihadi Highway to retreat back across the Turkish border, and wait for the next window of wreaking havoc opportunity (which Russia will never open.)

Yet the long game that really matters, for all players involved, is predictably Pipelineistan. Who will control a great deal of the oil and gas across “Syraq”, including the non-exploited wealth in the Kurdish areas; to where will it all flow; who sells it; and for what price.

It’s a waiting game that the Sultan plans to fill with – what else – an anti-Kurdish civil war.

Self-Isolation: Erdogan is 'No Longer the One Who Can Dictate It All'

Erdogan’s Humiliating Defeat: Why Ankara Will Never Make It Up With Moscow