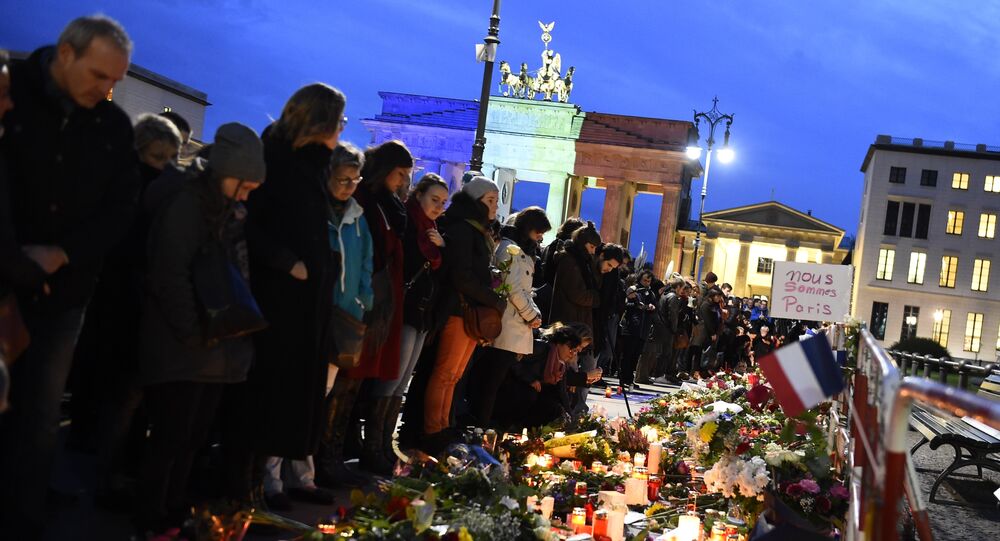 “It’s war”. French President Francois Hollande in 2015 did echo George W. Bush in 2001. France has now entered its own "war on terra", complete with mini-Patriot Act (état d'urgence") against ISIS/ISIL/Daesh.

It took a carnage for the French political establishment to be hurled away from its splendid torpor. Until 11/13 — Paris tragedy day — for the Elysée palace Bashar al-Assad equaled Daesh. As much as Petro Poroshenko in Ukraine was the good guy fighting "Russian aggression."

In fact "Russian aggression" ended up being aggressed — via the FSB-established bombing of the Metrojet A321 — even before the suicide bombing/shooting spree in Paris.

"Russian aggression" had already launched a serious offensive against Daesh, as part of the "4+1" coalition (Russia, Syria, Iran, Iraq plus Hezbollah). France, for its part, was lobbing the odd, disinterested strike as part of a US-led, and remarkably inefficient, coalition featuring, among others, Salafi-jihadi enablers/financiers/weaponizers Saudi Arabia and Turkey.

The Paris carnage did change everything. At the G-20 in Antalya, during a by now iconic 35 minutes face to face with President Putin, President Obama finally seemed to have gotten the message; yes, there will be war. But the enemy is not "Russian aggression"; it's Daesh.

No sleep till Raqqa

Martial France is now all huff and puff. Jean-Yves Le Drian, France's Defense Minister, "has just invoked Article 42.7", as he tweeted from Brussels. What he meant is that he formally requested help from France's EU partners. According to the Lisbon Treaty, in case of "armed aggression", EU nations have "an obligation of aid and assistance by all means in their power".

This is the first time ever this article in the EU treaty has been invoked.

So the "armed aggression" is from Daesh; a non-state actor posing as a "Caliphate" with a return address in Raqqa, eastern Syria, the "Caliphate" capital.

Even before requesting EU help, France was already bombing Raqqa, following what Russia had been doing for weeks. Now the geopolitical plat du jour is to bomb Raqqa. International law experts will cringe about the legality of it all — considering that Russian Air Force strikes at least were formally authorized by Damascus.

Euphemistically, France wants "increased military participation" from other EU nations in selected "operational theatres". In Brussels newspeak, this means bombing the hell out of Daesh anywhere in "Syraq".

As the logic of war is already on, the next step would be for France to invoke NATO's Article 5 — which stipulates that an "armed aggression" against one ally applies to all allies; thus their right to wage war as "self-defense", under the UN charter.

The Pentagon, which runs NATO, is cryptically enthusiastic. Pentagon head Ash Carter has let it slip, "We're looking to do more, we're looking for every opportunity we can to get in there and go at [Daesh], but we need others to… get in the game as well."

"Get in the game" could mean anything. And to think that Ash was so desperate for a war. Russia? Too risky. They've got all those missiles and stuff. A bunch of nutjobs in the desert? That's way better. Shock and Awe me, baby.

What about the matrix?

© AP Photo / Raqqa Media Office
US-Backed Rebels: 'Historic Battle' for ISIL Stronghold Raqqa Imminent
Bombing Raqqa to the stone age may not help France, or NATO, or the EU, or even Russia for that matter. An air war will never smash Daesh. Nothing will change if US coalition members Turkey and Saudi Arabia are not given the riot act.

After the Kurdish peshmerga recaptured Sinjar, Daesh's back-and-forth on the road deployments between Mosul in Iraq and Raqqa were abruptly cut off. YPG Kurds for their part control the northern Syrian-Turkish border all the way to the Euphrates, plus an area to the northwest of Azaz.

But there's a significant "gap" in the middle, between Azaz and Jarablus. That's exactly where Ankara wants to install what it calls a "safe zone", actually an advanced Turkish base over 30 km deep inside Syrian territory, theoretically to settle hundreds of thousands of refugees who will not be allowed to flee to Euroland.

Turkey is now basically playing a "delicate" extortion racket on the EU. Ankara wants three things from Brussels: 1) a lot of money; at least 3 billion euros. 2) a visa-free regime for Turkish citizens traveling to Europe. 3) the "safe zone", which is in fact Erdogan's dream from the beginning, a no-fly zone in northern Syria. The no-fly zone is against Damascus; it would certainly keep intact Daesh's supply corridors.

To impose the "safe zone", Ankara wants diplomatic cover from NATO — of which it's a member. But what Ankara really wants is boots on the ground, which for all practical purposes means a NATO invasion.

Here's where the Pentagon's wishes may eventually be fulfilled, as military cooperation between Ankara and Washington is already in effect.

Enter Russia. Moscow will never accept a NATO "invasion". What with the terrifying possibility of NATO forces — even accidentally — clashing with forces of the "4+1" coalition on the ground.

Press-service of Russian Emergency Situations Ministry
Could Saudi Arabia or Qatar Be Behind the Crash of the Russian Airbus?
The House of Saud poses an additional problem to Turkey's double game.

Important recap.  Bandar Bush was sent by the House of Saud to "manage" the Syria regime change operation. His strategy was to bolster a "revolutionary vanguard" killing machine: ISIS/ISIL/Daesh, which so far had had only a marginal local impact.

Hardcore Wahhabism as practiced by Daesh ended up reducing all "moderate rebels" in Syria into unicorns. And the proverbial, wealthy Gulf petrodollar "donors" continued to feed the monster, which has vowed to "liberate" not only "Syraq" but also Mecca and Medina.

Saudi Wahhabism is the ideological matrix of all shades of jihadi operations — Daesh included. There's no way Daesh will be vanquished if Turkey's geopolitical games and murderous Wahhabi intolerance are not addressed in full.