Don't Discriminate Against Russian Athletes by Imposing a Blanket Ban

This week the Western media has been filled with lurid stories about the athletics doping scandal.

© AFP 2019 / YASUYOSHI CHIBA
WADA Double-Standards: Call for Russia’s Olympic Ban Isn’t ‘Random Act’
A lengthy report has found evidence not only of cheating on the part of some Russian athletes and sports officials — something denied by no one — but has gone much further and is claiming that the cheating is systematic.

One of the authors of the report has gone further still and is accusing not just Russian sports officials of involvement in the scandal but is claiming that the cheating was carried out with the knowledge of senior officials of the Russian government.

On the strength of these claims there is now a demand that Russian track and field athletes should be banned from participating in next year’s Summer Olympics in Rio.

I am not in a position to comment on the details of these allegations. Some of the allegations are supported by confessions by some of those involved, whilst the evidence to support others looks compelling if not always conclusive. Others — including some of the most incendiary — are for the moment simply allegations. 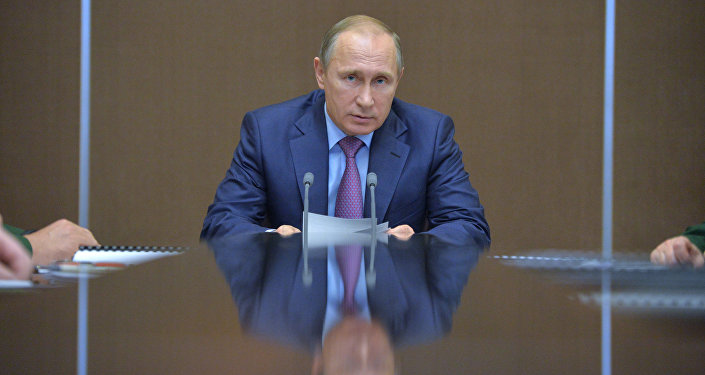 © Sputnik / Alexei Druzhinin
Putin Orders Internal Probe Into Doping Claims Against Russia
In a number of cases, such as the claim Russian officials were operating a supposedly secret laboratory alongside the disclosed one, I frankly don’t understand the allegation or the presumed motive — possibly because sports medicine is not something I know anything about.

In a few cases it seems to me there is simply misunderstanding.

One particular claim — the one that the Russian sports minister supposedly knew of the scandal and is therefore complicit in it — is based entirely on inference.

Having said this, it is not my intention to deny the existence of a serious problem. Doing so would be ridiculous given that the Russian authorities admit there is one.

However there is one point I must make. This is that to impose a blanket ban on all Russian track and field athletes so as to prevent them participating in the Summer Olympics in Rio seems to me discriminatory and wrong.

Firstly, it goes against the presumption of innocence by assuming individual athletes are guilty of cheating without proof and before the cheating has taken place.

Secondly, it violates what I had always understood to be one of the guiding principles of the Olympic Movement — that the important thing is not to win but to take part.

It seems grossly unfair — and hardly consistent with this principle — to prevent innocent athletes competing by lumping them together with guilty ones.

Lastly and most importantly, it seems to me utterly wrong to ban athletes from competing simply because they are Russian.

© Sputnik / Mihail Serbin
WADA Commission Biased Against Russia - Moscow
That goes utterly against the humanitarian principles upon which the Olympics were founded. It is also contrary to the non-discriminatory principles in most national laws.

The Russian authorities are challenging some of the allegations — as it is their right to do — but look to be genuinely offering cooperation to help solve the problem.

For example they have offered to appoint a foreign specialist to head their laboratory. The right thing to do is not to impose a blanket ban but to work with the Russian authorities so that the problem can be solved.

That may involve bringing criminal charges and imposing individual bans on specific persons, barring them from involvement in international sports training and competition.

If that does not happen and a blanket ban on Russian athletes is imposed instead, then it seems to me that the world’s sporting bodies will not only have retreated from their ideals but will open themselves up to questions about what their real motives are.

Russian Athletes to Compete in 2016 Olympics Despite Doping Scandal

Russia Ready to Follow All WADA Recommendations to Fight Doping