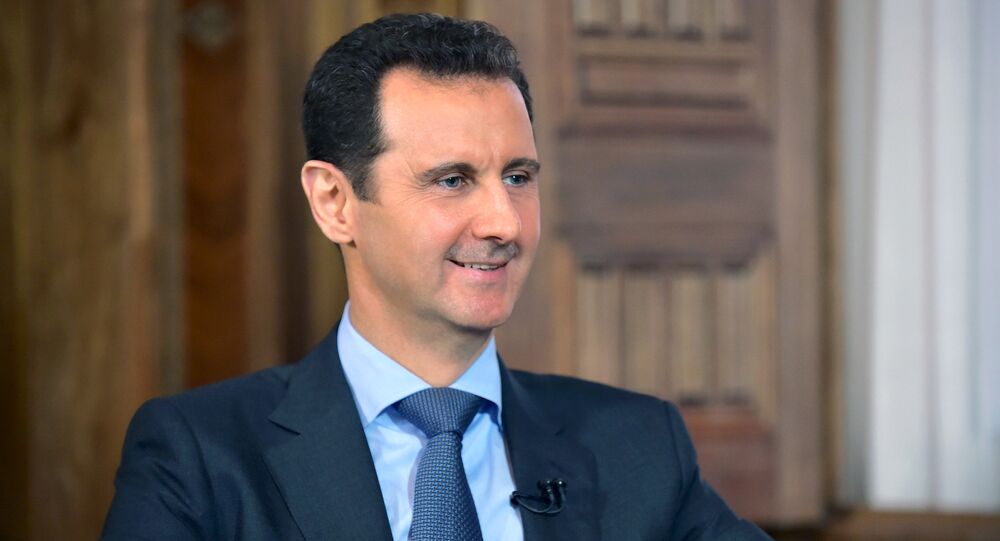 The US’ obsessive insistence that “Assad must go” is the most dangerous expression of American arrogance in years.

“The international community has decided that it’s time for Assad to go.  He clearly has lost legitimacy to lead.  He has lost the confidence of those citizens of his country — at least the ones that — or I guess I should say particularly the ones that he is using the resources of the military to attack.”

The arrogance on display is both stupefying and dangerous. The problem in Syria isn’t, nor ever has been, President Assad – it’s always been the US’ arrogance in dictating demands and then militarily enforcing them after they’ve been rejected.

Syria’s ills are directly traceable to the failure of American foreign policy in the Mideast. The US rabidly went on a regime change streak that began during the Bush years, with former Supreme Allied Commander of Europe for NATO General Wesley Clark revealing in his 2007 memoirs that a senior general showed him a memo and said:

“‘Here’s the paper from the Office of the Secretary of Defense [then Donald Rumsfeld] outlining the strategy. We’re going to take out seven countries in five years.’ And he named them, starting with Iraq and Syria and ending with Iran.”

© AFP 2020 / YURI KADOBNOV
Saudi Arabia Backs Political Settlement in Syria Without Assad
Earlier that year, investigative journalist Seymour Hersh wrote an expose in The New Yorker in which he detailed, among other proposed regional regime change specifics, that the Bush Administration was planning to use the Muslim Brotherhood to launch a Gulf-funded sectarian war against the Syrian government.

At the time, the reason was supposedly because of Damascus’ closeness to Tehran, but later information as reported by The Guardian reveals that the decision to build a Friendship Pipeline between Iran, Iraq, and Syria in 2010, and Damascus’ rejection of a similar one from Qatar, likely had a lot to do with why the anti-government terrorist plan was pushed forward for activation the year after.

Beginning in 2011, the Mideast was rocked by the so-called “Arab Spring”, which Russian General Chief of Staff Valery Gerasimov would in hindsight categorize as a theater-wide Color Revolution during an official conference on the topic last year in Moscow.

What the US had wanted to do is overthrow all of the Mideast’s republics (even those allied with the US such a Egypt) in order to bring a transnational Muslim Brotherhood clique to power in each of them that would thus make it a lot easier to control the entire region.

© REUTERS / Peter Bader
Arab Nations 'Paying Back' to Europe for its Destructive Middle East Policy
Think of it as the neocons’ version of a 21st-century communist party, but directed towards control of the Mideast and not Europe (which has the EU for that).

The Gulf Monarchies were not targeted because of their staunch pro-American allegiance and the potential that any domestic disruption would have in upsetting the US’ economic interests there.

Between the pro-American Gulf Monarchies and the pro-American EU thus lay a handful of republics that weren’t so firmly under the US’ sway (or not at all influenced by it like Syria), so in order for the US to securely control the broad swatch of Afro-Eurasia stretching from Iceland to Yemen, it needed to overthrow those governments, ergo the “Arab Spring” Color Revolutions.

© AP Photo / Lefteris Pitarakis, File
EU Migrant Crisis: Coincidence or Plot Aimed at Starting Military Operation in Syria?
But something went wrong as it always does with the US’ plans, and it was that the Syrian people wholeheartedly rejected the Muslim Brotherhood’s ploy at regime change, instead favoring to preserve the secular and multicultural society that Syrian civilization is historically known for.

For this simple reason, the Color Revolution attempt was a dismal failure from the very beginning, hence why the US and its allies (notably Turkey, Qatar, and Saudi Arabia) sought to transform it into an Unconventional War by arming their proxies and ordering them to escalate their soft coup attempt into a hard one.

The resultant Hybrid War that’s been raging for the past four and a half years is thus a manifestation of the US’ geopolitical obsession for regime change. Far from realizing that the people had resoundingly rejected such an approach from the very beginning, the US and its allies dug in by reinforcing their proxy elements inside the country and allowing foreign fighters to flood into Syria via the Turkish border.

© AFP 2020 / LOUAI BESHARA
Assad: Europe Must Stop Supporting Terrorists to End Migrant Crisis
Amidst this external onslaught being launched against them, the Syrian people continued to bravely soldier on and democratically show the rest of the world that they supported their government.

A constitutional referendum in 2012 passed by an 89% margin and with the participation of 57% of the population, while President Assad was reelected in 2014 with 88.7% of the vote in which 73% of the electorate took part.

Both sets of numbers trump the civil society participation and political legitimacy of Western countries and their leaders, and as President Assad once said, there is no way he could remain in office during this war if he didn’t truly have the support of the vast majority of the population.

It’s also telling that most of the country’s refugees haven’t fled the country, but have instead decided to stay in their homeland and seek safety under the protection of the Syrian Arab Army, which currently provides security to around 80% of Syria’s citizens.

Be that as it is, the US and its allies stubbornly ignored the people’s will, and instead continued to blindly pump weapons and fighters into the country in clear confirmation of the adage that insanity is “repeating the same thing over again but expecting different results”.

Ground Zero In The War On Terror

All of those fighters and weapons that the US and its allies were shipping into Syria were bound to lead to some major problems, chief among them the rise of ISIL, but this was actually predicted and supported by the US government a couple years ago. Judicial Watch published a declassified report that it received in May from a Freedom Of Information Act request that proves that the Pentagon’s Defense Information Agency thought that:

“If the situation unravels there is the possibility of establishing a declared or undeclared Salafist principality in Eastern Syria (Hasaka and Der Zor), and this is exactly what the supporting powers to the opposition want, in order to isolate the Syrian regime, which is considered the strategic depth of the Shia expansion (Iraq and Iran).

© Sputnik /
Putin: Russian Support of Syrian Gov't Averts Deterioration of Situation
This bombshell dovetails with what Syrian Ambassador to Russia Riyad Haddad recently said in an interview where he accused the US of using terrorism to promote regime change in his country. President Putin followed up at the CSTO summit by warning countries of the risks inherent in employing double-standards towards terrorists and directly or indirectly using them to further certain tactical objectives.

In order to stem the tide of terror that the US unleashed in the Mideast, Russia is rapidly moving forward with assembling an inclusive anti-ISIL coalition, and President Putin is expected to use his keynote speech at the UN General Assembly later this month to make his case that the situation is far too pressing to care about regime change, and that the world must unite in supporting Syria as it fights on its behalf on the frontlines against terror.

American arrogance got the world into this mess, but if you ask Russia, it’ll be Syrian humility that gets it out in one piece.