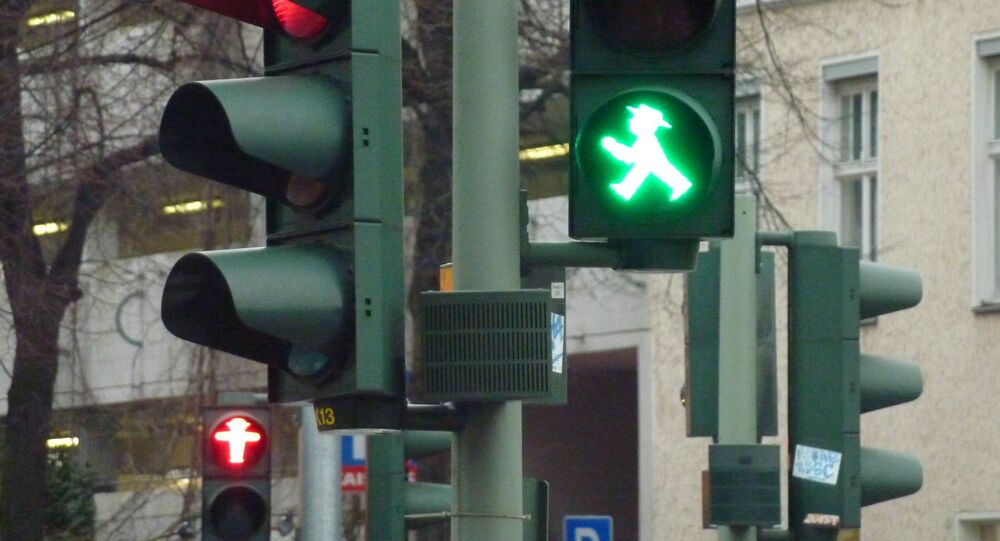 It’s a rich irony – in fact a richness worth about $7.4 billion, and counting. In the same week that European Union envoys voted to extend trade sanctions on Russia, news emerges from the Paris Air Show that American aviation giant, Boeing, is moving ahead to sell a fleet of its 747 cargo planes – to Russia.

That deal – reportedly worth about $7.4 billion – will see Boeing supply Russian transport firm Volga-Dnepr with 20 long-haul aircraft. That inventory is in addition to the fleet of 14 Boeing 747s that the Russian company has already purchased, according to media reports.

Moreover, it also emerged this past week that the Pentagon is lobbying hard for the US Congress to ease trade restrictions imposed on Russian-manufactured space rockets. According to a report in the Washington Times, US Defence Secretary Ashton Carter and other Pentagon officials are calling on Senators to repeal a ban on Russian space technology. The Pentagon says that a joint venture between Boeing and Lockheed Martin needs to purchase 14 RD-180 Russian engines in order to power Lockheed’s Atlas V space rocket program.

So there you have it.

The European Union, caught in a debilitating trade war with Russia, is digging an even deeper hole for its beleaguered economy with renewed sanctions on Moscow – while the Americans are finding all sorts of loopholes to skirt those same sanctions on Russia when it suits them.

© AFP 2021 / ODD ANDERSEN
EU Shot Itself in the Foot With Anti-Russian Sanctions – French Media
It was the EU that followed Washington’s supposed sanctions policy against Russia after the Americans decried what they claimed was Moscow’s annexation of Crimea last March. Never mind the democratic mandate from the people of Crimea in a referendum to re-unite with Russia, Brussels also weighed in with similar recriminations and then slapped on a raft of diplomatic and trade penalties last August. In the same month, Moscow retaliated with its own sanctions that have hit European manufacturing and agricultural exports, as well as American goods.

However, given the volume of trade between the EU and Russia is said to be about ten-fold that between America and Russia, the sanctions policy has predictably rebounded much worse for the Europeans.

Over the past year, those sanctions and counter-sanctions have taken a severe toll on the EU’s faltering economy, already reeling from stubborn recession, debt and soaring unemployment.

Europe’s strongest economy Germany, for example, has reportedly seen its exports plummet by up to 20 per cent, largely as a result of the sanctions with Russia. German farmers are believed to have lost over $600 million in revenues from being shut out of the Russian market. And what’s bad for Germany is definitely bad news for the rest of Europe.

At a time when the EU’s Eurozone bloc is facing an existential crisis over Greece’s possible debt default and exit from the single currency, the last thing, you would think, that Brussels can afford is more economic turmoil. Yet this is exactly what the EU bureaucracy seems to be courting with the extension of sanctions against Russia. A final decision is expected to be taken when EU foreign ministers meet later this week.

Russia lawmaker Konstantin Kosachev said of the latest EU move: “I must admit it will be very interesting to see how our European partners are going to get out of the sanctions trap they have lured themselves into.”

Meanwhile, Russia’s economy seems to have weathered the storm that was intended for it by the Western embargoes. Strategic energy and trade deals with China and other emerging Eurasian partners have helped steer the Russian economy toward a more secure future.

It is the EU alone that stands to lose out from the benighted policy of inciting a trade war with Russia – all on the back of ideologically driven claims of Russian interference in Ukraine and elsewhere – claims, it must be said, that have been largely stoked by Washington and the NATO military alliance that Washington dominates.

The unprecedented militarisation of international relations and the standoff with Russia has proven to be an absolute boon for Washington’s military-industrial complex. To be sure, the Americans are not defending Europe and the other NATO members out of chivalry.

© AP Photo / Charlie Riedel
NATO Unhappy Over US Nukes in Europe - German Media
Each new expenditure by NATO states – under the impetus of an alleged “threat of Russian expansion” – is a boost for sales of US-made fighter jets, missiles, tanks, warships and much else.

Make no mistake. The crisis over Ukraine has been engendered from the outset by Washington’s covert regime-change operation in Kiev in February 2014, which overthrew an elected government and ushered in a Neo-Nazi, Russian-hating regime. Ideologically blinkered European leaders and bureaucrats in Brussels have bought into the audacious American narrative of blaming the crisis on Moscow and on Russian President Vladimir Putin’s alleged plans to “resurrect the Soviet Union”.

Russian parliamentarian Konstantin Kosachev is partly correct when he inferred that the EU is making more trouble for itself. But as for his assertion that Europeans “have lured themselves into a sanctions trap”, that is a moot point.

The Europeans are indeed caught in a sanctions trap that they are foolishly self-perpetuating. But they are in this predicament because it was the Americans who lured them into it.

One way of assessing the agenda at play and who is behind it is to look at the balance sheet of costs and benefits. Europe is the one that is losing out massively in the worst standoff with Russia since the end of the Cold War more than two decades ago. That cost is set to escalate even further as the EU pursues ever-more one-sided economic mayhem with Russia. And, furthermore, that cost includes the possible all-out war on the continent of Europe if this totally contrived standoff spirals out of control.

On the other hand, Europe’s supposed ally and chivalrous defender America has incurred negligible costs to its economy. In fact, the East-West crisis that Washington has largely initiated has brought huge lucrative gains for its military-industrial complex.

And, as if to rub Europe’s nose in it, if the US-led sanctions do happen to cause certain economic problems for Washington, then as we see this week with the $7.4 billion sale by Boeing to Russia, exceptions can be expediently made by the Americans.

In other words, Washington is, in effect, telling its hapless European allies: “Sanctions are for suckers!”