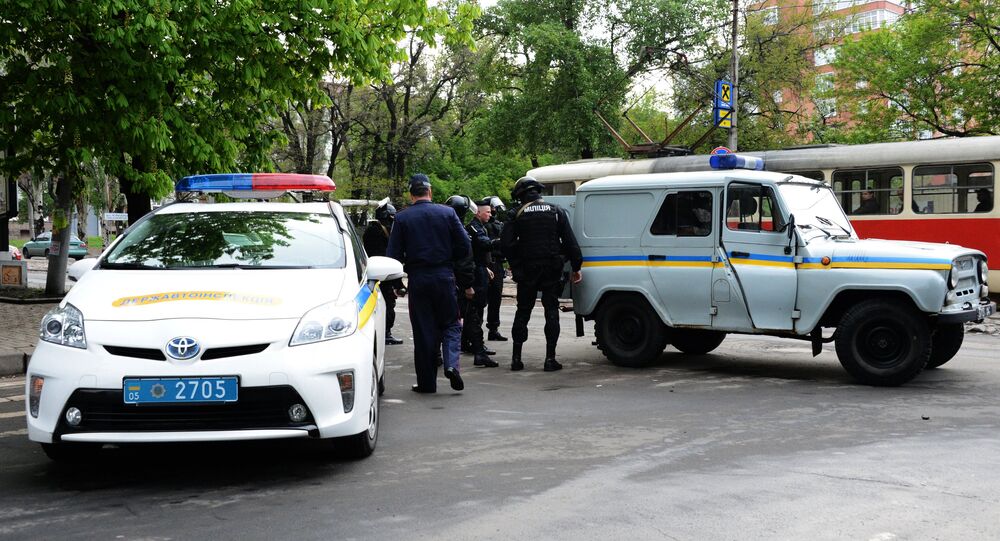 The silence of the West over the deaths of Kiev's opponents - in contrast to the outcry following Russian politician Nemtsov’s death - yet again shows extraordinary double standard and its complicity in the destruction in Ukraine of the very standards of law and morality it claims to believe in.

The story of his murder was extensively covered by all mainstream Western media. Few held back from speculations about who was responsible. Though evidence was completely lacking, the Western media had no hesitation pointing the finger at the Russian government.

Nor has the remarkable number of violent deaths of other Ukrainian opposition figures, which have taken place in recent weeks. Prior to the murders of Kalashnikov and Buzina, over the short period from 29th January 2015 to 14th March 2015, there have been at least seven deaths. Though the number surpasses anything seen in Russia even during the 1990s, the Western public has nothing to say about them.

Nor following the murder of Oleh Kalashnikov have the outrageous comments of Ihor Gerashchenko, senior adviser to the Ukrainian Interior Ministry, received either the attention or the condemnation they merit.

Gerashchenko is reported to have said that the “primary possible motive” for Kalashnikov’s murder was his “political activity” linked with Kalashnikov’s supposed “participation in the organization and financing” of the opposition to Maidan.

© REUTERS / Stringer
Dancing on Grave: Ukrainian Politicians Gloat Over Murder of Journalist Buzina
“Without any doubt the deceased knew a lot about who and in what way financed anti-Maidan, which cost Yanukovych and his camarilla several million hryvnias per day. He takes these secrets with him to the grave,” he said.

A representative of the Interior Ministry in charge of investigating the murder has publicly speculated about its motive, hinted at the involvement of “Yanukovych and his camarilla”, and has done so in a way that smears the dead man and throws back responsibility upon him. This before the investigation has even properly begun.

I do not know who is responsible for these deaths. I do not intend to speculate on a subject about which I have no information.

I would however point to the extraordinary contrast between these words of Gerashchenko’s and those of the Russian authorities followng Nemtsov’s death.

I was in Moscow on the day of Nemtsov was killed. I saw for myself the shock and dismay it caused. The authorities were obviously horrified by the killing and made clear their dismay. Everyone from President Putin down, including Nemtsov’s many political opponents, expressed regret and sorrow for his death.

The Russian authorities have refused to speculate publicly about who was responsible. Though several men have been arrested and charged, President Putin during his marathon question and answer session on 16th April 2015 said he did not know who if anyone had ordered Nemtsov killed.

This approach is obviously the correct one. Publicly speculating about the motive for a murder and pointing a finger at a likely suspect in the way Gerashchenko has done, before the investigation has even properly begun, not only prejudges the results of the investigation but is obviously intended to shape its outcome.

© Sputnik / Ramil Sitdikov
Putin on Nemtsov: We Had Friendly Relations
An Advisory Commission appointed by the Council of Europe has recently published a scathing report on the state of the Ukrainian enquiries into the Maidan events. The report questions whether these investigations can ever establish the truth.

Gerashchenko’s comments show the same is true of the investigations of the deaths of Kalashnikov and Buzina and the others.

As for the West, its silence about these deaths — in contrast to the outcry following Nemtsov’s death — shows again its extraordinary double standard and its complicity in the destruction in Ukraine of the very standards of law and morality it claims to believe in.

Scene of the Murder of Journalist Oles Buzina in Kiev