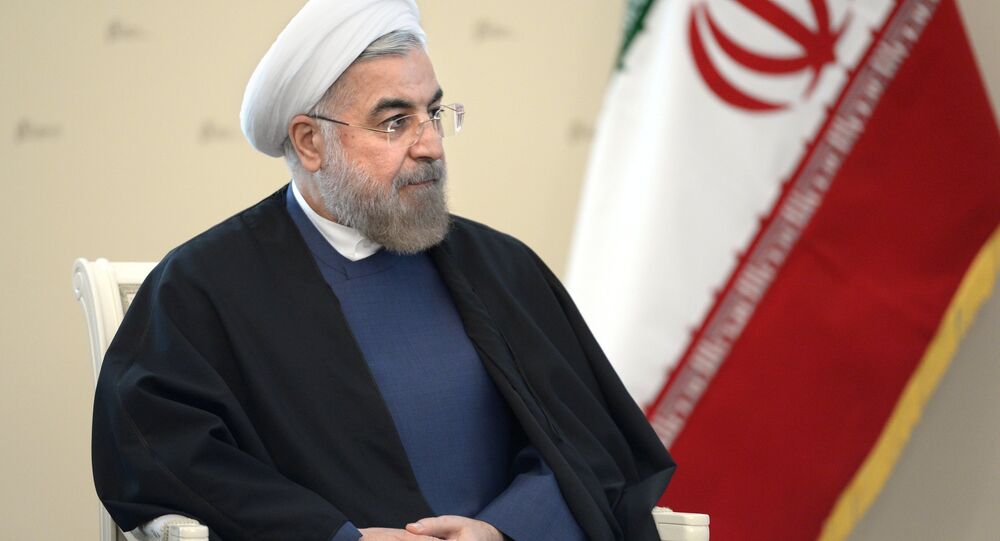 Inside Track on the Iranian Framework Agreement

The framework agreement with Iran has provoked much discussion and has been lauded as a victory by all sides, but what is the role that Iran plays in the region and how will the deal affect its key alliances globally.

© AFP 2021 / FABRICE COFFRINI
Devil is in Western Interpretation of Iran Nuclear Deal
Iran's claims that its nuclear program is entirely peaceful are disingenuous. The Iranian nuclear  program was originally military. It was created in the 1980's in response to a  program to develop nuclear weapons launched by Saddam Hussein’s Iraq.

That  program came dangerously close to success. Iraq’s acquisition of nuclear weapons may only have been averted by Iraq’s defeat in 1991.

Given the ferocious war Iran fought in the 1980s against Saddam Hussein’s Iraq, Iran’s decision to seek an equivalent capability is understandable.

An Iranian nuclear bomb would have balanced an Iraqi nuclear bomb. Against Israel and the US it makes no sense. Were Iran to threaten or use such a bomb against either of these states, it would face an overwhelming retaliation that would put the entire existence of the Iranian nation in jeopardy.

Not surprisingly therefore, following the fail of Saddam Hussein in 2003, Iran made peace overtures to the US and (according to the consensus of all US intelligence agencies) suspended work on its nuclear weapons  program at the very latest by 2007.

Iran has however insisted on maintaining a capability to restart its program. This is unsurprising, given that Iran remains threatened by neighbors, led by Saudi Arabia, which might acquire such a capability themselves. In the meantime, however, Iran has abided by its obligations under the Nuclear Non-Proliferation Treaty.

All this is well understood in the US. Why then its relentless opposition to Iran?

Iran is an adversary of the US’s two key regional allies: Israel and Saudi Arabia.

In the case of Israel this is because Iran is the one power that could conceivably become a regional military rival. As the leading Shiite power, Iran also stands at the head of a powerful network of alliances, which include the Alawite government in Syria, the Shiite government in Iraq and the Lebanese Shiite movement Hezbollah, which fought Israel to a standstill in 2006.

© AP Photo / Richard Drew
In Sept. 2012, Prime Minister Benjamin Netanyahu of Israel shows an illustration as he describes his concerns over Iran's nuclear ambitions during his address to the 67th session of the United Nations General Assembly at U.N. headquarters.

Beyond that, Iran is a major oil and gas producer and a key Central Asian state. As such Iran falls naturally within the Eurasian system led by China and Russia.

The sanctions policy has failed. It has not provoked a revolution causing the overthrow of the current Iranian government and its replacement by a pro-US regime. It is also increasingly failing to isolate Iran from China and Russia. Russia, in recent months, has discussed military and nuclear cooperation with Iran and has floated the idea of swapping Russian goods for Iranian oil.

© AFP 2021 / CHRISTOF STACHE
Iran to Become Most Inspected State Following Deal on Nuclear Program
A similar failure in 2003 provoked the US to attack Iraq.

In Iran’s case that is impossible. The US administration is therefore trying to cut its losses by agreeing a framework agreement, which gives it some control over the easing of sanctions and some chance of gaining influence in Tehran.

Iran for its part has moved a step closer to achieving its objective — getting sanctions lifted whilst preserving a capability to restart its nuclear program at short notice.