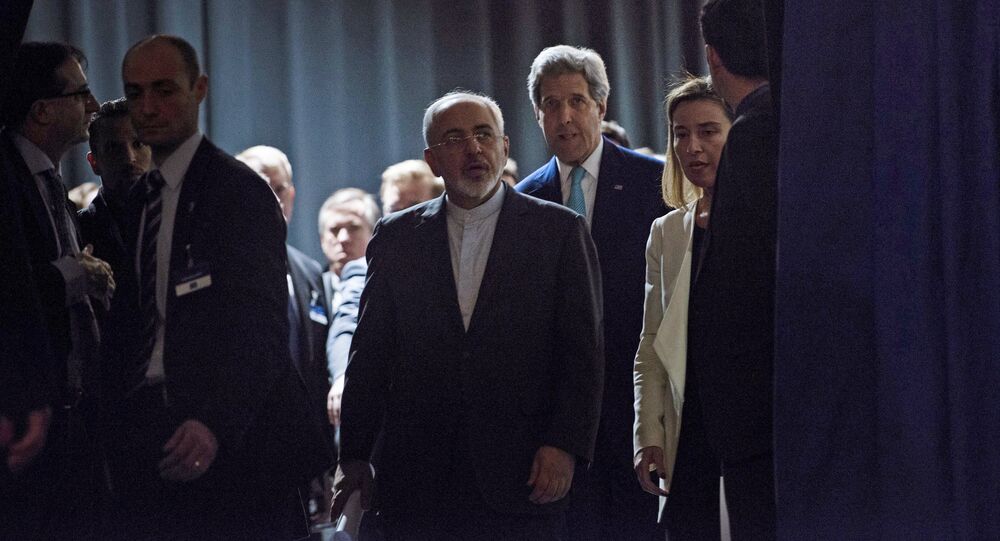 The P5+1 announced Thursday that they’ve reached a framework agreement with Iran that will be finalized by 30 June.

© AP Photo / Brendan Smialowski
The Iran Nuclear Deal: Highlights, High Hopes, and Haters
The long-awaited nuclear deal with Iran finally seems to be within reach since the powers involved are slated to conclude a formal agreement within the next few months. While there’s serious cause for concern that the plans could be sabotaged by unforeseen events, there’s also the possibility that everything will proceed as planned and that the 12-year-long issue could be settled for at least the near future.

With that in mind, it would serve well to look at three of the consequences that the Western media is least expecting, but which could realistically materialize from the lifting of international sanctions against Iran.

The strategic relationship between Tel Aviv and Riyadh has been long in the making and largely in the shadows, but it could come to public light in the aftermath of both states’ vehement opposition to the nuclear deal.

It’s no secret that Israel and Saudi Arabia virulently hate Iran, and there had been reports in the past that they were coordinating a joint attack against it.

While it’s unlikely that they’ll actually go that far, what’s more foreseeable is that Israel will become a de-facto member of the Arab NATO through its coordinated anti-Iranian policies with Saudi Arabia, which would thus further expand the reach of the US’ new Lead From Behind entity in the Mideast.

One of Brussels’ most important foreign policy priorities is to secure non-Russian sources of energy, and the recent groundbreaking of the TANAP gas pipeline in Turkey is an important step in this direction.

When completed, the Southern Energy Corridor (as the general concept is being called) is envisioned to bring Azeri gas to Italy through Turkey, Greece, and Albania, but its ultimate capacity of 31 billion cubic meters is about half of what Russia is promising to provide through Turkish Stream, which thus hampers its anti-Russian diversification purpose.

The Iranian deal can change this because the removal of sanctions means that it’s fair game for the massive Iranian and Turkmen gas reserves (some of the largest in the world) to be tapped and sold to the hungry European market.

Pipelines can be built from these countries to Turkey for their eventual connection to TANAP, which could see its capacity increased to accommodate for the forecasted surge in resources. Iranian oil can also find its way to the EU via a similar route, and if it does, then it could serve to depress prices even lower than they currently are.

© Fotolia / aaastocks
SCO Strengthens Cooperation With Iran After Vienna Talks
The Shanghai Cooperation Organization is going to have its forthcoming meeting in Russia during early July, and Iran could possibly become an official member of the multipolar organization at that time.

As it currently stands, prospective members are prohibited from joining if they’re under multilateral international sanctions (not unilateral ones like those imposed by the US Congress) and must accordingly remain observers until the situation is resolved.

If everything goes according to plan, however, then the sanctions previously enacted by the UNSC should be removed shortly before then, giving the green light to Tehran to join if it so chooses. Should that transpire, Iran would further deepen its integration with the non-Western world and achieve a suitable counterbalance to what some expect to be the rapid intensification of its trade ties with the West.