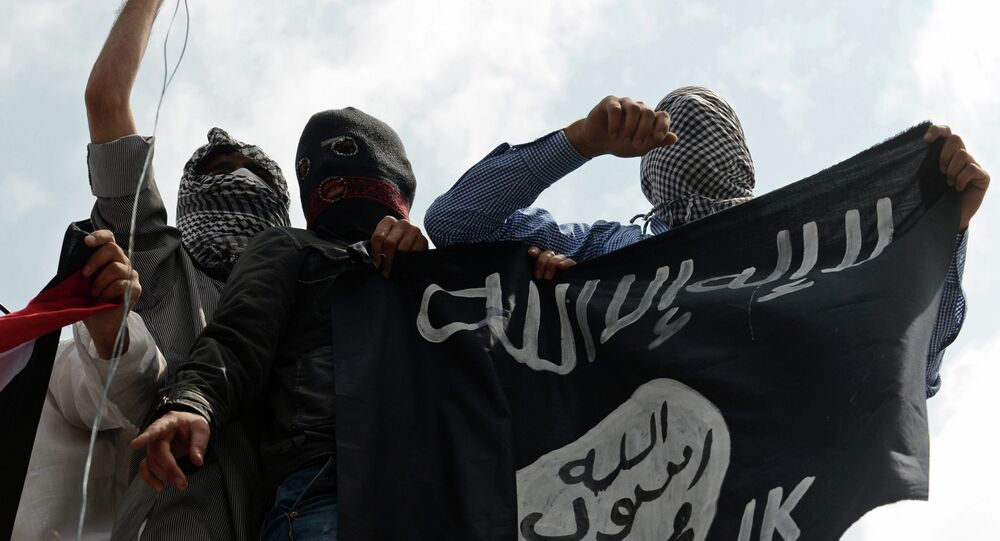 The Western reaction to the Libyan government’s request for anti-terror assistance is the polar opposite of how it responded to Damascus’ similar requests. While the West seems intent on sabotaging Syria, it appears to be going out of its way to accommodate Libya.

Libya and Syria are both facing severe challenges from ISIL, yet the US is once more playing favorites at the expense of the latter. Despite terrorism in Libya obviously being the more pressing threat to Europe’s security, no unilateral intervention against ISIL is even being considered at this point, showing that the West is eager to respect the unpopular legitimate authorities’ desire to empower its armed forces instead.

On the flip side of things, the US and its allies have repeatedly disrespected the popular government in Syria by unilaterally bombing its territory for months, despite ISIL there not being an immediate threat to European security interests, and haven’t even considered for a moment that the Syrian Arab Army (SAA) is the most valuable weapon in the country’s war on terror. This blatant hypocrisy in anti-terror approaches can be clearly attributed to ulterior interests and insincerity in fighting ISIL in Syria.

Libya and Syria both have their situational differences, but when compared amongst themselves, the North African state is arguably weaker and less prepared to fight against ISIL, yet it is the Libyan government’s interests that are being accommodated by the West and the Syrian government’s that are being ignored and even countered by them. Here’s a back-to-back comparison that most vividly illustrates their differences:

© Flickr / Stefano F
300 Egyptians Flee Libya Following Execution of Coptic Christians by ISIL
The legitimate government was voted into office during the summer general elections, with only 18% of the electorate deciding to take part. Since then, the authorities were kicked out of the capital and now reside in the far-flung eastern city of Tobruk near the Egyptian border, having ceded many major population centers to the terrorists as they retreated. This has left ISIL with unhindered control over much of the country’s coast, raising fears that it might try to directly attack Europe in the future. The group even went as far as to say that “you have seen us in Syria, now we’re right here, just south of Rome.”

Nonetheless, the Libyan authorities have rejected outside military intervention against this seemingly imminent international threat, and the Western community has complied.  Tobruk is now requesting that the arms embargo on the country be lifted and that an international blockade be imposed to prevent arms from entering areas where the government has no control. Although no decision has been made as of yet, the West is listening with open ears and appears ready to abide by the Libyan government’s recommendations.

© Sputnik / Alexander Makarov
At Least 150 Christians Abducted by ISIL in Syria
Syrian President Bashar Assad was re-elected during the June presidential election, winning 88.7% of the vote with a 73.42% turnout. Since then, the government solidified its control over the capital and its surroundings, and engaged in successful offensives against the terrorists in the northern and southern reaches of the country. Although ISIL does infest large parts of eastern Syria, the group is not as immediate or direct of a threat to the West as its counterparts in Libya are.

The SAA has insisted that it can handle the terrorist problem on its own, provided that its neighbors do their legal part in preventing the free passage of terrorists and weapons into the country. This has of course not happened, nor has the government’s opposition to unilateral foreign strikes been respected. Throughout the past four years, the West has placed weapons sanctions on Syria, while countries like Russia that provide it with anti-terror material support have been slurred for ‘supporting a dictatorship’.

The Right Way To Fight Terrorism

© AP Photo / Mohammad Hannon
Top Secret? Jordan Furious After Pentagon Reveals Anti-ISIL Training Site
After having read about the West’s completely divergent ways of responding to terrorism, one may now wonder what the proper method is. Believe it or not, it’s actually the way that ISIL is being dealt with in Libya that represents the right way to handle the situation, although the West’s response is extremely hypocritical since this proper method isn’t being applied in Syria, which actually has better and more stable grounds for its application (as was seen above). To avoid any confusion, here are the characteristics that make the current (key word) Libyan approach the right one:

* Respect for the will and decisions of the democratically elected government

Be that as it may, the West’s attitude to Libya’s War on ISIL may very well change (and rapidly at that), but as it stands, it represents the most effective and legal way to handling terrorism all across the world. The question is, why doesn’t the West behave this way towards Syria?

Objectively speaking, there’s nothing that prevents the West from confronting terrorism in Syria according to the same legal and effective guidelines that it’s currently (key word) practicing in Libya. If it was serious about combating ISIL, it could follow the SAA’s recommendations, since it already has an over four-year-long track record in directly fighting terrorists. The weapons sanctions imposed on the popular and democratically elected Syrian government can be immediately lifted, and Turkey and Jordan, which are definitely threatened by ISIL, could step up their border control and make sure no terrorists or weapons pass through to Syria. The so-called ‘anti-ISIL’ coalition could halt its unilateral and uncoordinated strikes in Syria and await further instructions from Damascus, but none of these simple and logical steps are being taken.

Do you agree with King Abdullah of Jordan who called the ISIL threat a ‘third world war’?
Voted: 1023
All polls
The reason that the ‘anti-ISIL’ coalition isn’t doing any of these things is because it’s actually a regime change coalition (RCC) disguised in misleading and convenient ‘anti-terror’ rhetoric. None of its members want to see ISIL completely destroyed right now, otherwise they’d assist the SAA in making that happen and wouldn’t’ have provided (at the very least) the situational and early material assistance that made the group’s creation possible.  Instead, the aim of their bombings is to destabilize Syria even further and provoke the SAA into firing on the RCC aircraft, which would then create the pretext for an all-out regime change bombing campaign modeled off of the 2011 War in Libya.

As a perfect case in point, reports are now circulating that the foreign-supported ‘moderate opposition’ in Syria (a myth if there ever was one!) will be able to call in RCC airstrikes against ISIL. While they may try to get some external assistance in eliminating their extremist rivals, what’s more likely is that they’ll eventually call for strikes in heavily populated and civilian areas or even directly against the SAA, all ostensibly to defeat ‘ISIL’. Should just one ‘mistake’ like this happen and the SAA rightfully respond to the aggression being unleashed against it and Syria’s citizens, then the RCC won’t hesitate to repeat their 2011 Libyan scenario in Syria (their intent all along) and officially transform the former pearl of the Mideast into its most impoverished and terror-stricken area.