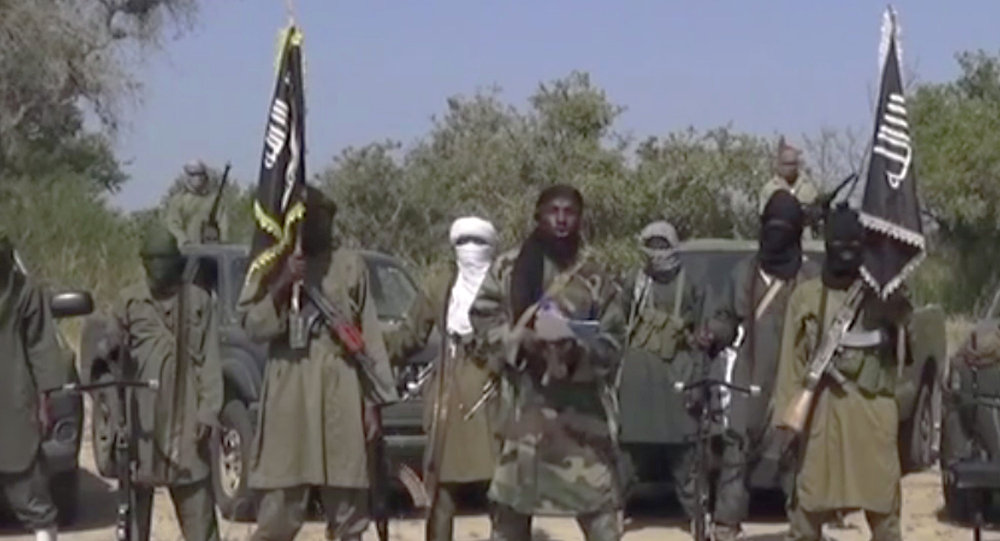 While Syria and Chad Both Fight Terrorists, US Plays Favorites

Syria has successfully fended off an international terrorist takeover for the past four years, while Chad has hugely contributed to the liberation of Northern Mali and is currently making great strides against Boko Haram.

© REUTERS / Andrew Winning
Nigeria Pledges to Destroy Boko Haram by April as Violence Intensifies
Terrorism has been described as the scourge of the 21st century, and it’s in the interests of every government to support whichever forces are fighting against it. The creation of a terrorist safe haven in one country can be used to plot attacks in another (e.g. Afghanistan’s relationship to 9/11), so it’s important that such dens are eradicated before they become operational, let alone fester into dystopian pseudo-states. Sometimes, however, the international community either neglects a region until it’s too late (Boko Haram in northeast Nigeria), or some of its Machiavellian-minded members are actually complicit in allowing the terrorists to take root in the first place (the US/Turkey/GCC and ISIL). Chad and Syria have been engaged in fierce fighting against these two major terrorist threats, but the US reaction to each of their Wars on Terror couldn’t be more different. 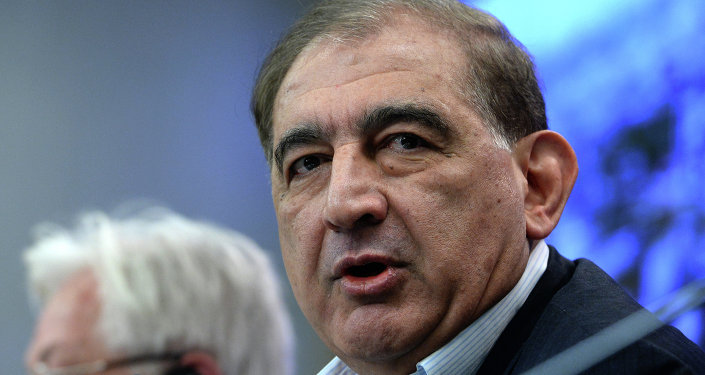 © AFP 2019 / VASILY MAXIMOV
Syrian Opposition Against 'Iraq-Style' US Intervention
Chad has taken on the frontline role in the war against Boko Haram, having recently sent a few thousand of its soldiers to neighboring Cameroon to flush the terrorists out of the country. So successful has the operation been, that not only have hundreds of them reportedly been killed already, but Chad has also taken the war to Boko Haram’s home turf in northeast Nigeria. The West African integration group ECOWAS is assembling its own fighting force to aid in the anti-terrorist campaign, which together with Chad’s current efforts, may serve to eradicate the scourge once and for all. The Chadian Army’s rapid victory spree looks even more striking when one considers that the Nigerian Army had been fighting against the group for six years already, with hardly any success to speak of.  Although corruption and inefficiency definitely had a lot to do with this, Boko Haram is still a formidable fighting force in its own right. Nonetheless, the US- and French-trained Chadian Army is even more dangerous, and it has a track record to prove it.

The Chadian military’s reputation as a no-nonsense fighting force preceded its intervention in Nigeria, having recently been deployed in Northern Mali in January 2013 to defeat the terrorists stationed there. France’s Operation Serval captured news headlines at the time, but aside from their ‘shock and awe’ aerial bombardments and select special forces operations, it was really the Chadians who fought the bloody war on the ground and liberated Mali, which was two countries away. Part of the reason why Chad’s forces are generally so effective is because they’re constantly fighting against a slew of rebel groups trying to overthrow the government, which has given them pivotal experience in countering guerilla/insurgent warfare, and places them a step above most of their Western counterparts in this regard.

The Syrian Arab Army (SAA) has been bravely fighting against all manner of terrorists over the past four years, succeeding in its equivalent of the Great Patriotic War where many others would have capitulated within a year. The SAA had previously put down a violent terrorist campaign by the Muslim Brotherhood in the early 1980s and engaged in peacekeeping in Lebanon for decades, demonstrating its lengthy experience in handling all sorts of military affairs relevant to today’s situation. By comparison, however, the intensity of the contemporary crisis enormously overshadows anything that the SAA (or any military, for that matter) had ever come up against, but still, through its skillful battlefield tactics and the supportive resolve of the Syrian population, the terrorists have been prevented from staging a full takeover of the state. Be that as it may, the SAA couldn’t fight in all directions at once, and while it was bogged down liberating its main cities from the externally supported regime-change ‘rebels’, ISIL was able to grow strong in the country’s distant and underpopulated desert regions.

© AP Photo / Jon Gambrell
Niger Forces Kill 109 Members of Boko Haram
ISIL’s genesis and continued existence thus came about as a result of external interference in Syria’s War on Terror. The US, Turkey, and their Gulf allies kept funneling more fighters, weapons, and money into the country for the past four years in order to compensate for the large losses that the SAA was inflicting on their proxies, thus keeping the war going. Left to their own fate, however, these groups would have been decimated within a month or two, something President Assad has repeatedly said. Since this wasn’t the case, the SAA had to prioritize safeguarding major population centers from attack and occupation, which created a security void that ISIL exploited in the northeast. A misleading Western criticism of the SAA is that it somehow ‘allows’ ISIL to exist in the country, but this is nowhere near the truth at all. If the SAA launches the necessary offensive needed to destroy ISIL (which it has wanted to), then it would be exposing itself and the country’s main cities to what could turn out to be crippling attacks from the ‘Free Syrian Army’ and others, which might lead to the total destruction of the state and actual regime change. Thus, so long as foreign states are sponsoring these militant elements in the country and until those forces stop fighting the Syrian government, the SAA is regrettably placed in the position of delaying its full operations against ISIL until its previous liberating gains can be safely guaranteed.

The US’s hypocritical approach of implicitly supporting Chad’s anti-terror operations against Boko Haram while hampering the SAA’s against ISIL shows that it doesn’t think that all terrorists are equally deserving of immediate elimination. While it doesn’t obstruct Chad from destroying Boko Haram (despite its interests in keeping the group around), the US has got in the way of the SAA’s planned campaign against ISIL by refusing to create the conditions necessary for it (i.e. stopping support for behind-the-lines regime change forces). This dichotomy is due to ISIL’s existence serving two main strategic goals for the US, namely that it weakens the Syrian government by preventing the SAA from liberating the whole country, and it gives the ‘anti-ISIL’ coalition the excuse to conventionally intervene in Syria through the current bombing campaign (which can easily turn into a full-fledged Libyan-style regime change one should the decision be made).

The insidious approach of the US to ISIL is characteristic of the myth that there are ‘good’ and ‘bad’ terrorists, or to put it another way, that some terrorists are temporarily beneficial if their existence furthers certain short-term goals. American interests in West Africa through Boko Haram are apparently less important than those that it subjectively believes it has in the Mideast through ISIL, hence why it allows the first to be wiped out but wants the second to be preserved. The dangerous issue being overlooked, however, is that the longer the US plays its devious terrorist game of favorites and prevents the SAA from defeating ISIL, the greater the chance that Charlie Hebdo-like blowback will arrive on America’s own shores.