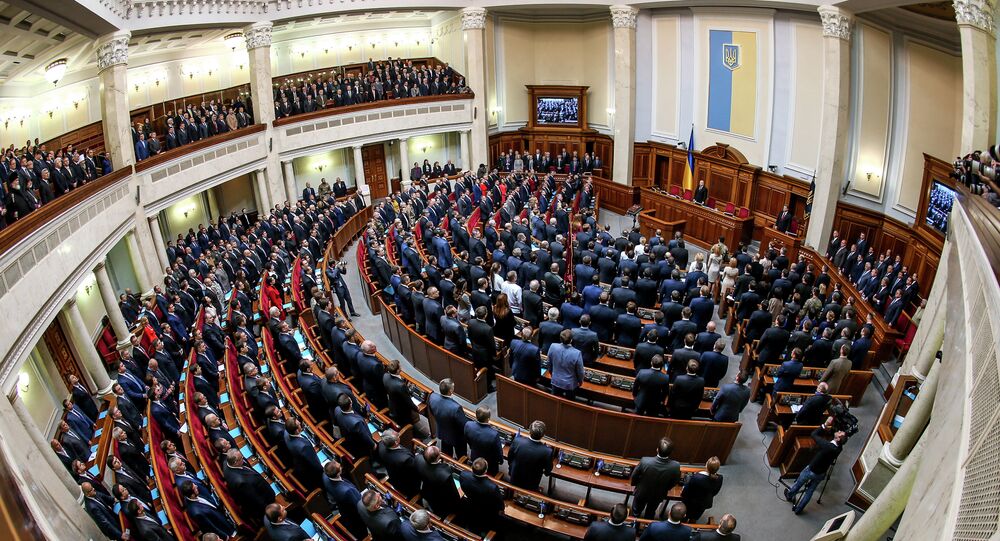 Following an issue of the New York Times Sunday Book Review which focused on Russia, three major American think tanks hosted the events which attempted to blame Russian leadership for the failures of the American foreign policy.

These events attempted to blame the past and present Russian leadership for the failures of the American foreign policy establishment and justify the American desire to be the sole global power.

Vorobiov began the event by declaring that the Ukrainian conflict’s level of secrecy and brutality is unprecedented since World War II, and that the empowering and equipping of violent separatists could create an “ISIS in Eastern Europe.” He went on to paint a terrifying picture of poor, maligned, dignified Ukrainians fighting against criminals, mercenaries, and Russian troops (and propaganda) in order to define a Ukrainian heritage free of Russian influence.

Duran started his statement by quoting from Henry Kissinger’s revealing interview in Der Spiegel, chiding the elder statesman for having suggested that Western powers did not understand Ukraine’s relationship with Russia when they decided to intervene.

Duran also disagrees with Kissinger’s remark that “nobody is willing to fight over eastern Ukraine,” declaring that in fact, “Russia can be stopped.” To achieve this goal, Duran suggests returning to a world order based on treaties rather than armies — apparently unaware of the military aggression behind America’s global interest. He advocates arming and training Ukrainian soldiers with “lethal military assistance,” the continuation of “crippling sanctions” to show Russia that there are costs when their actions impede on America’s interests in Eastern Europe, and the modernization of NATO to permanently occupy Eastern Europe.

© Sputnik / Alexander Maximenko
Ukraine for Sale: Unkept Promises of Maidan
Coffey expanded on his recent writing on Russia’s role in Ukraine and the Caucasus. In Ukraine, Coffey suggests that the Russian goals included continuing the conflict to portray Poroshenko as week and corrupt, while keeping Ukraine out of the “transatlantic community” and “controlling all territory that once formed 19th-century Novorossiya.”

His plan includes deeper isolation of Russian economic interests, providing “defensive weaponry,” and taking steps to break the Russian monopoly on supplying European energy. He chides the Obama government for hoping the problem disappears, but warns that it is “time to acknowledge that Russia’s imperial ambitions have no limits.”

The push for greater and more violent involvement in Ukraine, which the Heritage Foundation has adopted as its official position, is likely to be echoed in the upcoming Republican Congress. The current President of the Heritage Foundation, former Republican Senator Jim DeMint of South Carolina, maintains a close relationship with his former colleagues, and hopes to continue using Heritage as the intellectual backbone of the Republican Party.

At The Brookings Institute, former ambassador Strobe Talbot hosted Stephen Kotkin, author of “Stalin Volume I: Paradoxes of Power, 1878-1928,” which was reviewed by the New York Times, to discuss the international and domestic contexts of Stalin’s rise to power as well as the impact of his early policies.

Kotkin also suggests that Putin is ignoring Stalin’s impact on Russia and the surrounding areas, trying to “decommunize” the 20th century and re-imagine Stalin as a great leader from a “Russian National” perspective for defeating Hitler, modernizing the infrastructure, and unifying the continent.

Talbot, acting in his capacity of President of the Brookings Institute, uses the event to draw out the comparisons between Putin and Stalin. Kotkin notes how the invasion of neighboring states is the outcome of a vengeful nationalism connects both leaders, with the entire Brookings event being designed to map Putin’s actions onto Stalin’s and sojustifiying American outrage and reaction.

While those two Washington think tanks were demonizing Russia and urging an escalation of the crisis while bemoaning the impacts on the poor Ukrainians forced to fight their battles, the New York-based Carnegie Council joined with New York University (NYU) to take a broader look at “Russia in the Global Context.”

The event featured Nicolai Petro, a professor of international politics at the University of Rhode Island who has recently completed a stint in Odessa as a Fulbright Research Scholar, NYU Assistant Professor of Politics Arturas Rozenas, and Thomas Graham, who served as Special Assistant to President George W. Bush and Senior Director for Russia on the National Security Council staff from 2004 to 2007 before his current role focusing on Russia affairs as a Senior Fellow at Kissinger Associates.

Nicolai Petro began the conversation by casting the crisis as one of deep-seeded ethnic tension between the tribes of Galicia and Donbas. Their cultural battle of the level of Russian cultural influence in Ukraine versus an idealized Ukrainian purity.

Much like in Iraq before America’s invasion, the corrupt centralized power kept those differences at bay and prevented the sides from using the levers of the state to act out their desires for purity.

New York University Professor Arturas Rozenas then warned of the dangers of Putin’s “dictatorial welfare state” gutting the funds for health and education due to economic downturns and demands to militarize the economy to respond to the threat from NATO and the west.

The final speaker, Thomas Graham, provided a relatively sober analysis from someone previously employed by President Bush and currently working with Henry Kissinger. Despite blaming Moscow for refusing to negotiate specifics of a cease fire, he noted the importance of a deal to deescalate the conflict by “balancing the damages.”

For Graham, and with the support of the other two panelists, this means recognition of Crimea’s present status, a several billion dollar aid package to rebuild Ukraine, and decentralizing power to diffuse ethnic tensions, and the removal of all heavy munitions.

Taken together, these events portray a desire to shift the focus and blame to the misdeeds of the Russian leadership both past and present, relieving the US foreign policy establishment of all culpability. The demonization of any nation which opposes this agenda is to be expected.

Negotiating a lasting peace in Ukraine means America must recognize that Russia has at least an equal stake in the outcome. This solution would require acknowledging a global order of equal nation states, rather than the idea presented by President Bush and amplified by President Obama that America can and will act alone as the world’s only truly legitimate superpower.

Justifying American supremacy and lashing out at other nations when the cracks in the American system become obvious is at the top of the agenda for America’s foreign policy think tanks. This was on display on December 1st, and will likely continue as the institutional response to the current conditions.