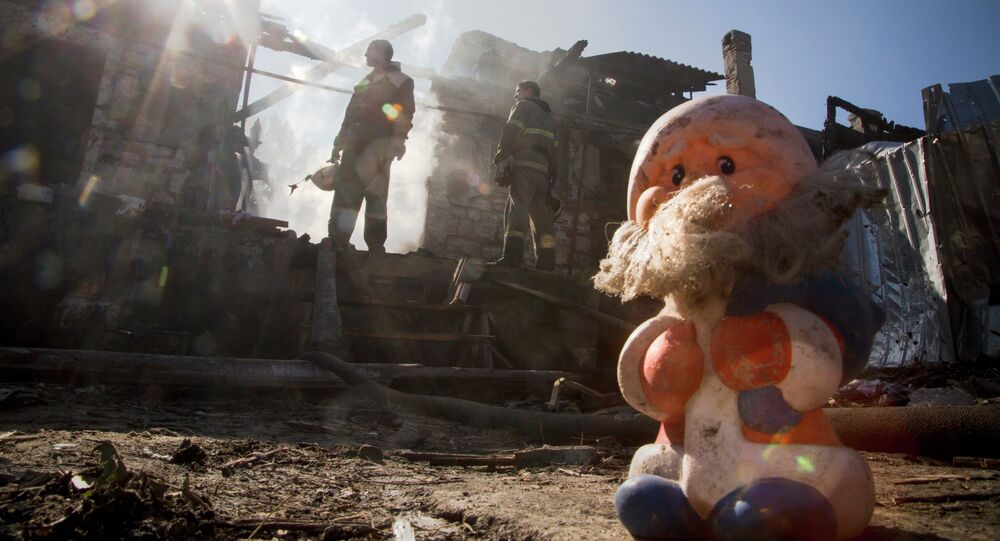 Washington intends to remove Russia as a constraint on Washington’s power.

ATLANTA, November 23 (Sputnik) — According to news reports, Washington has decided to arm Ukraine for a renewed military assault on Russian ethnics in Donetsk and Luhansk.

© AP Photo / Sergei Grits
US Weapons Supply to Ukraine Would Violate International Law: Ombudsman
A Russian foreign ministry official condemned Washington’s reckless decision to supply weapons to Kiev as a violation of agreements that would make a political resolution of the conflict less likely. This statement is perplexing. It implies that the Russian government has not yet figured out that Washington has no interest in resolving the conflict. Washington’s purpose is to use the hapless Ukrainians against Russia. The worse the conflict becomes, the happier Washington is.

The Russian government made a bet that Europe would come to its senses and the conflict would be peacefully resolved. The Russian government has lost that bet and must immediately move to preempt a worsening crisis by uniting the separatists provinces with Russia or by reading the riot act to Europe.

Situation in Donetsk and Luhansk: Fighting Continues, Despite Ceasefire
It would be a costly humiliation for the Russian government to abandon the ethnic Russians to a military assault. If Russia stands aside while Donetsk and Luhansk are destroyed, the next attack will be on Crimea. By the time Russia is forced to fight Russia will face a better armed, better prepared, and more formidable foe.

© Sputnik / Vladimir Fedorenko
US, Canada, Ukraine Isolated Over UN Anti-Nazism Resolution: Lawmaker
The American people are clueless that Washington is on the brink of starting a dangerous war. Even informed commentators become sidetracked in refuting propaganda that Russia has invaded Ukraine and is supplying weapons to the separatists. These commentators are mistaken if they think establishing the facts will do any good.

Washington intends to remove Russia as a constraint on Washington’s power. Washington’s arrogance is forcing a stark choice on Russia: vassalage or war.