With the Biden administration having vowed to remove all US troops from Afghanistan by the 20th anniversary of the 9/11 terrorist attacks, US officials recently announced removal efforts are more than 90% complete. Just over two months remain on the promised deadline. 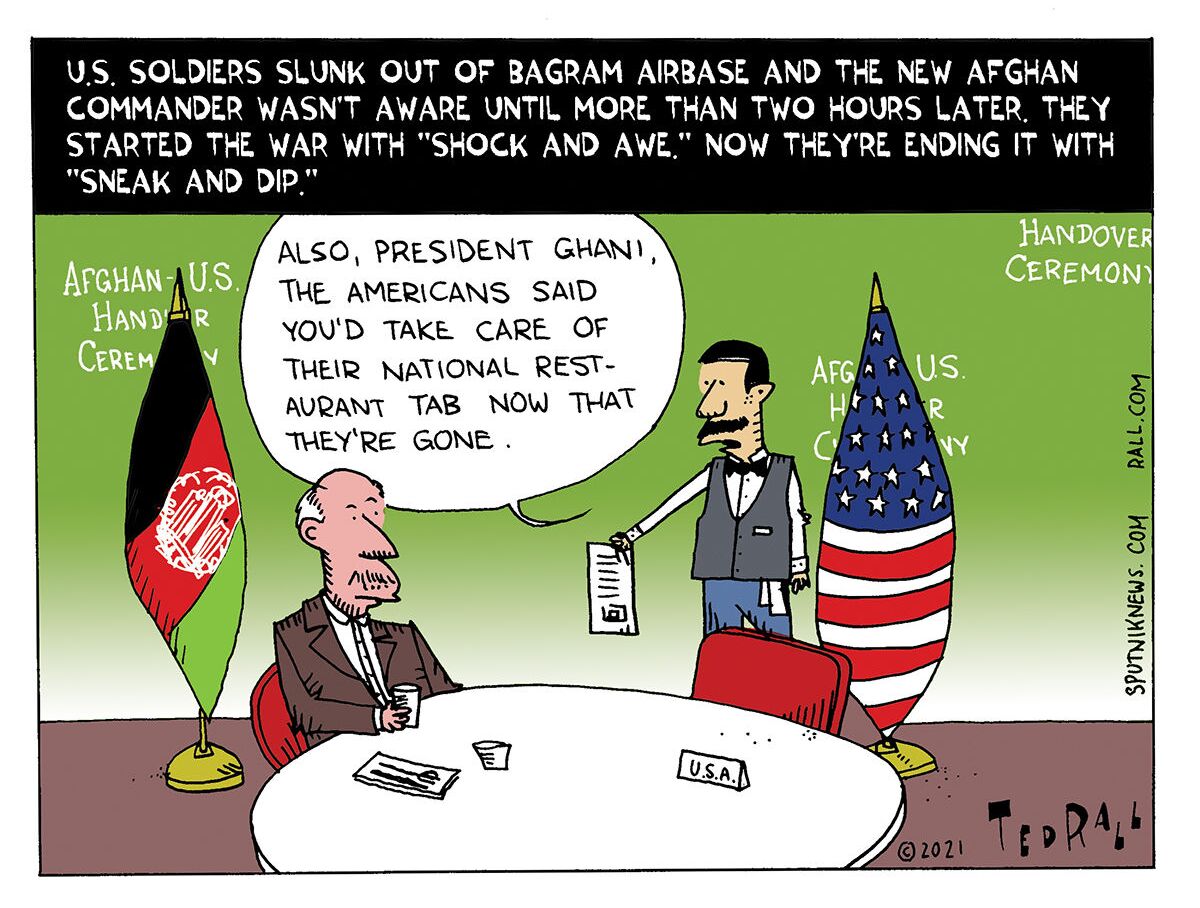 After nearly 20 years of occupying Afghanistan’s strategic Bagram Airfield, US forces quietly departed the military installation without so much as giving a head’s up to the base’s incoming Afghan commander.

Gen. Mir Asadullah Kohistani, Bagram’s new commander, told the Associated Press on Tuesday that Afghan military officials were not informed of the US departure from the base, and had only discovered the development more than two hours after troops quietly left the airfield.

“We [heard] some rumor that the Americans had left Bagram ... and finally by seven o’clock in the morning, we understood that it was confirmed that they had already left Bagram,” Kohistani told the outlet, detailing that American forces left behind a treasure trove of supplies that ranged from ready-to-eat meals to armored vehicles.

Another soldier relayed to the publication that US forces had called their Afghan counterparts from the airport in nearby Kabul to confirm that they had indeed pulled out from the base.

It was also reported that within 20 minutes of the US pullout, electricity at the base was shuttered, effectively serving as a free-for-all sign to nearby thieves. By the time Afghan soldiers arrived at the base, they had to run off of a “small army of looters,” according to the AP.

UK Special Forces Will Reportedly Stay in Afghanistan 'as Advisers'