The 2020 US election proved to be one of the more contested White House bids in recent history, with former US President Donald Trump and supporters voicing unsubstantiated voter fraud claims in an effort to raise doubt over election procedures. Among those supporters was Rudy Giuliani, who momentarily served as Trump’s adviser and attorney. 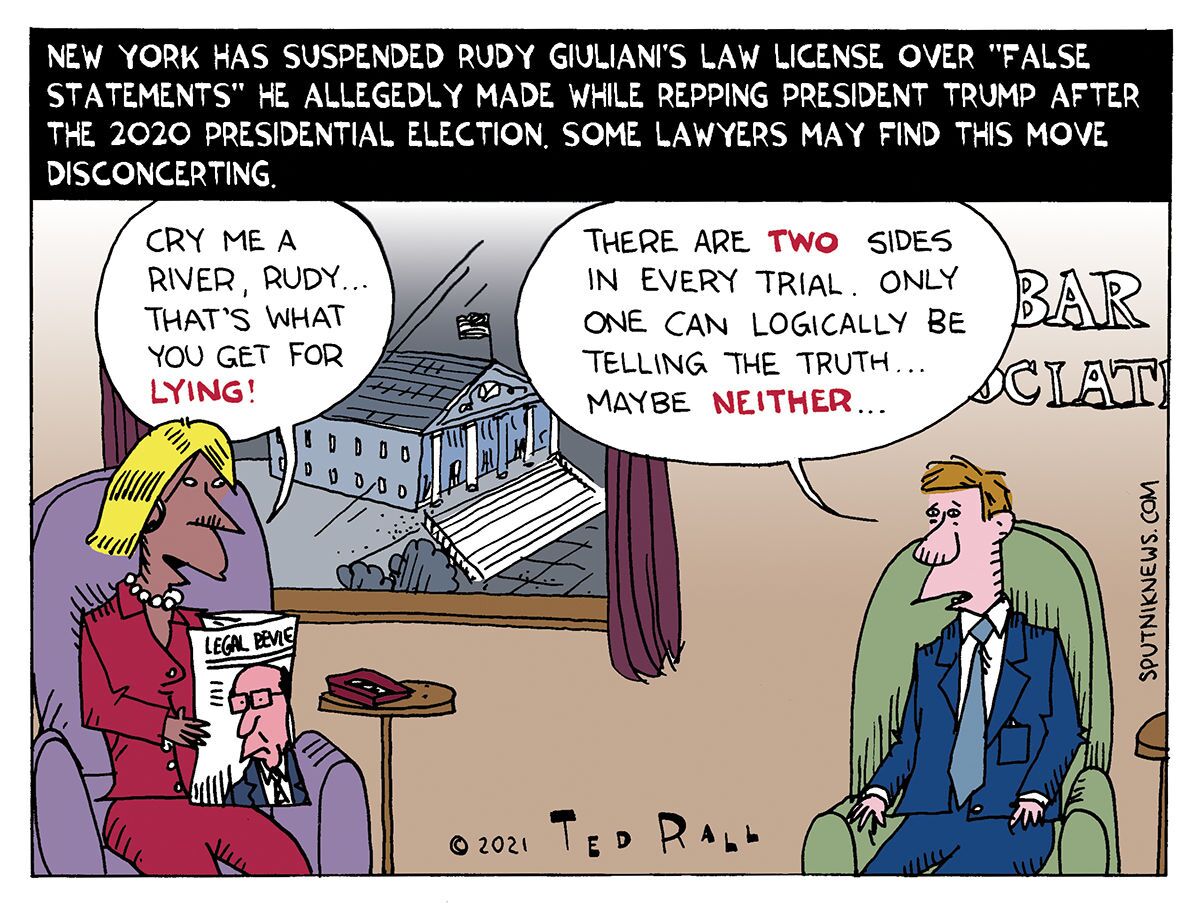 Giuliani, the former federal prosecutor-turned-mayor of New York City, found himself in a legal limbo on Thursday after a New York court ruled in favor of temporarily suspending his law license for he publicly voicing false statements that questioned the validity of the 2020 election.

The ruling by the New York State appellate court came down at the recommendation of a disciplinary committee that determined Giuliani sought to mislead judges, lawmakers and the public by pushing Trump’s election-related legal challenges.

“[Giuliani’s] conduct immediately threatens the public interest and warrants interim suspension from the practice of law, pending further proceedings before the Attorney Grievance Committee,” the court noted in a 33-page ruling.

The body also indicated that Giuliani could face “permanent sanctions” once proceedings conclude, hinting that the former mayor could be hit with disbarment in the following months.

Trump later took the opportunity to defend Giuliani, comparing him to Eliot Ness, a federal agent whose team is credited with busting Prohibition-era gangster Al Capone, before deeming the Empire State “out of control.”