As the saying goes, people who live in glass houses should not throw stones. According to netizens, US President Joe Biden did not adhere to this proverb during his Wednesday remarks on Russia following his summit with Russian President Vladimir Putin in Brussels, Belgium. 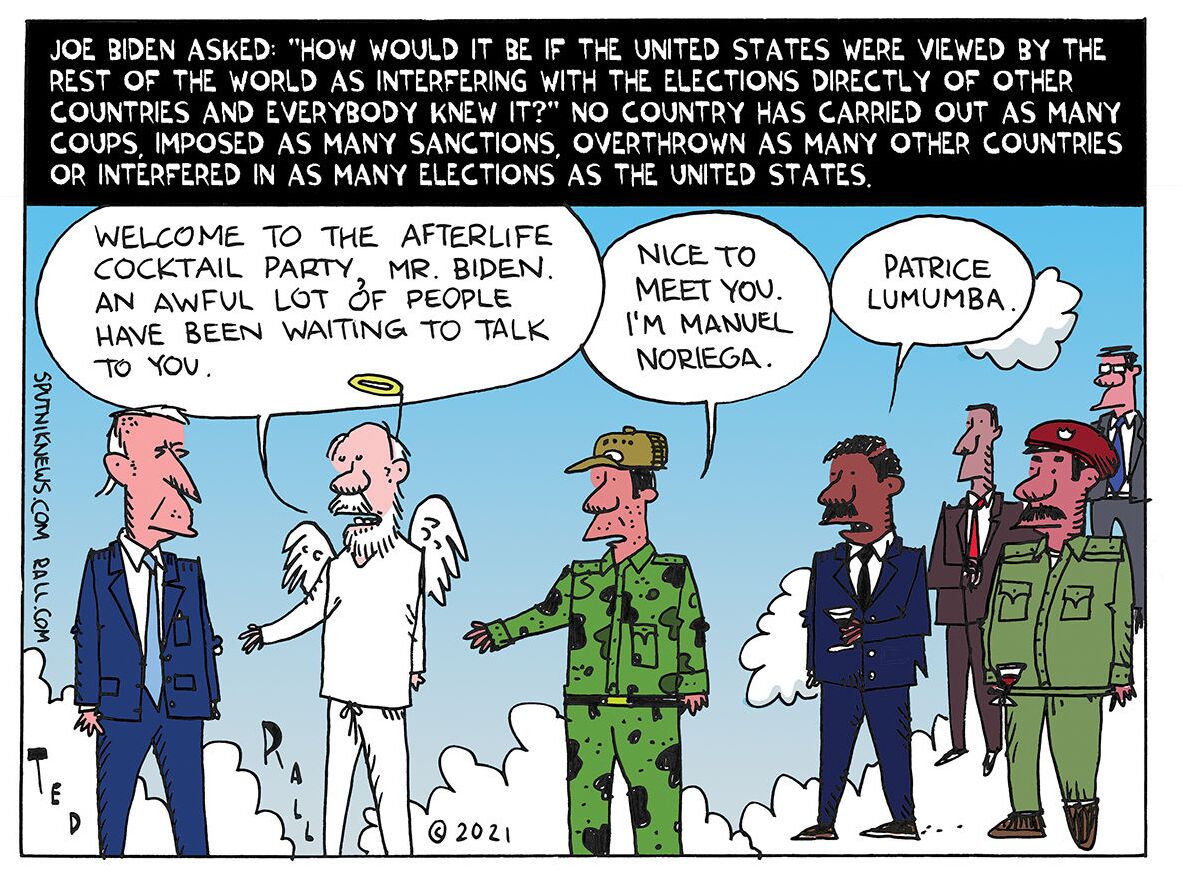 "How would it be if the United States were viewed by the rest of the world as interfering with the elections directly of other countries? And everybody knew it?" Biden rhetorically asked reporters during his Wednesday news conference in Brussels, speaking of alleged Russian interference in US elections.

While the pre-selected reporters failed to press Biden on his comment, those viewing the press conference took to social media to pan his statement as woefully hypocritical.

“How would it be if the United States were viewed by the rest of the world as interfering in their elections and everybody knew it?”

Pretty tricky hypothetical but if I had to guess it’d prob be something like this pic.twitter.com/P3ZELCSSFU

Overwhelmingly, netizens brought up past instances of the White House working to bring about "regime change" in countries such as Iraq, Honduras, Libya, Venezuela and Syria.

A number of individuals replied to Biden's comments with the July 1996 cover of TIME Magazine, which notably featured a cover story on how "four US advisers used polls, focus groups, negative ads and all other techniques of American campaigning to help Boris Yeltsin win" the 1996 presidential election in Russia.