Ghost of Administration Past

At the start of his administration, US President Joe Biden issued a multitude of executive orders that effectively walked back policies imposed under the Trump White House, including one that halted work on the US-Mexico border wall. 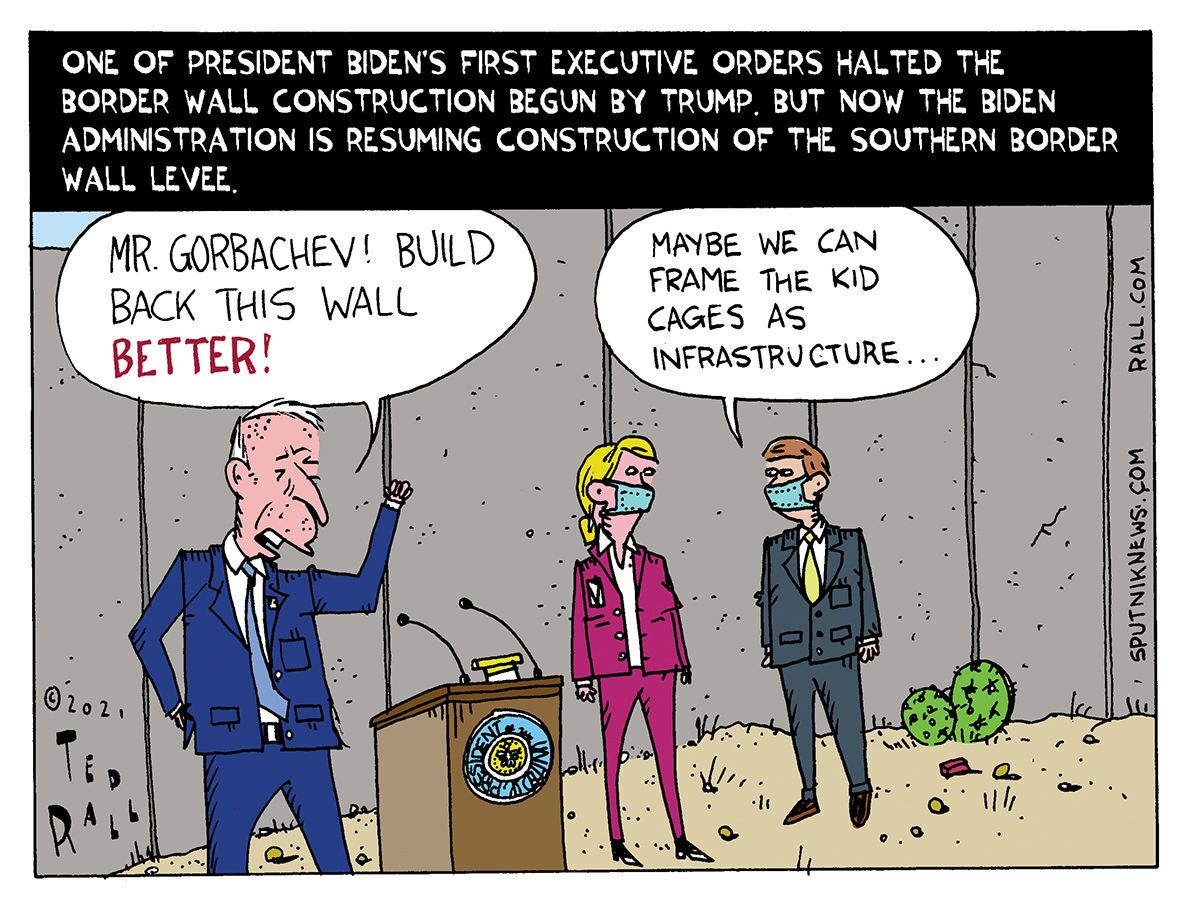 Newly surfaced reports have revealed that the Biden administration will be resuming construction of the wall established at the US southern border in an effort to curb illegal border crossings into the Land of the Free.

Fox News reported Thursday that the US Army Corps of Engineers would be restarting work on a 13.4-mile-stretch along the Rio Grande Valley, with priority repairs expected to start sometime within the next six weeks.

The initiative appears to be part of effort to repair the flood levee at the Rio Grande Valley, which was previously excavated to make space for the border wall. The agency stressed via Twitter that the effort "will not involve expanding the border barrier."

A statement further issued by the US Department of Homeland Security indicated that the repairs would "protect border communities from physical dangers" that emerged as construction on the wall was called off.

To date, the Biden administration has been repeatedly blasted over its efforts to combat illegal border crossings, as well as the booming numbers of asylum-seekers.