Over the last several days, hundreds of rockets have been deployed along the Gaza Strip as Israel's Iron Dome defense system has been repeatedly tapped to intercept incoming missiles. The clashes have led to dozens of fatalities and injuries. 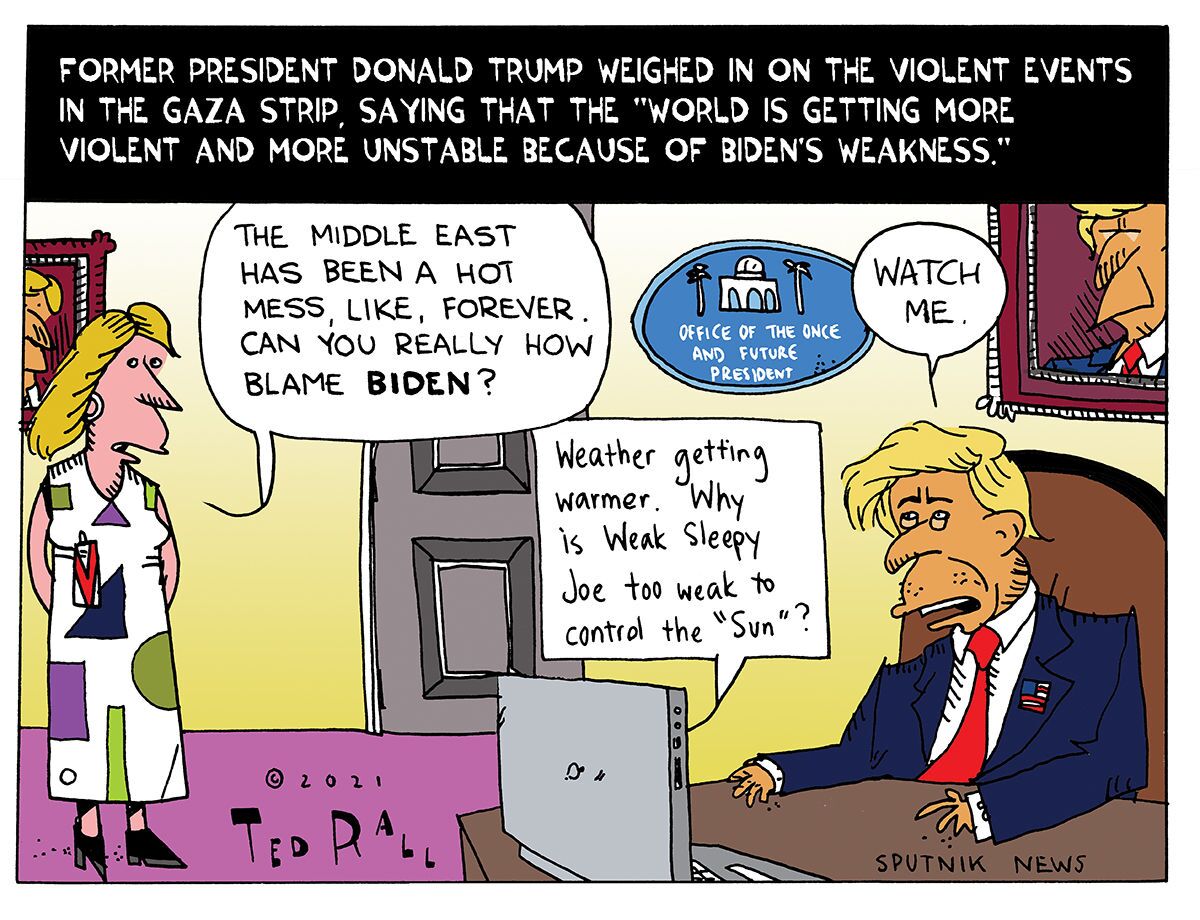 Former US President Donald Trump weighed in on the latest spat between Israeli and Palestinian officials on Tuesday, claiming that the Biden administration was partly to blame for the renewed tensions.

A statement issued from Trump's post-presidency office claims that the Trump administration was "known as the Peace Presidency," explaining that calmer heads appeared to prevail during his time in office because "Israel's adversaries knew that ... there would be swift retribution if Israel was attacked."

"Under [US President Joe] Biden, the world is getting more violent and more unstable because Biden's weakness and lack of support for Israel is leading to new attacks on our allies," reads the statement.

Over the last several days, multiple rockets have been launched by Hamas, with retaliation by the Israel Defense Forces. Earlier, Israeli Prime Minister Benjamin Netanyahu vowed that Hamas and Islamic Jihad groups would pay a "heavy price" for the strikes.