The US House of Representatives passed a measure that would grant Washington, DC, statehood for the very first time in June 2020. However, the initiative was left in a permanent pause after the US Senate failed to take on the legislation. Multiple attempts have been made to make the nation’s capital the US’ 51st state to no avail. 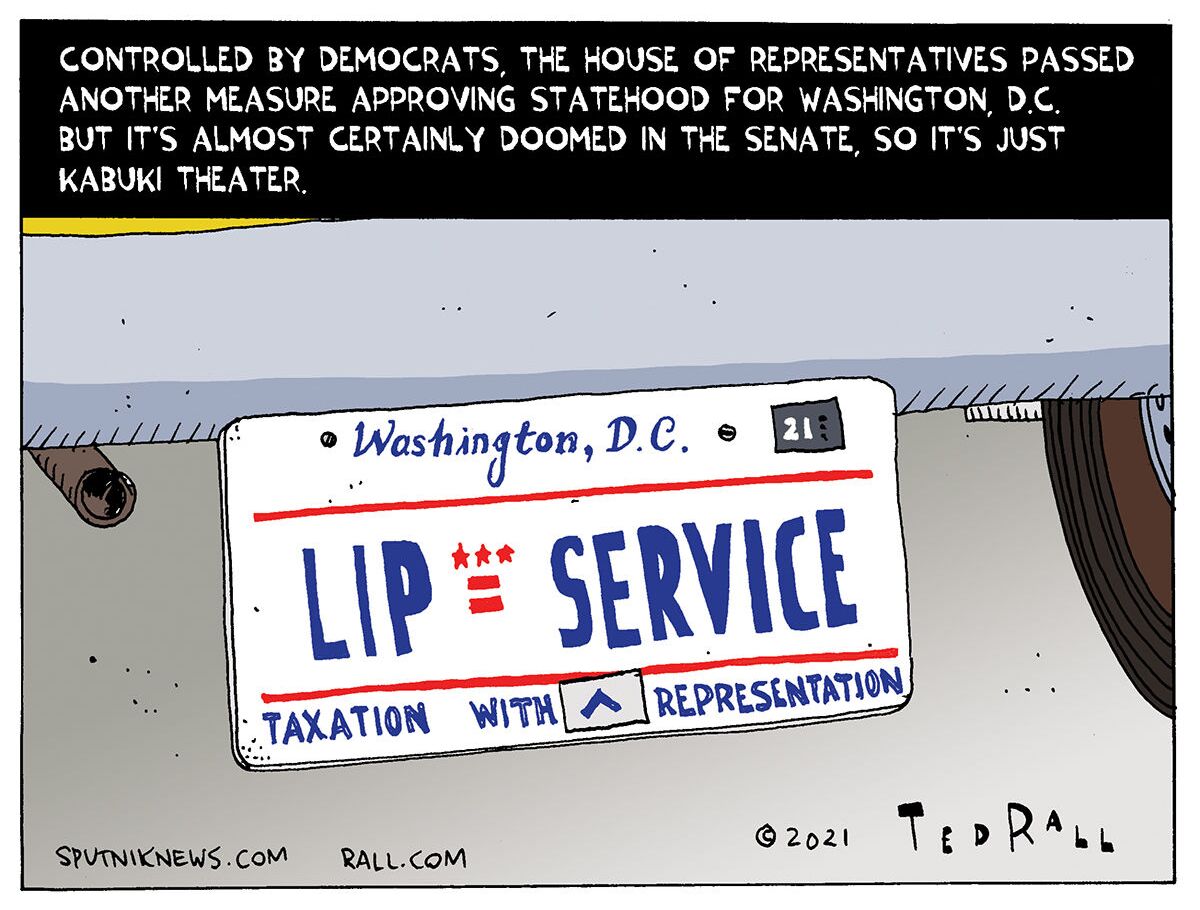 The US House passed legislation on Thursday to make the District of Columbia the next US state, setting in place a political fight that will more than likely be waged by Republicans in the Democrat-controlled US Senate. The measure cleared the chamber with a 216-208 vote.

The latest statehood effort would see the district given one representative and two senators, with a portion of regional lands, including those around the White House, US Capitol and National Mall, remaining as a federal district. The District of Columbia would also be renamed as “Washington, Douglass Commonwealth” after abolitionist Frederick Douglass, who lived in the area between 1877 and 1895.

Unlike in the US House, the bill faces a far tougher fight in the Senate, where Democrat control won’t be enough to overtake Republican efforts as members of the GOP are likely to use filibuster tactics to hamper the statehood bid. Republicans have repeatedly stated that the effort is being done to extend Democrats’ reach, further arguing that the Founding Fathers never intended for DC to become a state.

It’s unclear when the measure may be taken on by the Senate. US President Joe Biden has thrown his support behind the bill, noting in a statement that DC’s current status is an “affront to the democratic values on which our nation was founded.”

Diversionary Politics, PR Stunts, and the Lack of Statehood in DC