The Manhattan District Attorney’s Office initially began its criminal investigation into former US President Donald Trump in August 2019, when the office issued a subpoena to Trump’s accounting firm, Mazars USA, that sought eight years’ worth of tax returns and related documents. Since then, a nearly two-year court battle ensued. 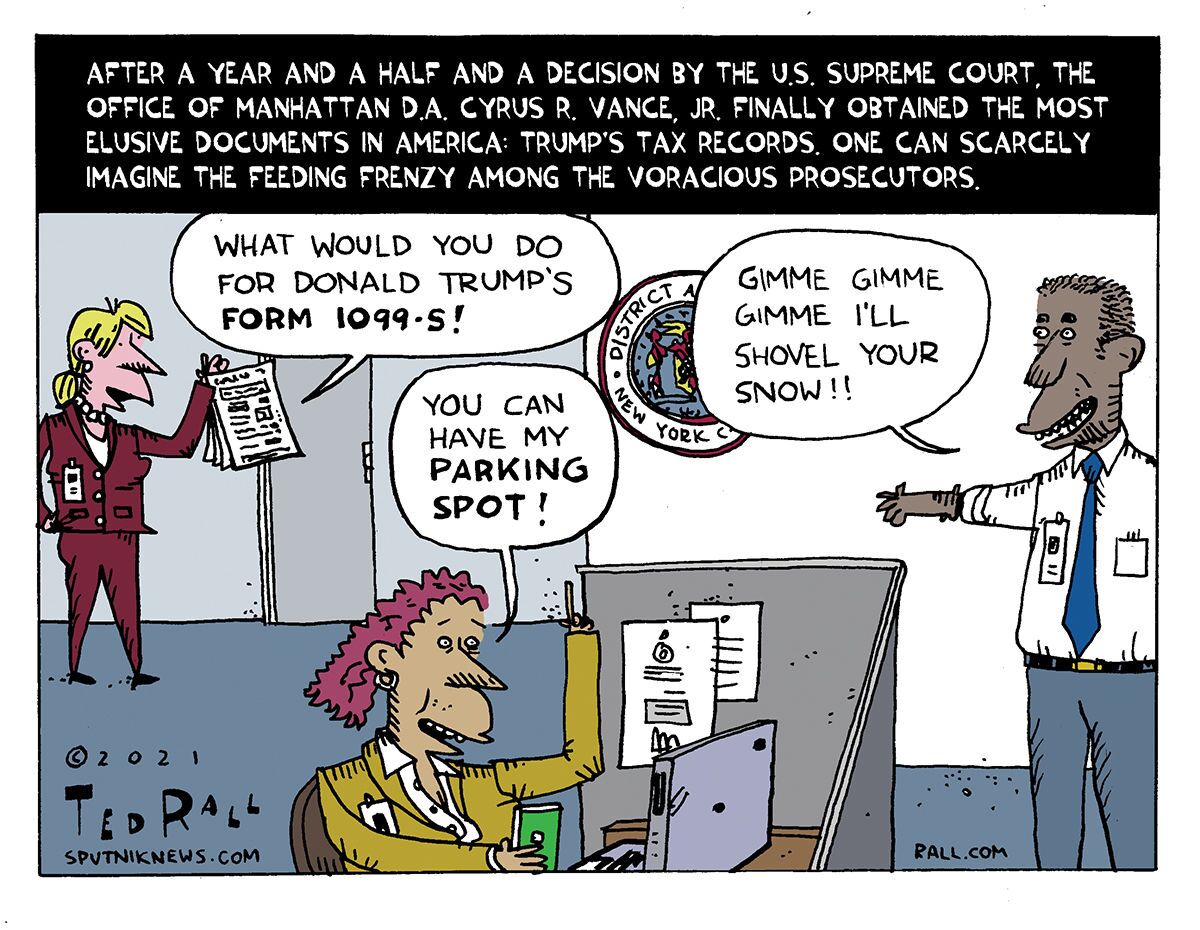 Trump’s tax records have been officially turned over to Manhattan District Attorney Cyrus Vance Jr., days after the US Supreme Court rejected the former president’s last-ditch effort to ensure the documents were shielded.

Reports suggest the much-anticipated handover of Trump’s taxes and related documents amount to “millions of pages.” However, it’s worth noting that the files are not likely to be made public, since they are protected by grand jury secrecy rules.

The latest development was confirmed on Thursday by Danny Frost, a spokesperson for Vance’s office. The agency’s probe seeks to use the newfound files to dig into allegations of tax and insurance fraud, hush-money payments made to alleged mistresses of the former commander-in-chief, and falsification of business records.

Trump has long referred to Vance Jr.’s efforts as a “fishing expedition,” and even the continuation of the “greatest witch hunt in history.” Welp, seems this fish may be getting closer to being reeled in, folks.

Video: GOP Leaders Clash Over Whether Trump Should Speak at Conservative Conference