Following an exit from the Oval Office, former US President Donald Trump relocated to Florida apparently to live out his post-presidency in what was formerly referred to as the Winter White House, leaving many curious as to what steps he may take next. 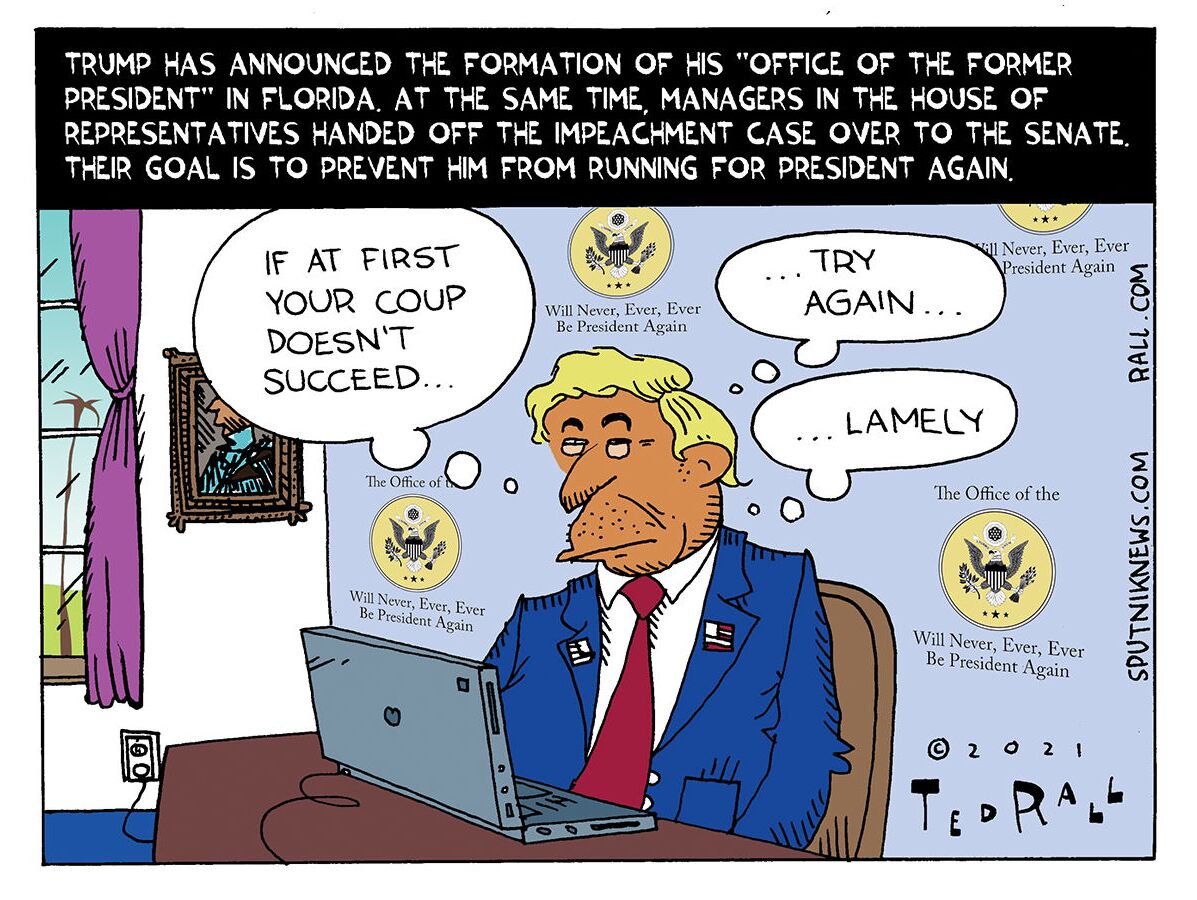 Trump announced late Monday the establishment of a post-presidency office in Palm Beach County, Florida, naming his newly-formed headquarters the “Office of the Former President.”

A release detailing the development notes that in addition to managing Trump’s correspondence, appearances and official activities, the office would carry on “the agenda of the Trump administration through advocacy, organizing, and public activism.”

The announcement came as managers of the House of Representatives officially delivered Trump’s second impeachment to the US Senate, an unprecedented occurrence in US history.

With the Trump Senate conviction trial set to take place in two weeks’ time, it’s fair to say the former president’s name is certain to stay in the headlines for the present moment. All press is good press when one intends to stay relevant and at the forefront of the attention of one's loyalists, right?