With an overwhelming amount of lawmakers in favor of impeaching US President Donald Trump in the wake of the Capitol riot, the president is quickly seeing his inner circle shrink right before his eyes, as he attempts to make the most of his last few days in office. 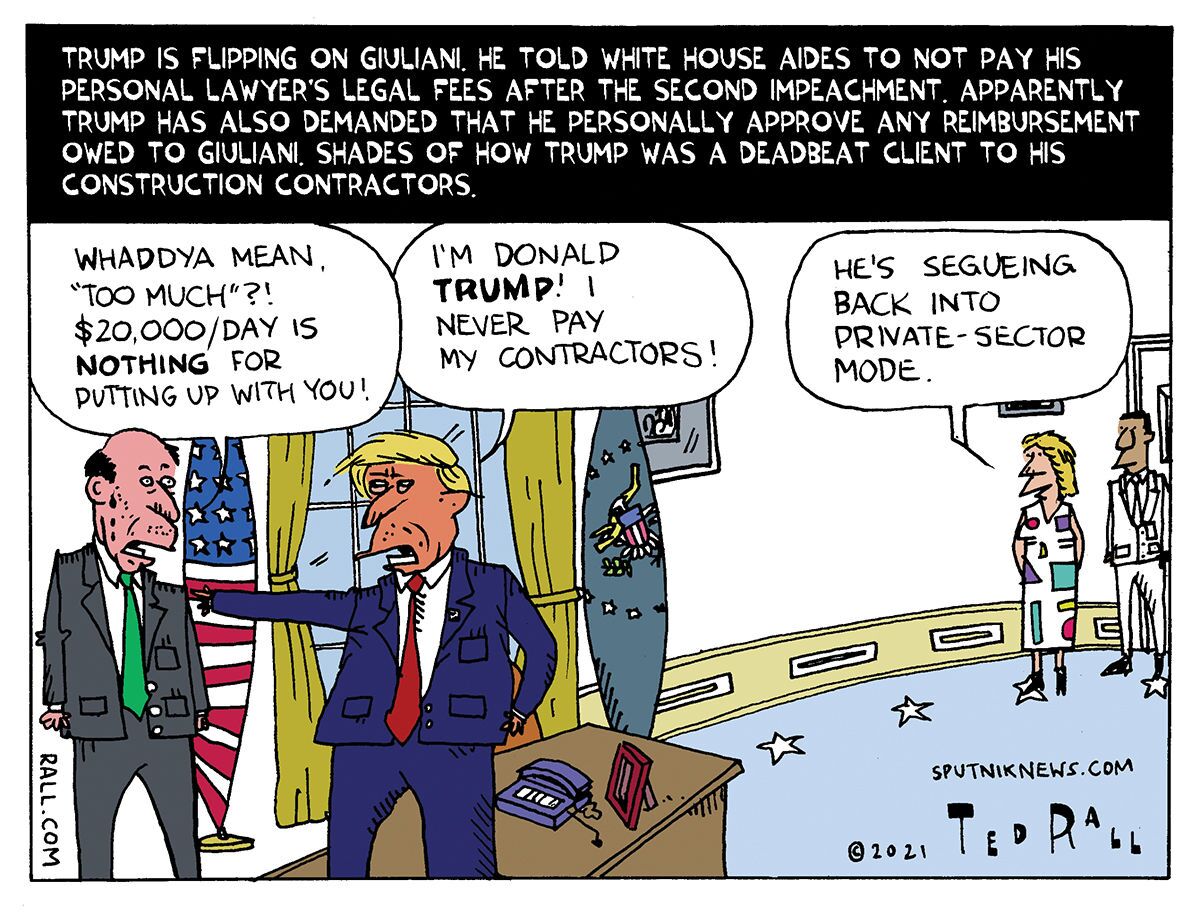 Since the January 6 insurrection, many of Trump’s allies have jumped ship on their own; however, when it comes to the president's personal lawyer, former New York City Mayor Rudy Giuliani, that’s not the case.

Reports surfaced on Thursday that Trump had instructed White House aides to not pay Giuliani’s legal fees, and that moving forward, the commander-in-chief would be personally approving any financial reimbursements that the lawyer was owed for travels.

Citing two sources with knowledge of the development, the Washington Post reported Trump’s relationship with Giuliani has splintered since the latest impeachment efforts took off, and that the president wasn’t exactly thrilled with a $20,000 bill Giuliani sent his way.

Incidentally, Trump’s alleged demands would seem to fit with past reports that he isn’t exactly known for paying bills. An analysis by the USA Today Network determined Trump or his companies failed to pay a variety of contractors, including plumbers, painters, waiters, bartenders, a dishwasher and a glass company, among others.

Some habits are just too hard to break, eh?