The latest antics by US President Donald Trump regarding the presidential election results come as the commander-in-chief has hailed congressional lawmakers who have indicated their intentions to object to the upcoming Electoral College certification. 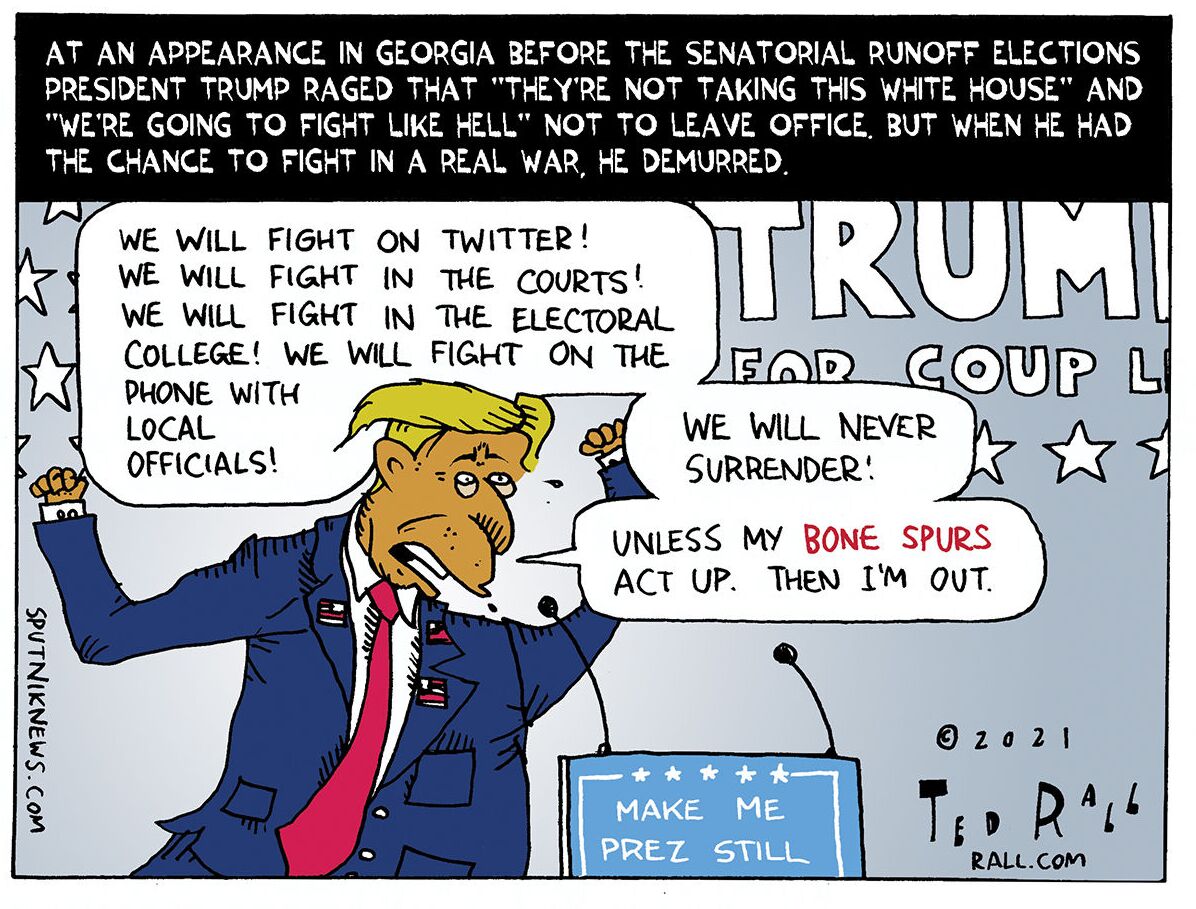 Still refusing to acknowledge his defeat in the 2020 election, Trump told supporters at a Georgia rally late Monday that the fight for the White House would continue, as he was not going to give up the Oval Office.

Trump appeared in Dalton, Georgia, to drum up support for the Republican candidates of the state’s runoff elections; however, the topic of discussion quickly shifted gears toward Trump's voter fraud allegations regarding the presidential election.

"They're not going to take the White House. We're going to fight like hell," Trump said. "When you win in a landslide, and they steal it, and it's rigged, it's not acceptable."

The US Congress is due to certify the results of the presidential election on Wednesday, a move which is likely to not go down smoothly, since several lawmakers have voiced their support for challenging the recount.

Only 15 more days until Inauguration Day, folks, and it’s anyone’s guess as to how the milestone day will go down.