US President Donald Trump seems to be living in an alternate universe with a different history, as he inaccurately claimed this week that the Spanish Flu pandemic of 1918 ended World War II – a conflict that did not begin until two decades later. 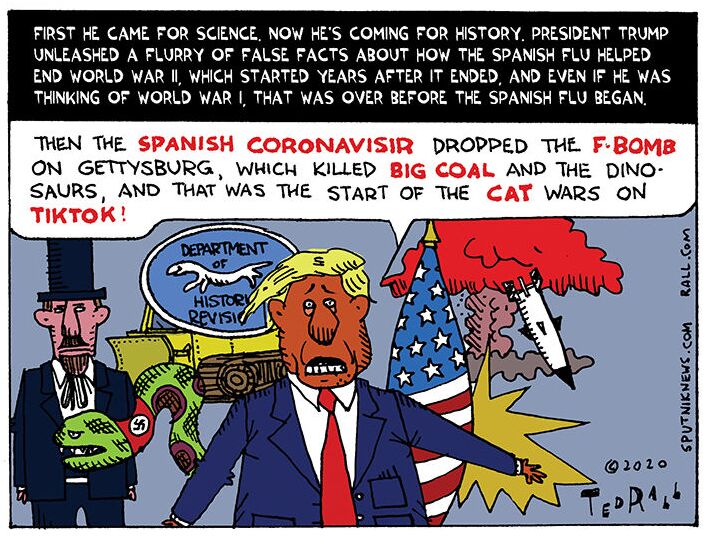 While speaking at a Monday White House briefing, Trump claimed that the 1918-1920 influenza pandemic had a likely role in ending World War II, which did not begin until 1939, as well as reiterating that the pandemic started in 1917.

While addressing the coronavirus pandemic, the president stated:

“Nobody understood it because nobody has ever seen anything like this. The closest thing is, in 1917, they say — right? The great — the great pandemic certainly was a terrible thing, where they lost, anywhere from 50 to 100 million people. Probably ended the Second World War; all the soldiers were sick.”

In reality, the Spanish Flu pandemic began toward the end of the First World War, not the Second World War, which did not even begin until almost two decades later, in 1939 in Europe, and did not end until 1945. Trump also incorrectly referred to the year of the 1918 pandemic as being 1917, despite his own grandfather dying from the disease in 1918 in New York.