US President Donald Trump’s former rival for the presidency, Hillary Clinton, has made an ominous prediction that The Donald may not leave White House if he loses his upcoming reelection bid. 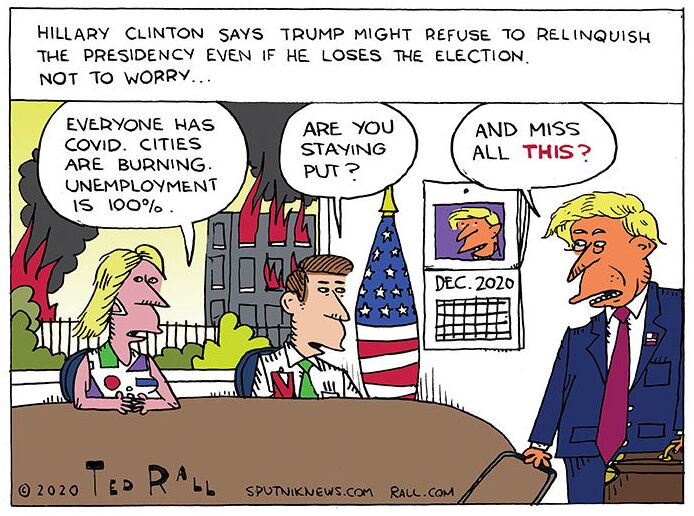 Clinton, who was the 2016 Democratic presidential nominee, recently suggested that the US needs to "be ready" for the possibility that Trump won't "go quietly" if he loses his run for a second term in a few months.

During a Monday video interview with Trevor Noah, host of Comedy Central’s “The Daily Show,” the former secretary of state under US President Barack Obama warned that Americans should prepare for Trump to blame widespread voter fraud if he loses to presumptive Democratic nominee and former US Vice President Joe Biden in November.

“Well, I think it is a fair point to raise as to whether or not, if he loses, he’s going to go quietly or not. And we have to be ready for that,” Clinton stated, suggesting Trump is attempting to undermine the election’s validity. She hinted that he may ultimately refuse to leave the White House if he is defeated.

Clinton also accused the POTUS of voter suppression, claiming that Trump is lying about fraudulent voting as well as discouraging voting by mail in an attempt to cheat the election.

She never gets tired of saying “I told you so.”