US President Donald Trump had yet another meltdown on Twitter on Thursday over the US Supreme Court ruling against him in his fight to keep his financial records from public view. 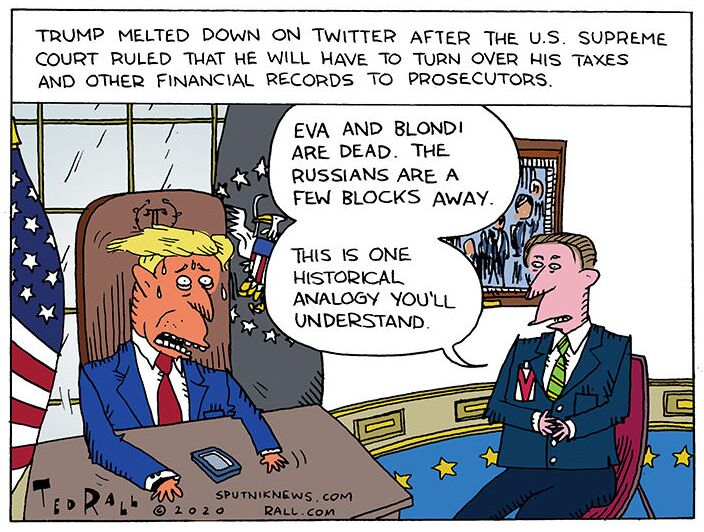 SCOTUS has ruled that Trump will have to keep fighting in order to keep his tax and financial records secret, allowing Manhattan’s district attorney to pursue a subpoena of the records and sending a similar case by House Democrats back down to the lower courts.

The fact that even the two conservative justices Trump appointed himself, Brett Kavanaugh and Neil Gorsuch, ruled against him has given The Donald some serious paranoia.

Trump, of course, took to Twitter to release his rage, blaming everyone from the “Federal Government” to the Democrats and his home city of the “politically corrupt New York.”

...Won all against the Federal Government and the Democrats send everything to politically corrupt New York, which is falling apart with everyone leaving, to give it a second, third and fourth try. Now the Supreme Court gives a delay ruling that they would never have given...

Manhattan District Attorney Cyrus Vance Jr. is demanding Trump's tax returns from last year as part of his probe into bribe payments to two women to keep silent about alleged affairs they had with Trump after he married Melania Trump, while the House Democrats aim to obtain his financial records to determine if foreign governments, including Russia, hold influence over him. They are also seeking records from banks and Mazars USA, the accounting firm employed by the Trump Organization.