Stephanie Grisham is stepping down as White House press secretary - a role she never really played, since she never held a press briefing. 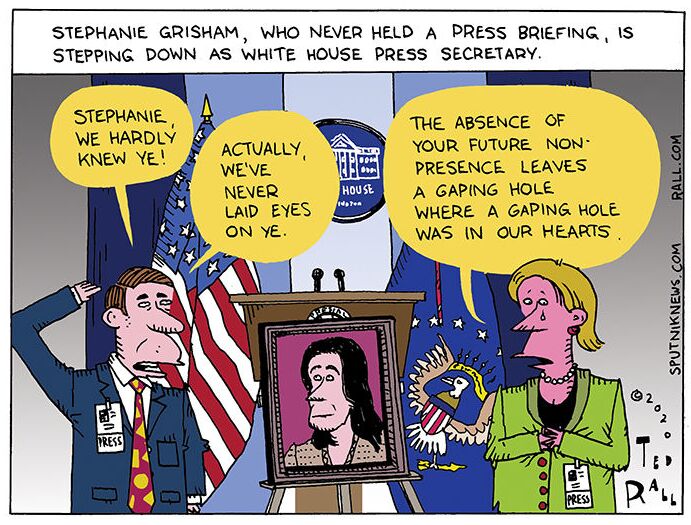 On Tuesday, the White House announced that Grisham will now serve as First Lady Melania Trump’s chief of staff and spokeswoman. Grisham had been working at the White House post since July 1, 2019, replacing her predecessor Sarah Huckabee Sanders, and was US President Donald Trump’s third press secretary.

During her tenure as press secretary, Grisham did not hold a single press briefing. She instead dispensed information to reporters via interviews, written statements and social media. Grisham has not yet commented on her departure.

Grisham’s exit comes amid efforts by POTUS’ newly minted Chief of Staff Mark Meadows to reform the president's communications department. CNN and the New York Times have reported that Trump's campaign spokeswoman Kayleigh McEnany will now take over as his new press secretary.

How will we miss her?