The United States capital has been embroiled in a slew of partisan politics lately, to say the least. After a fiery House impeachment inquiry followed by a Senate impeachment trial in which he was ultimately acquitted, US President Donald Trump is not forgetting those who went against him, even before the impeachment process. 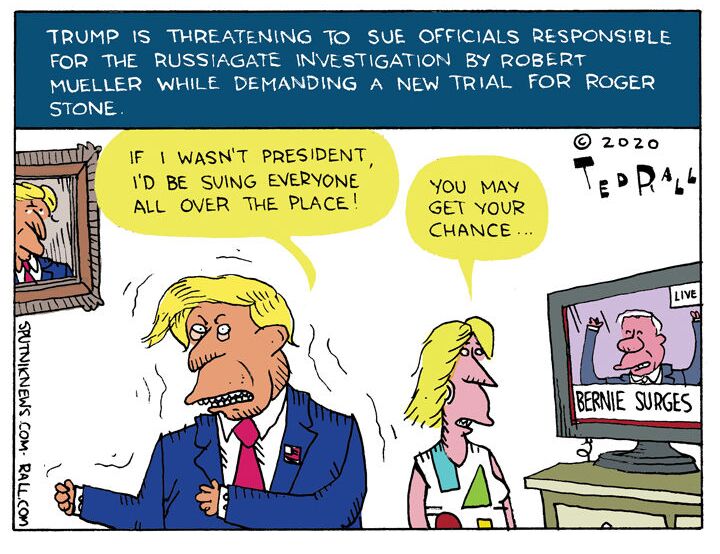 Trump’s latest Twitter rant, posted on Tuesday, was about how he may file retaliatory lawsuits “all over the place” over former special counsel Robert Mueller’s investigation of the Trump campaign’s alleged collusion with Russia during the 2016 US presidential election.

In addition to floating the possibility of lawsuits, Trump called for a new trial for his lifelong friend and confidant, Roger Stone, over tainted jury allegations.

“Everything having to do with this fraudulent investigation is badly tainted and, in my opinion, should be thrown out,” Trump said of the Mueller probe. “If I wasn’t President, I’d be suing everyone all over the place. BUT MAYBE I STILL WILL. WITCH HUNT.”

These were Mueller prosecutors, and the whole Mueller investigation was illegally set up based on a phony and now fully discredited Fake Dossier, lying and forging documents to the FISA Court, and many other things. Everything having to do with this fraudulent investigation is...

All four prosecutors quit the case after US Attorney General Bill Barr rejected their recommendation that Stone serve up to nine years in prison for lying during the Mueller probe as excessive.

Perhaps if enough parties are sued, the POTUS may have a higher likelihood of winning at least one case?