Everybody knows that currently, US President Donald John Trump is in the midst of the Senate impeachment trial aiming to remove him from the highest office in the land. One may think he would turn to his favorite news outlet Fox News for comfort and support, but this does not seem to be the case. 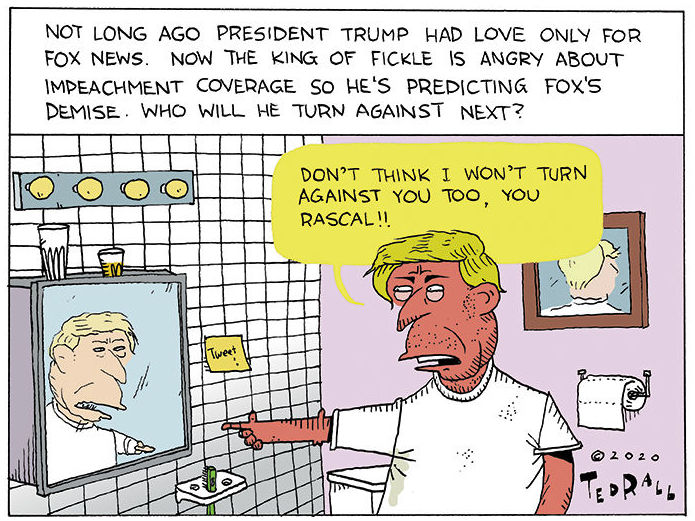 Trump instead has predicted the death of Fox News, writing Tuesday on Twitter that Fox is “dying in the ratings,” and that “this will be the beginning of the end” for the station which he once vehemently praised. Trouble in paradise for Trump, it seems.

The president lashed out at his favorite network mouthpiece simply for having Democrats on-air, predicting the channel would soon see its ratings drop, just like “Fake News CNN” and “MSDNC.” The commander-in-chief lambasted Fox for "trying to be so politically correct" by having Democrats on-air following an appearance by Sen. Chris Van Hollen (D-MD) on "America's Newsroom."

.....So, what the hell has happened to @FoxNews. Only I know! Chris Wallace and others should be on Fake News CNN or MSDNC. How’s Shep Smith doing? Watch, this will be the beginning of the end for Fox, just like the other two which are dying in the ratings. Social Media is great!

As shocking as it may be that the president has once again chastised his favorite media network, it isn’t much of a change from his regular rhetoric that the media is evil, biased, and corrupt.

Let us hope The Donald may find a news network to his liking!