While the House Democrats’ impeachment inquiry into US President Donald Trump continues, 45 and his allies are attempting to round up Republican support by conflating the investigation into Trump’s alleged misdeeds as an attack on the GOP as a whole. 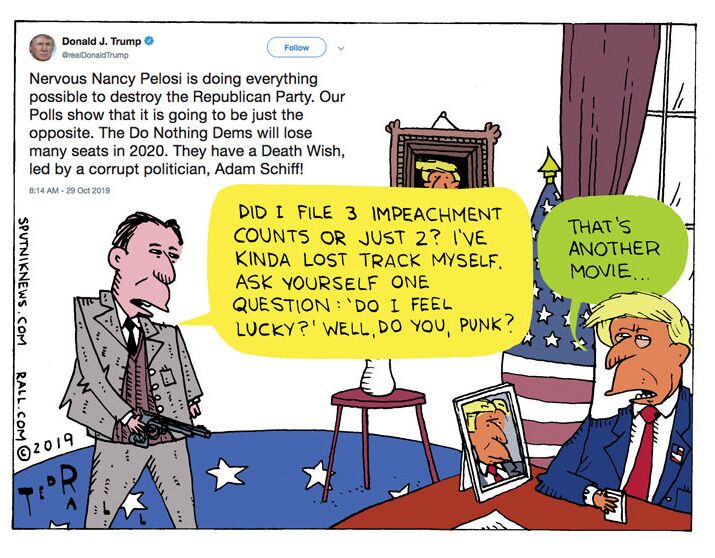 Even though the House Democrats’ investigation deals with Trump’s potential impeachment, the US president attempted to change the narrative Tuesday, calling the process an attack led by the “Do Nothing Dems” to “destroy the Republican Party.”

According to Ingraham, “Republicans in the Senate need to step up” against Trump’s potential impeachment “or get out” of Congress. She didn’t stop at lawmakers, however. According to her, the impeachment of Trump would ignite the Democrats’ "multi-year revenge tour on red state America" and allow them to "take our freedom” and “brainwash our kids.”