Canadian Prime Minister Justin Trudeau’s past deeds came back to haunt him on Wednesday after TIME Magazine presented the first of several images and clips of Trudeau altering the color of his skin to mock individuals of different backgrounds. 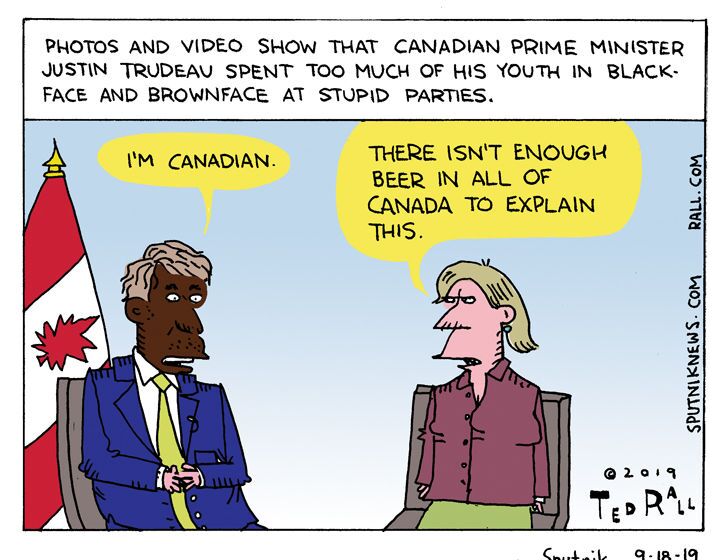 The politically correct prime minister who once scolded a woman for using “mankind” instead of “peoplekind” during a town hall in Edmonton, Alberta, is now on the receiving end of his own crash course in social sensitivity after having his own misdeeds put on blast.

Though TIME Magazine was the first outlet to break the story of Trudeau’s “brownface,” it didn’t take long for others to uncover additional instances of the prime minister trying on and mocking other cultures.

So now there are MULTIPLE pictures of Justin Trudeau wearing blackface?

I guess the ol “he made ONE mistake a long time ago” excuse won’t work, if this is a PATTERN for him.

During what should have been simply a heartfelt apology of his past deeds, Trudeau made sure to let people know that while he was sorry, he has always been “more enthusiastic about costumes than is sometimes appropriate."

When asked by reporters on Thursday whether any more images were out there, Trudeau replied that he was “wary of being definitive” because he had not even remembered the ones that already resurfaced.