Following the designation of China as a currency manipulator by US President Donald Trump’s Treasury Department, 45 himself took to Twitter on Tuesday to declare that the US, despite being embroiled in a tense trade war with China, is in “a very strong position.” 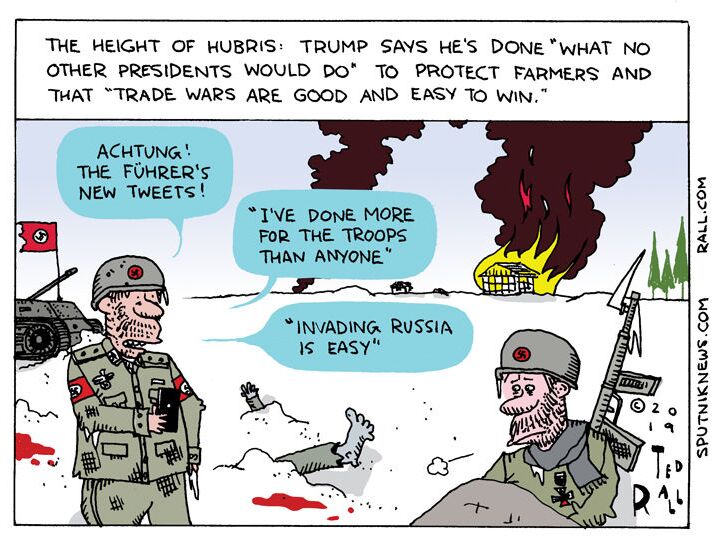 Amid a slew of videos clips of pundits Lou Dobbs and Jim Cramer praising Trump’s stance against China, the president continued to pat himself on the back, claiming that “companies are coming to the US in big numbers.”

Though Chinese companies have abruptly halted purchases from the US’ agriculture industry in response to Trump’s upcoming 10% tariffs on some $300 billion worth of Chinese imports, Trump assured “American Farmers” that “China will not be able to hurt them.”

Data, however, shows that Trump, who touted that “trade wars are good and easy to win” in March 2018, has a pretty narrow vision when it comes to saving said “American Farmers.”

The Washington Post reported that in a weekly agricultural conference call on July 30, Senate Finance Committee Chairman Chuck Grassley (R-IA) said the lack of hard payment caps on the Trump administration’s trade war aid for farmers has led to a gross misappropriation of funds. According to the nonprofit Environmental Working Group, a tenth of recipients received more than half of the available $8.4 billion of aid.