Edwards Air Force Base, more commonly known as Area 51, has been the subject of countless conspiracy theories for decades, but a recent surge of social media memes and a Facebook event with a large RSVP list have put the United States Air Force on high alert for people who want to “see them aliens.” 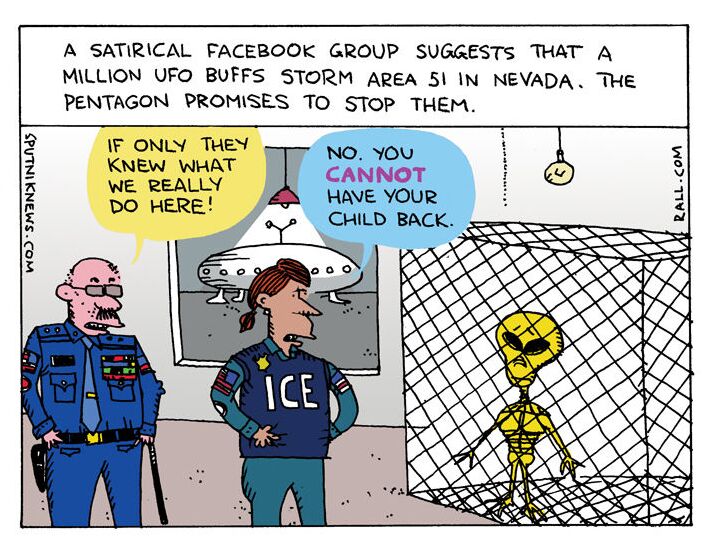 The Facebook event “Storm Area 51, They Can't Stop All of Us” did not go over well with US Air Force officials, who see the 1.4 million-attendee event as a recipe for disaster.

The event, which also spurred an official website selling merch, asks attendees to meet up at the “Area 51 Alien Center tourist attraction” on September 20 if they want to “see them aliens.”

“[Area 51] is an open training range for the US Air Force, and we would discourage anyone from trying to come into the area where we train American armed forces. The US Air Force always stands ready to protect America and its assets,” Air Force spokesperson Laura McAndrews told potential trespassers earlier this week.

This all came about following a May New York Times report that revealed US Navy officials, within new classified guidance standards, described the procedure for reporting “unexplained aerial phenomena, or unidentified flying objects," breathing renewed life into classic conspiracy theories.

'Anything is Possible': Trump's Take on UFO Sightings and Alien Wrecks Galvanizes Twitter