Segregationist Sympathizer On Wednesday, former US Vice President Joe Biden doubled down and defended his romanticization of time spent working with senators who opposed efforts toward desegregation, saying it was wrong of his fellow Democrats to criticize his comments because there’s “not a racist bone” in his body. 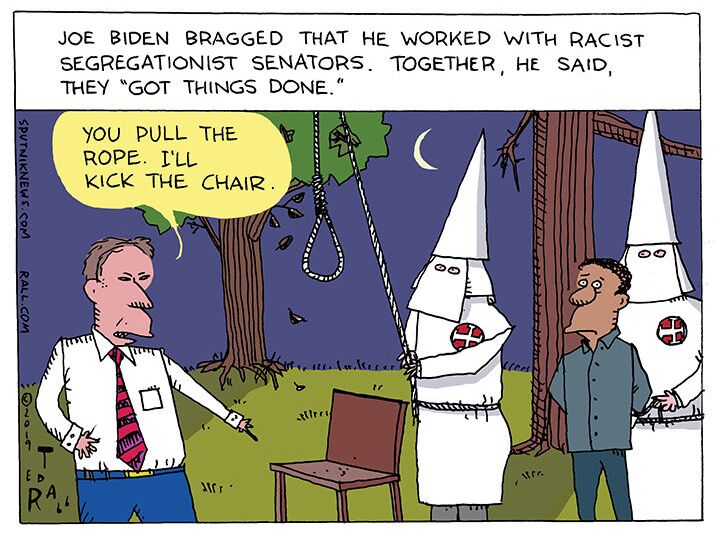 Following a fundraising event in Bethesda, Maryland, Biden pushed back against US Senators such as Kamala Harris and Cory Booker after they denounced the former VP’s comments on segregationist, Democratic Senators James Eastland and Herman Talmadge.

"Cory should apologize," Biden remarked Wednesday. "He knows better. There's not a racist bone in my body. I've been involved in civil rights my whole career."

For the record, Cory Booker does *not* owe Joe Biden an apology for pointing out that waxing nostalgic about working with segregationists is insensitive.

“He knows better?” Really? What is “better?” To stay quiet about it? https://t.co/RvFzqAXPI5

However, Biden did pick up the phone to speak with Booker following the former’s Wednesday evening demand that he apologize. Though not much is known about Biden and Booker’s conversation, a spokesperson for Booker’s campaign told The Hill, "Cory believes that Vice President Biden should take responsibility for what he said and apologize to those who were hurt."