In a bold Monday night tweet, US President Donald Trump proudly announced the Immigration and Customs Enforcement agency (ICE) would begin removing “millions” of “illegal aliens” from US cities. Through what means? That’s anyone’s guess. 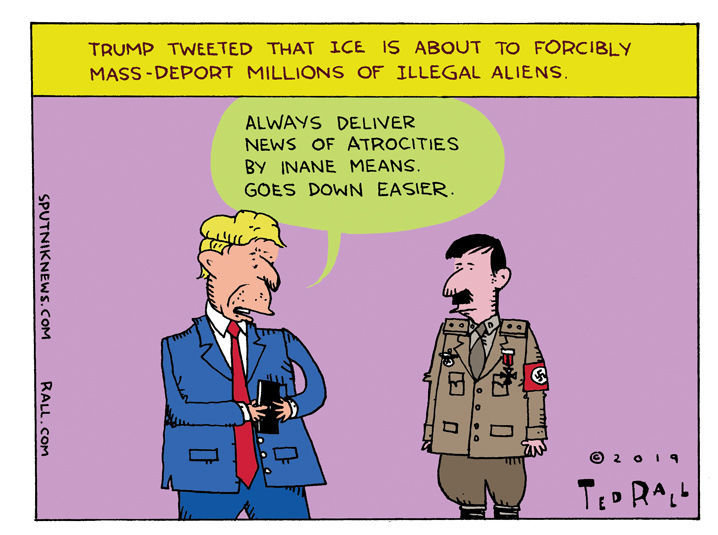 Informing the world about the federal agency’s upcoming plan, Trump also took time to publicize the US government’s divide, asserting that the Democrats were to blame for the “border crisis” and loopholes in the US immigration system (though he did not give any examples).

“So clearly, we don’t have the resources to deport, you know, 11 million people in a short period of time,” acting ICE Director Mark Morgan told The Hill in response to Trump’s very public announcement of the country’s forthcoming deportation plans. “But we have and we remove people every single year. And we're going to continue to do that.”’

This also comes days after Morgan told the Courier Journal that ICE discovered hundreds of Central Americans who created “fake families” and rented children in hopes of being allowed entry to the US via the southern border.

US, China to Begin New Trade Talks on Wednesday - Trump