On Thursday, top House Democrats “respectfully” wrote to US President Donald Trump, calling for him to rescind his plan to use Washington’s Fourth of July celebration as an opportunity to address the public with presumably partisan talking points. 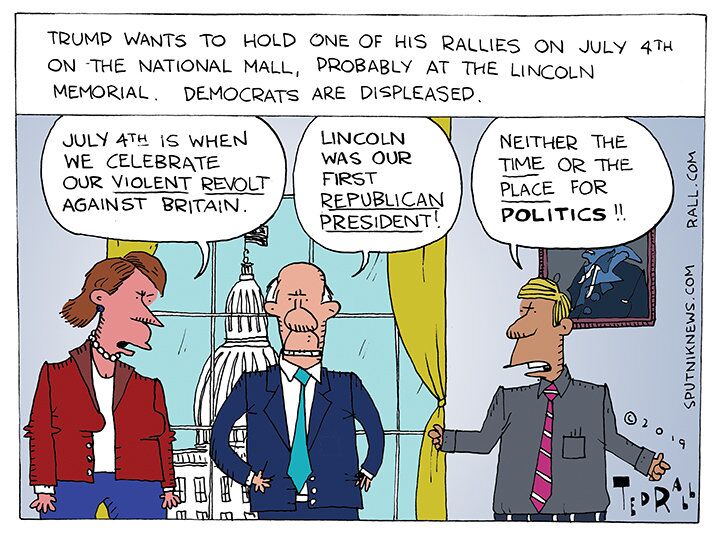 Additional security at the expense of the taxpayer is to be expected next month if Trump makes good on his promise to deliver a keynote address during his revamped version of the Independence Day celebration on the National Mall.

House Majority Leader Steny Hoyer, Rep. Betty McCollum and Rep. Raul Grijalva asserted in their letter to Trump that his "partisan campaign rally" would be at the public's expense (in both safety and cost) during a time when the nation should be focusing on the sacrifices made by past generations "to win independence."

Mayor of Washington, DC, Muriel Bowser also pushed back against Trump's planned appearance, telling the Washington Post last month that the event has historically been a "well-oiled machine," and the primary concerns are making sure people have a good time but are safe in doing so.

"If we have to put more police to cover his movements, more police for the fireworks and an additional location for police where the fireworks are going to get set off, that puts a strain on us," Bowser pointed out, pledging to not allow Trump's visit to "impact neighborhood safety."