The future of press freedom has become a topic of conversation since the US Department of Justice announced Wednesday that not only would WikiLeaks founder Julian Assange face 17 additional criminal offenses, but he would also be prosecuted under the 1917 Espionage Act. 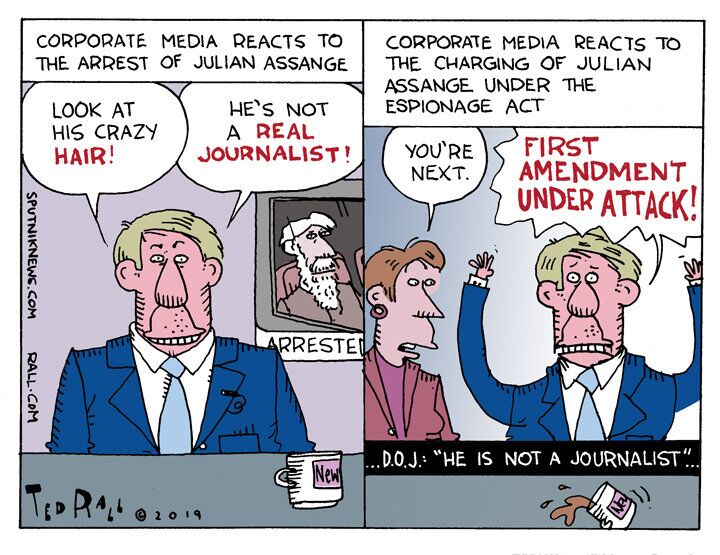 Assange remains in a UK jail after recently being sentenced to 50 weeks in prison for breaching bail, but the WikiLeaks founder now faces up to 175 years in prison for what the US Department of Justice calls "one of the largest compromises of classified information in the history of the United States."

Though additional charges against the 47-year-old were expected by those in support of and opposed to Assange, outrage and confusion from individuals, ranging from US politicians to fellow whistleblowers, was heard in response to the DoJ revealing he would be prosecuted under the Espionage Act.

Referencing the the Act's "US Code § 793," which deals with gathering, transmitting or losing defense information, Joe Lauria, editor-in-chief of Consortium News, told Sputnik things could get tricky because "there's no doubt that journalists, all the time — including Assange — obtain, and hold and possess classified information and disseminate it."

Responding to the indictment, WikiLeaks issued a statement, calling the move an "unprecedented attack on the global free press."

Whistleblowers Chelsea Manning and Edward Snowden, as well as The Committee to Protect Journalists, have also come out in condemnation of the indictment.