Following the Thursday arrest of WikiLeaks co-founder Julian Assange in London, the Australian journalist’s future remains in limbo, as what started out as a pickup for skipped bail by British authorities could ultimately lead to his extradition to the US for further trial. 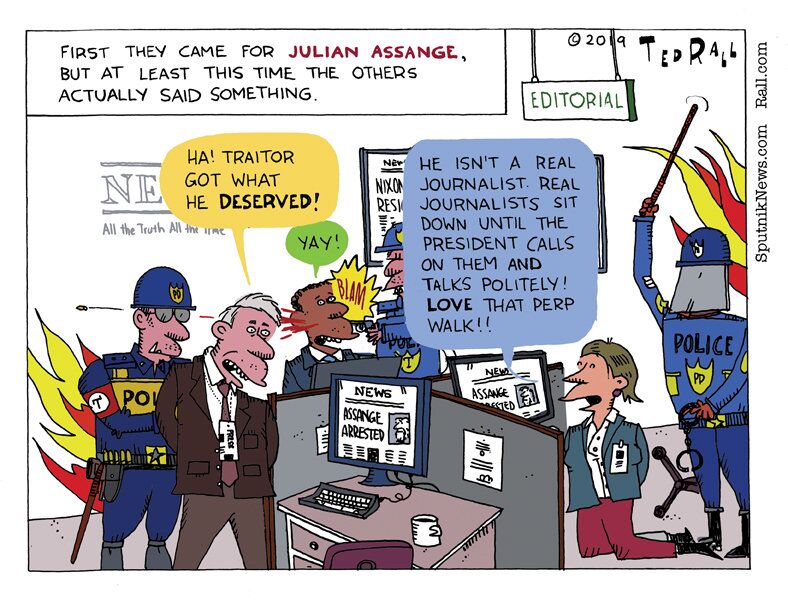 Moments after British police stormed the Ecuadorian Embassy in London and carried out Assange, the US Department of Justice piled on, calling for his extradition while announcing their own charges related to conspiracy to assist Chelsea Manning in hacking a US government computer.

Despite the US announcement, it's up in the air when Assange will be extradited to the US — if he is at all. UK Labour Leader Jeremy Corbyn, however, has come out in defense of the 47-year-old on Twitter, saying he should not be turned over to the US "for exposing evidence of atrocities in Iraq and Afghanistan."

Assange's future may be in limbo, but Ecuador's President Lenin Moreno recently decided to discuss the WikiLeaks co-founder's past in the embassy, which has housed him since he first sought political asylum in 2012.

"We've ended the asylum of this spoiled brat," Moreno, discussing Assange, was quoted as saying by AP. "From now on we'll be more careful in giving asylum to people who are really worth it, and not miserable hackers whose only goal is to destabilize governments."

Though Assange's freedom may remain in limbo for months or years to come, one thing is certain: his cat, Michi, has been living a much more free-range life since departing the embassy in September.