As US President Donald Trump continues to pressure the Mexican government regarding migrant caravans and the border, his most recent threat - to close the border to “all trade” - has stoked fear about about a possible crisis involving many Americans’ select superfood: avocados. 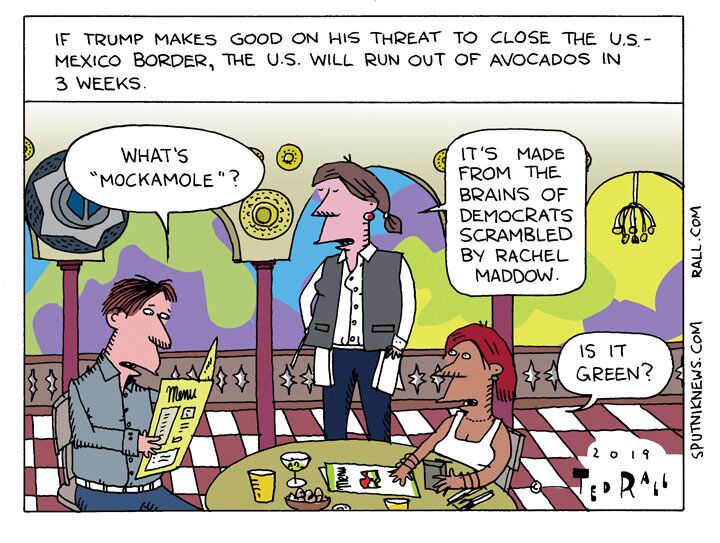 The meals and minds of millennials are on the line as reports claim a possible avocado shortage — or worse — may strike the US as Trump threatens to cut trade with Mexico.

"You couldn't pick a worse time of year, because Mexico supplies virtually 100 percent of the avocados in the US right now," Steve Barnard, the chief executive of Mission Produce, the world's largest grower and distributor of avocados, told Reuters Monday.

Barnard also revealed that the avocado shortage could quickly revamp brunches everywhere as the final shipments of the superfood would only last Americans an estimated three weeks before running out or going rotten. To make matters worse, there are few US farms that could even begin to supply the country.

"California is just starting, and they have a very small crop, but they're not relevant right now and won't be for another month or so," Barnard cautioned.

Better save those pits!