Though the report from special counsel Robert Mueller’s investigation into alleged Russian meddling in the 2016 US presidential election remains unreleased, major news outlets continue to fill their news hours with hearsay and anonymous “tips” concerning its debut. 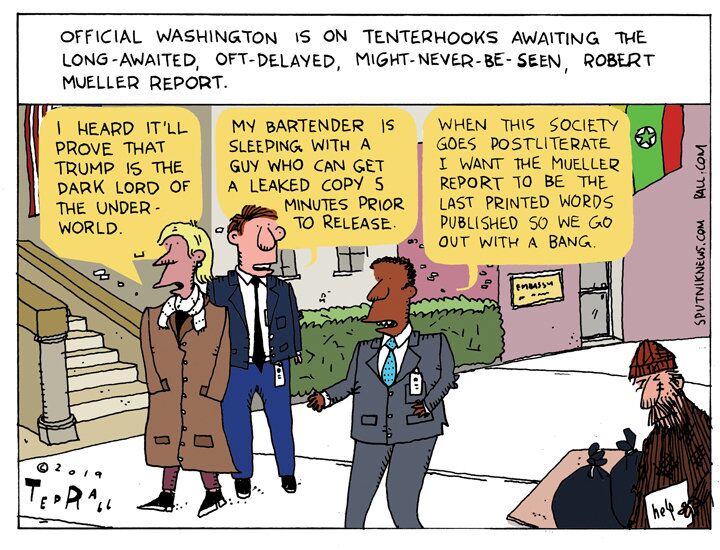 Exactly a month after CNN, the New York Times and other popular outlets reported Mueller's findings would be revealed in a week, the American public is still being baited with vague, misleading headlines backed by no known timetable.

US Attorney General Bill Barr, who will receive the full confidential report from Mueller, has made it clear that he has not received the special counsel's conclusion. Furthermore, the AG is not required to release the report in full — or at all — to the public.

US President Donald Trump told reporters Friday that he has "no idea" what stage the investigation has reached, but he doubled down on his innocence earlier in the week by saying he would not mind if the public viewed the report.

In response to reporting on the investigation, a Friday article published in the Columbia Journalism Review suggests journalists should consider placing more focus on "recording the present than on anticipating possible futures."